In  the Uvda basin in the desert of southern Israel sits a 7,000 year old Temple.   Here at the heart of the agricultural revolution, before the written word or any organized religion as we know it today, a small group of people began to settle in one place to cultivate crops and animals.    They also began to worship something, perhaps the sun, perhaps their own ancestors, and intriguingly, perhaps the local scourge, the wild leopard.

They built a rectangular wall, only two feet high and 35 feet to a side.  At the western tip of the diamond (imagine home plate on a baseball field) is a little enclosure, a holy of holies, with 17 small standing stones,  each a foot or two in height, a miniature Stonehenge, clearly of spiritual significance.  Uzi Avneri, the archaeologist who has studied this spot more than anyone alive, believes that theirs was a ritual of honoring their deceased.  He points out that in pre-industrial societies, a Temple that points West, in the direction of the setting sun, signifies a death-cult, with the setting sun symbolizing the descent of life into the beyond.  Other experts note that on the Winter Solstice, the shadows cast by the stones of the Temple at dawn form a precise right angle, and suggest the possibility that this was an agricultural calendar.  The farmer who plants on that day (in the desert, the beginning of Winter would be the planting season) will have a successful crop.

Perhaps more intriguing is the primitive montage adjacent to the Temple on its Eastern Side.   Mosaics of small stones, forced into the ground, each portray a connect-the-dots version of a leopard.   All of the leopards are facing east.  One animal in the group, an oryx (a beautiful white relative of the antelope with long delicate horns) is facing west.    Like the small standing stones on the other end of the Temple, there are 17 animals represented.   Perhaps a coincidence.

The place is mysterious.    It brings up far more questions than it answers.    Was each leopard there to protect a corresponding ancestor-stone from an eastern attack?  Perhaps the leopards were there to protect the settlers, or their crop or their Temple.  Did these farmers venerate the thing that they feared most, the leopard, who could prey on their animals and haunt their dreams?  Were the leopards a symbol of fertility?  Was there, perhaps, no connection between the leopards and the Temple other than proximity?

It is a four hour hike (or a half-hour drive) from my home on Kibbutz Ketura to the Leopard Temple.  Here in the empty desert, I feel the fragility of life, and of our species.  These people, in this harsh environment, had learned for the first time in human history that there was something to be gained by banding together with other families, settling in the same place, farming together, sharing a vision, a spiritual life, and with any luck and the right weather, a few pots full of grain, to survive the year.  They are not so different from us, just with stones, instead of smart phones. 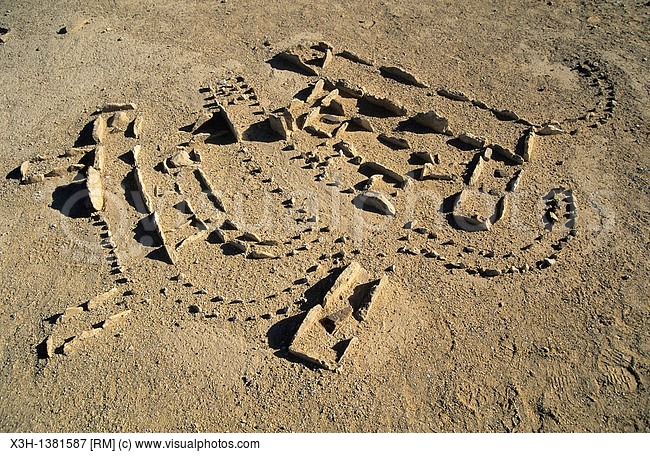 leopards – primitive mosaic
About the Author
Bill Slott is a licensed Israeli tour guide who has hiked and biked the length and breadth of the country. Bill is a member of Kibbutz Ketura, where he has lived since 1981 with his wife and three daughters.
Related Topics
Related Posts
Comments