I was intrigued in recent weeks by the phenomenon of the titan arum, or corpse flower, at the New York Botanical Garden. If you missed it, this particular flower only blooms every 10 years and the Botanical Garden in New York has not had one blossom since 1939. Once it blooms, the flowers lasts just a few days and then disappear again for another decade or longer. There were actually cameras trained on the plant for weeks as no one was entirely sure when it was going to burst into flower. It’s nicknamed the “corpse flower” because it has a strong and unpleasant odor that helps to actually attract the specific kind of beetles that the plant needs for pollination. 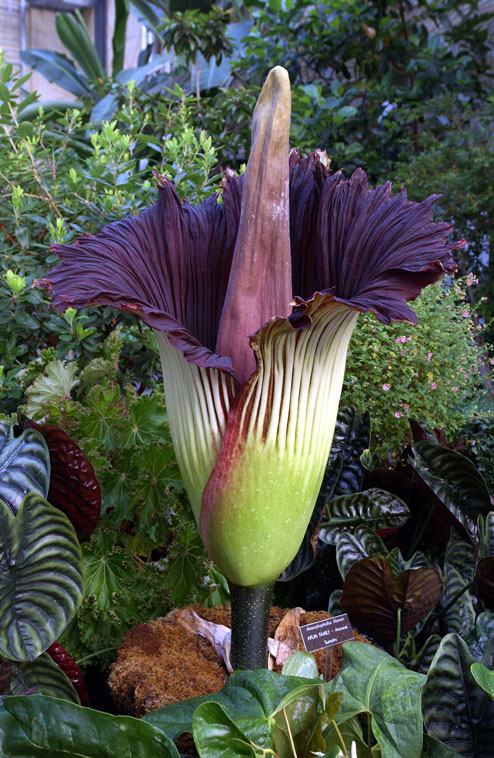 Clearly I am not the only one who found this fascinating, reports I read were that there were people standing in line for hours just to look at this particular specimen in bloom. They were, I am sure, intrigued by not only how rare and unusual this was but also by the idea that something so hidden would be revealed and revealed so briefly.

The analogy that sprang to me with this rare flower was of those persons with advanced dementia. As we know, dementia affects more than 5.3 million Americans. This disease, as it progresses, locks the individual inside, not only with the loss of memory but often in late stages with the loss of many other functions including loss of speech. It is a difficult diagnosis for a family—devastating, certainly, to the person who has it but equally challenging for loved ones who lose the person they have always known, who find them physically present but far from the same.

Those of us who work with, or care for, individuals with dementia are always looking for the “key,” some way to unlock the person that is still there inside. We’re looking for those moments that will elicit response that will cause the eyes to light up and engagement— in whatever form — to take place. It is not easy and the answers are rarely clear. Yet the moments when it happens can not only be powerful, they can reconnect to that individual, that person that disease has hidden from us.

What are some of those tools we use? One key one is creative expression. Music can have incredible impact. I keenly remember a man who lived in a secure dementia unit. He sat slumped in his wheelchair, unresponsive, for days on end. One day the music therapist was in the area and put on a CD of an opera. This man straightened up in his chair and she began to speak with him, eventually getting him to nod or shake his head in answer to her questions. Over the course of months, with music as their language, he began to respond, not with words but with songs. Songs he had learned in his youth, when he had trained as an opera singer.

Art is another medium we use, art that allows the individual to make choices and create, art that is failure free and adult. Having the ability to decide what we want to do, creating something that gives us a sense of accomplishment—we all feel the power of that, including those with dementia.

One morning I observed a woman skilled in interacting with persons with dementia having a conversation with a resident who no longer spoke and rarely responded. In fact, this resident died within days after this encounter. I watched as the woman bent close to the resident and spoke to her. She told her where she was from and asked the resident if she had ever visited there. The resident nodded her head. The woman said that one of the things she loved about where she lived was a great dance festival they held there yearly. Did she know of it? Again, a nod of the head and I could see the light in her eyes. Were you in the audience, she asked. A shake from side to side, definitely a no. Were you a dancer, she asked. And then came the full nod, a nod of recollection, a nod of satisfaction that someone saw her for who she was and not just a woman with end stage dementia, sitting in a wheelchair.

Like the titan arum, there is no predicting when a person with dementia will open up, even the tiniest bit, and show us the flower that is still inside. Like this unusual plant, we must nurture and care, we must pay attention, we must provide the right environment. And we must never lose sight of the possibility that we will get a glimpse of the unique and beautiful flower that continues to exist.