Seventy-two year ago, as the Altalena burned on the beachfront of Tel Aviv, the Jewish people were poised on the brink of civil war. In today’s polarizing times, with yet another election looming in Israel, we need to learn from that lesson to ensure that history does not repeat itself. 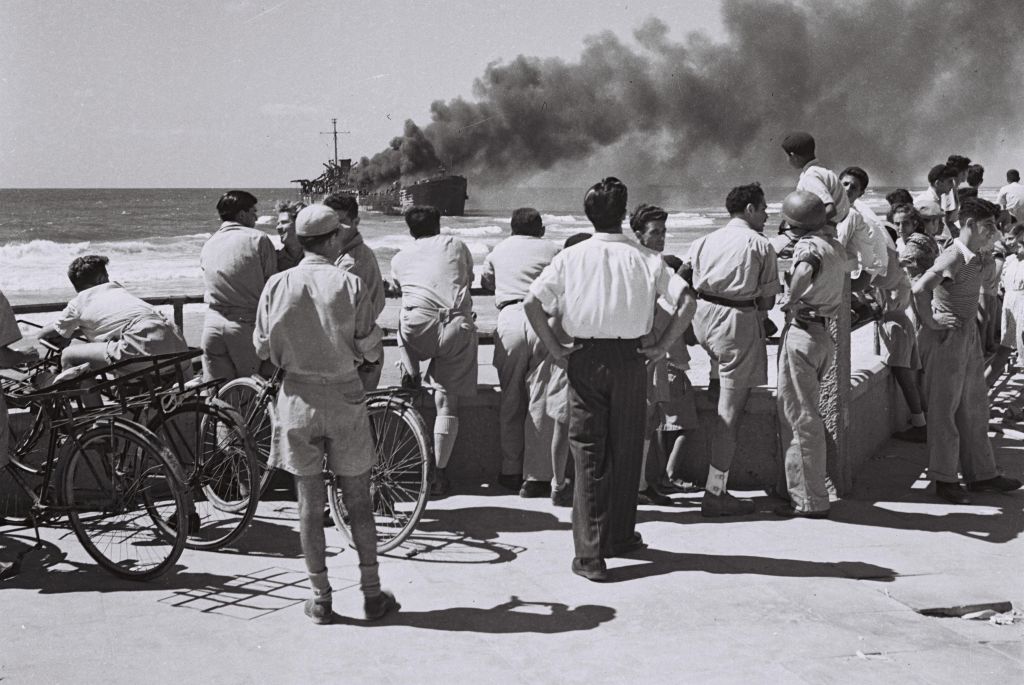 The “Altalena Affair” reflected the birth pangs of the new nation. In the course of the first month of the War of Independence the renascent Jewish State lost 1,176 soldiers. Although no exact statistics are available, the losses of the invading Arab armies were also extremely high. Therefore both sides readily accepted the UN brokered truce. They both had valuable breathing space for rest, redeployment, training and planning. It was on the same day as the truce agreement that the Altalena left the same French port the ill-fated Exodus had set sail from the previous year.

On June 20, 1948, in the midst of the cease-fire during the War of Independence, the Altalena, charted by Menachem Begin’s Irgun (Etzel) carrying, in addition to 940 immigrants, two hundred and fifty light machine guns, five thousand rifles, a large quantity of ammunition and weapons, arrived off the shores of the newly created State of Israel. A few days later, the Altalena was a burnt out gutted wreck seven hundred meters off the Tel-Aviv seashore.

There are two different accounts as to why the Altalena was destroyed on Ben Gurion’s orders. Begin claimed that he was bringing the much needed arms both to his Irgun fighters, who had been integrated into the IDF a month previously, and to the independent faction fighting in Jerusalem. In contrast, Ben Gurion claimed that the Irgun was attempting a putsch. The ship initially landed at Kfar Vitkin and unloaded most of the refugees. The Haganah forces then gave Begin and his men a ten-minute ultimatum to hand over all of his arms. Begin wanted to negotiate. The tense stand off was broken by small arms fire and there were casualties on both sides.

In the midst of the shooting at Kfar Vitkin the Altalena weighed anchor and headed for Frishman Street in Tel-Aviv. Begin hoped that he would be able to negotiate, and thereby avoid further bloodshed. Ben-Gurion saw it in a more serious light. At a press conference once the Ship reached Tel-Aviv the Foreign Ministry announced:

The Government is resolved to maintain its sovereignty and its ability to fulfil its international obligations. It will not permit undisciplined armed groups to foster political and military anarchy. The Etzel ship must be turned over to the Government immediately and unconditionally.

The Commander of the Palmach forces on the Beach, Yitzchak Rabin, recalled that, “there was a feeling of a military putsch…it was one of the most difficult moments I remember. ” When the firing started on the beach in Tel-Aviv, it was intense, as every one had strong feelings and emotions about the other faction. Rabin, in justifying Ben-Gurion’s decision to use force, declared that, “if Ben-Gurion hadn’t done what he did, the result would have been disastrous for Israel and the IDF.” The hatred towards each other was so intense that even after an artillery shell fired from the nearby Camp Yonah hit the Altalena, and the survivors were swimming ashore, they were being shot at by the opposite forces on the beach. 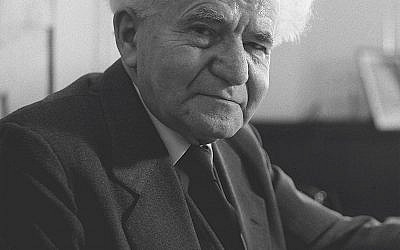 The burnt out wreck of the Altalena lay for a year on the beach of Tel Aviv, like a wound that refused to heal. Ben-Gurion justified his action by declaring:

Let us not judge one another. History will decide where justice lies. One army, one government, one national authority.

He also made another far more controversial statement regarding the “Altalena Affair.” According to newspaper reports, David Ben-Gurion declared; “Blessed is the cannon that blew up the arms ship.”

In contrast, Menachem Begin, even though his followers were clamouring for revenge after sixteen additional Irgun soldiers were killed on the Tel Aviv Beach, rose above the atmosphere of mutual hatred and distrust and declared:

Do not raise a hand against a brother, not even today…It is forbidden that a Hebrew weapon be used against Hebrew fighters. There must never be a civil war. 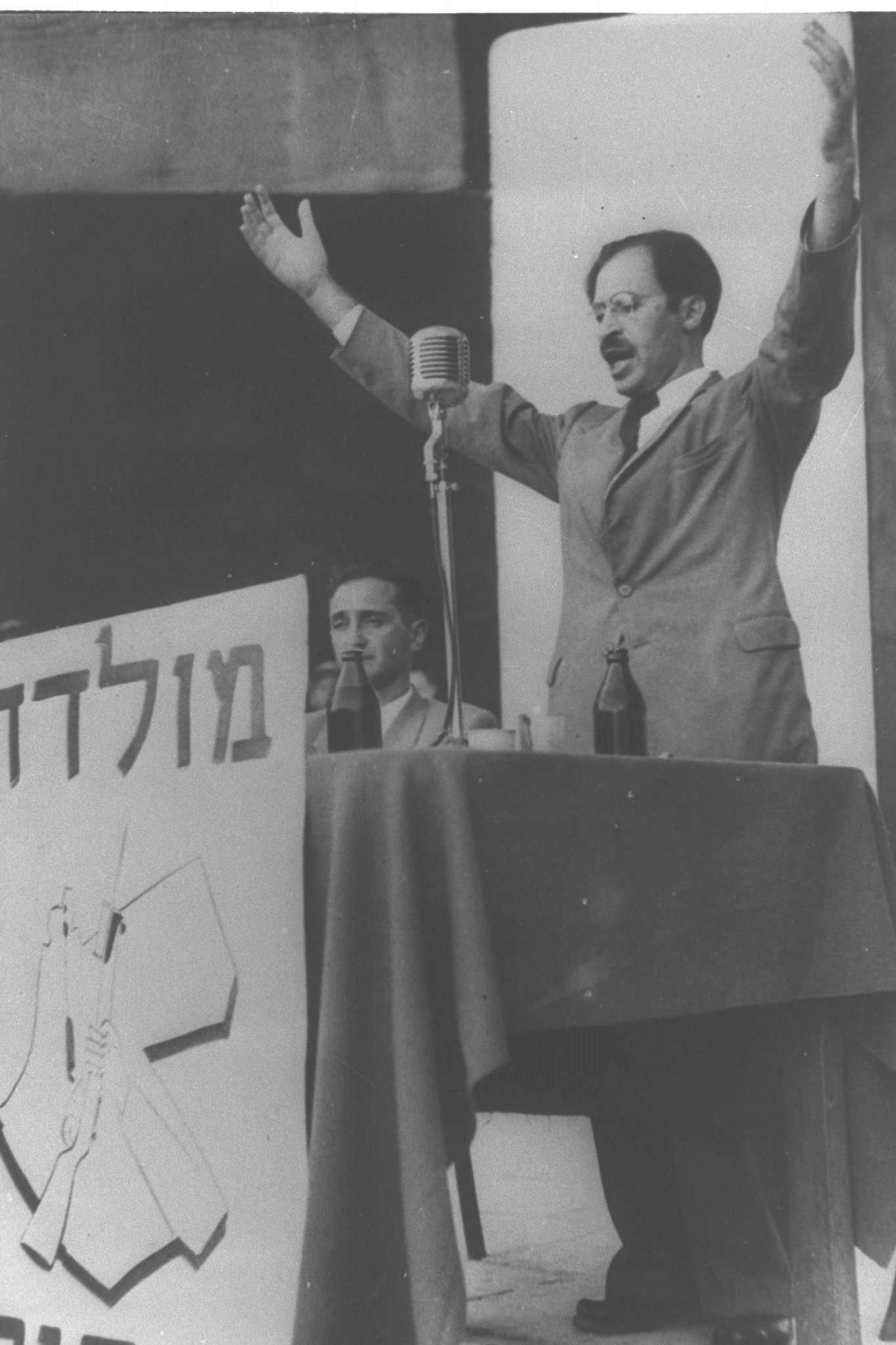 Ultimately, how one assesses the “Altalena Affair” still depends on ones ideology.  What is clear for us today, is that just as at this moment of extreme crisis in our nation’s founding civil war was avoided, despite the tensions on both sides, so today we need to focus on the common good of our nation and what we all have in common, especially in these difficult times. Whoever we ultimately vote for in the upcoming elections, we need to endeavour to heal our society with love and not hate, and remember that just as we strive to be a, “light to the nations,” we also need to be a light unto ourselves.