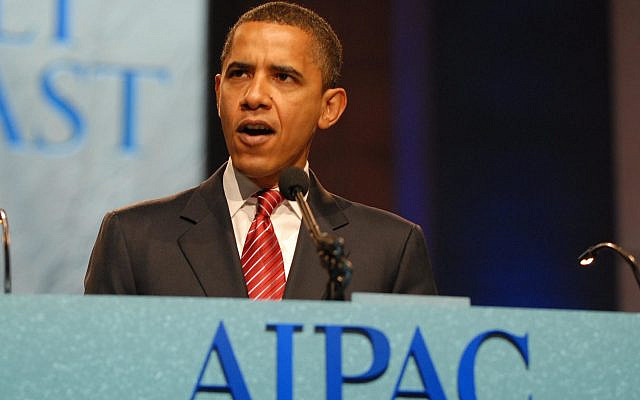 “We know what happens to people who stay in the middle of the road. They get run over.” The well known words of American writer Ambrose Bierce seem to echo in the ears of AIPAC members like myself as we defend the organization we believe in and love. While the American political world moves to its extremes, AIPAC plays the bipartisan middle ground to ensure a strong U.S.-Israel relationship. Stuck in the middle, AIPAC gets run over by the left and the right.

In an effort to discredit AIPAC, its opponents and competition have begun falsely accusing AIPAC of practicing the politics of hate, immoral tactics and producing harmful effects all around the world. I’ve been reviewing op-eds and social media posts that have been disparaging AIPAC recently and found they accuse the organization of being Islamophobic and inciting hatred against Palestinians. There has never been anything AIPAC has ever done or said that is anti-Islam. It is also accused of having a deep set right wing agenda and practicing racist nationalism. These accusations are merely code for being “Pro-Israel.”

In a recent video made encouraging people not to attend AIPAC’s annual policy conference, one past attendee said that AIPAC is “policing the conversation on Israel.” It is called partisan and representative of Israel’s current government. According to its accusers it isn’t progressive and it doesn’t care about human rights. AIPAC doesn’t fight for the freedom and dignity of Palestinians and Israelis. The general accusation is that AIPAC is harmful to America, Palestinians and Israel.

My friend Sam Lauter wrote an answer to these accusations, “AIPAC exists to advocate for the friendship between the democratically elected governments of the US and Israel, no matter who is democratically elected, simple as that.” Every competing organization wants AIPAC to mirror its own mission statement. When AIPAC sticks to its own mission of developing bipartisan support for a strong U.S.- Israel relationship, other organizations come out with long knives.

AIPAC isn’t conservative, liberal or progressive. It’s not left wing, right wing, anti-Palestinian, or anti-Muslim. AIPAC is concerned about a strong and secure America and Israel. It recognizes that a secure Israel will create conditions for peace in the region. While AIPAC’s critics ignore Israel’s legitimate security fears, including those from Palestinian terror, AIPAC recognizes that it is only when Israel feels secure that it will take risks for peace. Although AIPAC is accused of being anti-peace, pro-settlements and Pro-Netanyahu, often overlooked positions of AIPAC are its support of the two state solution, its refusal to take a position on settlements and critical statement of Netanyahu’s inclusion of Otzma Yehudi in his right wing coalition.

Over the past 50 years AIPAC has been the solidifying force in the U.S.-Israel relationship. AIPAC isn’t perfect and even its biggest advocates don’t agree with all its positions. If you care about a secure Israel, then AIPAC is your organization. Its primary achievement is securing bipartisan support of Israel in the American Congress, which save for a few extreme members of Congress, is still strong. AIPAC deserves the Pro-Israel community’s support and if you’re not already registered, you should visit www.aipac.org and register for the Policy Conference today.