THE LIGHT OF DAYS, by Judy Batalion, tells the true story of a cadre of unsung heroes, dubbed the Kasharioyot, (couriers). They were a group of fearless unmarried Jewish women, ages 15 to early 20s who were willing to risk all to resist the Nazis. Their missions were varied; they carried messages, weapons, and supplies to and from ghettos in support of the resistance. Women with Aryan features were preferred to be used because it increased their chances of survival, ‘passing’ as non-Jews when secretly dispatched from the ghettos into the judenrein population. They dressed in Polish peasant garb, to pass as Christians more easily, and were well-versed in reciting catechisms by heart, and knew how to celebrate patron saint days. They were also multilingual and able to speak the local dialects perfectly, thus reducing the possibility of being exposed as Jews. The Kasharioyot had fake IDs, fake background stories, and most importantly, fake smiles as Hela and Shoshana flashed. 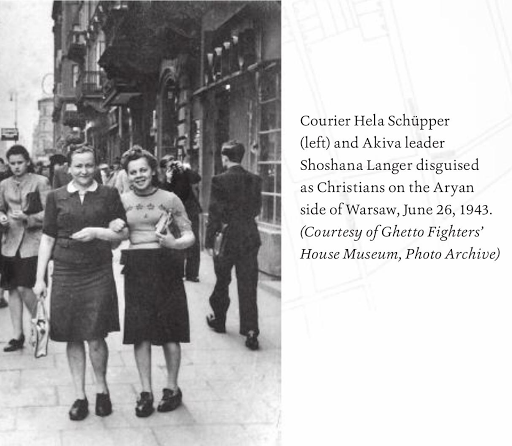 The book centers around the exploits of Renia Kukielka and her compatriot couriers who embarked upon the most dangerous missions for the organization known as ‘Freedom’, which was headquartered in Będzin, Poland. The members of that clandestine group were known as the Ghetto Girls whose exploits were regarded by their enemies as devils and by their allies as goddesses.

It was difficult for a Jew to join a Polish partisan resistance brigade; for Jewish women, it was next to impossible. The Polish groups routinely shunned Jews because of anti-Semitism or the belief that Jews cannot fight. Despite those prejudices, thousands of Jews managed to furtively join the partisan ranks by concealing their Jewish identities. There were also detachments made up entirely of Jews. The famous Jewish group, the Bielski brothers, made it easier for women like Gusta and Minka to join the struggle. 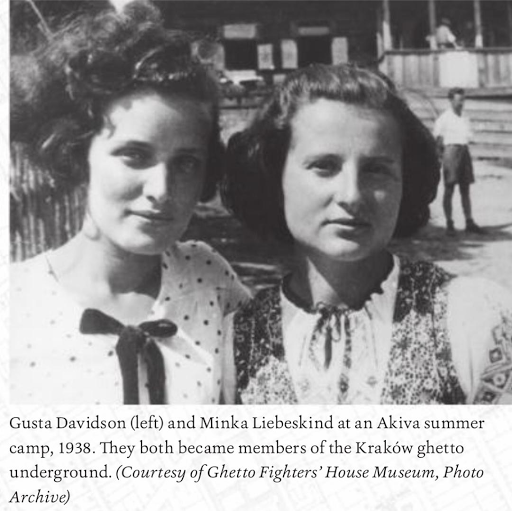 Bela Hazan, a famed Freedom courier, learned that the sadistic SS physician Mengele was coming to Auschwitz to perform medical experiments on prisoners. Whispered rumors of his imminent arrival soon found their way to hostile ears. His reputation, as a cruel sadistic doctor, did not deter some Polish residents from turning in their Jewish neighbors, thus condemning them to death. Heartbreakingly, some courageous Christian neighbors were summarily executed for the capital crime of helping save Jewish lives. Instances when entire villages were punished for having saved even one Jew were common. First-hand accounts bear witness to the war crimes the Nazis inflicted upon innocents, and try as they may, those monsters could not bury the truth along with their victims.

There were many political and personal reasons the heroic feats of Jewish women were secreted away in the dark corners of history. Survivors’ guilt contributed to the self-imposed  ‘silence’ surrounding stories of the resistance, but the most tragic reason was that many were killed in action. Contrary to the impression many people have, the Jews of Europe did not go to their death like sheep. Many were anything but feeble and passive, but because the narrative of their brave resistance has remained obscured until recently, that misconception persists, and their stories of heroism were interred with them.

Miracles were in short order during those dark days in Europe, but they were not entirely absent; the survivors are the proof. Later in the war, after the destruction of the ghettos, the Kasharioyot’s activities revolved around saving what remnant of Jewry remained, especially the children. Some were adopted by Christian families at great peril to their own lives. Others were secretly spirited out of the country to Israel or the West.

Some Jews survived at the behest of the fate, while others by virtue of their resourcefulness, ingenuity, and an indominable will to live. It was not a way to live – it was a way to survive. Of the three million Jews living in Poland before the war, only ten percent remained alive when the war came to an end. Tragically, those who managed to survive the Holocaust were left with no family, no home, no friends, and no country. What they did have was the determination to outlive their enemies and the will to see – the light of days.