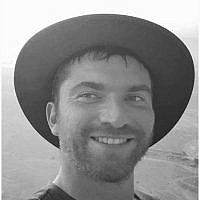 The Blogs
Yehuda Liebenson
Apply for a Blog
Advertisement
Please note that the posts on The Blogs are contributed by third parties. The opinions, facts and any media content in them are presented solely by the authors, and neither The Times of Israel nor its partners assume any responsibility for them. Please contact us in case of abuse. In case of abuse,
Report this post.

As 2020 winds down, Israel is in sight of victory in World War C. The enemy is so small that we can’t see it, but it has brought our lives to a screeching halt the way that no war has. The number of deaths in Israel from Coronavirus is comparable to the deaths on both sides in every military operation in Israel from the time of the 2nd Lebanon war in 2006. Even during the conflicts, flights in Ben Gurion airport continued to take off and land and most workplaces and schools operated as usual.

The world has been on a rollercoaster ride the past year that few alive today have ever experienced. In Israel that rollercoaster has been as unpredictable as anywhere else, if not even more. At the beginning of the Pandemic, Israel was one of the first countries to enact a lockdown, and the Mossad scrambled to get ventilators to Israel. The result was a low morbidity rate that was the envy of the world. Israel was lauded as the most successful country in confronting the pandemic. Then we went from being the head to the tail. We became among the countries with the worst morbidity rates and a dire warning to the rest of the world what happens when a country goes hysterically into lockdown and more hysterically out.

As well as for me personally I have been on a rollercoaster ride that I can’t seem to get off of. I am a tour guide. In February of 2019, I had just finished guiding a very successful family tour of a family that is based partially in the Philippines and partially in Canada. In March I had another tour lined up which promised to be equally lucrative. My wife and I had just signed a contract to purchase our first home and set out on a family vacation in Eilat; I was optimistic that all this about coronavirus was media hype soon to be another passing headline, and I was looking forward to my payout in March and being approved by the bank to take out our mortgage. Needless to say, I was wrong.

As of now, infection rates in Israel are higher than they’ve been in months and we are under a lockdown that is expected to only get tighter, our third since the pandemic began. But the night is always darkest before the dawn. Israel leads the world in administering COVID-19 vaccinations. Israel has a health care system that is the envy of most of the world. Obamacare tried to establish a similar model, with mixed success. Every Israeli citizen is obligated by law to be covered by one of four state-affiliated HMOs with ubiquitous neighborhood clinics with a family doctor that each family generally knows and trusts means that we are charging towards herd immunity. It is these HMOs that have received the vaccines and are administering them in a highly efficient manner in each neighborhood clinic. First to the high-risk populations and before long, everybody else will get it too.

As of now, the government plans to open our borders to tourism in April. And I for one am excited to get back to the only job I have ever liked and have been good at. To paraphrase one of Israel’s greatest songwriters, Naomi Shemer, We will return to the cisterns and to the market-place, and the Temple Mount In the old city. We will once again descend to the Dead Sea, Ein Gedi, and Masada by way of Jericho Road!