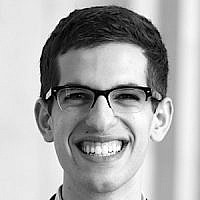 The Blogs
Mitchel Hochberg
Apply for a Blog
Advertisement
Please note that the posts on The Blogs are contributed by third parties. The opinions, facts and any media content in them are presented solely by the authors, and neither The Times of Israel nor its partners assume any responsibility for them. Please contact us in case of abuse. In case of abuse,
Report this post. 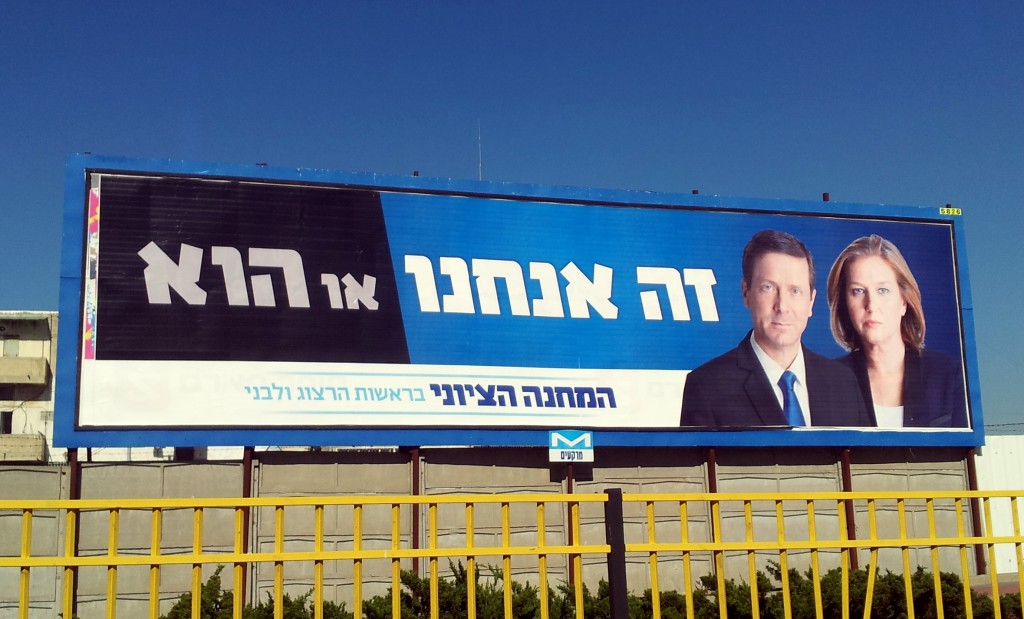 Last summer in Jerusalem, I had the opportunity to hear young representatives of Labor and Likud advocate for their parties. After the surrogates concluded their opening remarks, I asked them what they thought the most important issue in last March’s Israeli elections had been. This was an empirical, testable question, but the answers were political. The Labor representative stressed the importance of social and economic problems to the Israeli electorate. The Likudnik countered with his best Bibi. He argued that since Israel is embattled and under siege from all directions, security must come first. Furthermore, the elections revealed that Israelis share that sentiment.

The Likudnikchik got it right. Netanyahu’s ability to turn the challenges posed by a nuclear Iran and occupied Palestinians into menacing threats has allowed him to marshal popular support and has contributed to continued electoral success. Israelis only need look around the region to validate their worries, yet Netanyahu’s discourse of fear governs domestic Israeli politics as well and, four months after the elections, this Labor partisan had not gotten the memo. Labor needs to have a strong answer to Netanyahu’s security paradigm if it hopes for an electoral victory. The party could argue that it is better than Bibi at providing security, implicitly accepting Bibi’s framing of the issue. Yet Labor could go further by rejecting the politics of fear and building an alternative security paradigm predicated on possibility, not threat. This may be the best way to defeat Netanyahu and build a path toward a sustainable two-state solution.

Hilik Bar, Labor’s Secretary General, recently released plan to reach a diplomatic resolution to the Israeli-Palestinian conflict that may offer a glimpse into the party’s strategy. Bar seems determined to prove that his party is better than Likud on security. He thinks that Likud’s “conflict management” policy makes Israel less safe than Labor’s efforts for peace would. By using only short term military solutions, Likud has weakened Israeli deterrence, aided extremists among Israelis and Palestinians, and isolated Israel internationally. Bar thinks engaging Palestinians toward peace while retaining strong security institutions would counteract these trends.

Bar’s plan contains some impressive and innovative ideas. He recommends recognizing a Palestinian state as a starting point to negotiations, allowing some settlers to live as a minority inside a future Palestine, and nesting Israeli-Palestinian talks inside a broader Arab-Israeli regional dialogue. If a Labor government were elected, these ideas would likely put new momentum behind efforts to reach peace.

Yet peace may not be possible within Netanyahu’s paradigm. Netanyahu’s politics of fear have contributed to an environment in which many Israelis view Palestinians as a subhuman demographic and security threat. It is one thing to express concern about a deteriorating regional situation; it is another to treat Palestinians as exclusively a security issue. That assumption—not the absence of clever formulas for diplomacy—is the most important obstacle to Israel agreeing to a sustainable two-state solution. Unless Israelis believe that the Palestinians are a willing and able partner, even with a two-state solution, inevitable security risks and terror attacks could quickly result in restrictions on or military action against Palestine. This scenario would result in two collocated but separate societies that would struggle to realize the huge economic, security, and political gains of coexistence. Policymakers would be challenged to prevent the situation from quickly devolving into occupation by other means.

There is also a meaningful political incentive to get security right. Labor lost an election it thought was about socioeconomics by failing to challenge Bibi’s security discourse. How else could a party with Amos Yadlin as a candidate and a cause with advocates such as former Mossad chief Efraim Halevy, former Shin Bet heads Carmi Gillon and Ami Ayalon, and the generals of Commanders for Israel’s Security lose a security debate to Netanyahu? The answer is in the framing. The dominant rhetoric demonizes the left and its policies along with Palestinians. The debate in Israel is not about the best policy, it is about who is best positioned to foment and manage fear. Seasoned security professionals are not in that business.

Bar’s peace plan indicates that he would like Labor to be. His plan demonstrates Labor’s mettle on security questions, but not a new framework for discussing security. There are steps in his plan—recognizing a Palestinian state and guaranteeing Palestinians economic and religious access to Israel—that might reshape the security debate and rehumanize Palestinians. But these steps are saved for the period after Labor is hypothetically elected, not the current one. For now, Bar appears to be trying to increase his and Labor’s credibility on security under Bibi’s rules.

Failure to challenge those rules may mean Labor never beats Netanyahu on security, which diminishes the chances of a Labor electoral victory and a negotiated two-state solution. Netanyahu controls the terms of the security debate, is credible on the issue, and has a constituency more receptive to his pessimistic message. Differently framing Bar’s plan would offer an opportunity to at least begin emphasizing Israeli’s shared humanity with Palestinians, not just describing a more effective way to cope with wariness.

Changing the Israeli public’s views of Palestinians is not realistic in the near term. The scars left by decades of ongoing conflict punctuated by terrorist violence and war, along with worries about Iran and ISIS, cannot be wished away by better politics. Palestinians will also have to do their part. Still, there are several steps Bar and others could take around this plan to build the basis of a politics of possibility. First, Labor could highlight the success of security cooperation with the Palestinian Authority to demonstrate the presence of a partner for peace in the West Bank. Labor could then argue that peace supports security since the PA will not be able to continue its cooperation with Israel without receiving anything in return.

Second, Labor could use this opening for its ex-security officials including those mentioned above to advocate for the plan and peace. Allowing them to take a pragmatic lead could de-politicize the Palestinian issue and reduce fearful reactions. Finally, messages about shared humanity with Palestinians could gradually be reintroduced into Labor’s discourse. Combined, these steps could make a logical case for peace causing security, defuse hysteria, increase Labor’s credibility, bolster perceptions of a Palestinian partner, and begin rebuilding the image of Palestinians. This could lead to electoral success for Labor and lay the groundwork for a sustainable two-state solution.

Bar’s plan and determination to fight Netanyahu over security—not just emphasizing the economic and social realms—gives Labor the opportunity to alter Israel’s security discourse and open the door for improving the image of Palestinians and peace. If Labor seizes this chance and attempts to change the debate, it could benefit Labor and the two-state solution. After all, you can only play a game so well when someone else writes the rules.

About the Author
Mitchel Hochberg is a research associate at the Washington Institute for Near East Policy and a Masters candidate in Georgetown University's Security Studies Program.
Related Topics
Related Posts
Mitchel Hochberg
Comments