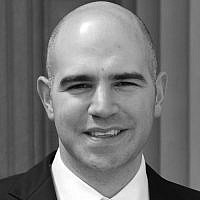 In recent times, the public has been exposed to a number of new trends. We have Fake news, or deliberate misinformation seeded in order to damage or make gains. Then there is the political ‘dead cat’ strategy, whereby politicians theoretically throw something on the table so shocking that everyone points and discusses the table rather than the policy agenda at hand. Then there is gas-lighting, the phenomenon in which people are psychologically manipulated so much that they begin to doubt their own sanity.

Reading columnist Michael Segalov’s thoughts on Jeremy Corbyn’s decision not to attend a dinner to celebrate the centenary of the Balfour Declaration, readers might have better understood these various phenomena. The declaration, as many know, was a statement of support issued by the government in favour of the establishment of a “national home for the Jewish people”.

“It’s not ‘antisemitic’ for Jeremy Corbyn not to celebrate the centenary of the Balfour Declaration” stated the headline for Segalov’s piece. Quite right. But then who said it was? Perhaps Segalov didn’t scribe the title but his piece gives some detail:

“…accusations of antisemitism against the Labour leader if not explicit, are already at least being inferred”, says Segalov. So, who is making these inferences and how?

The leading expert body on antisemitism, the Community Security Trust? Nope, not a word. The All-Party Parliamentary Group Against antisemitism? No statement. The Board of Deputies of British Jews? A quick search shows very little.

Segalov did find a response though, quoting the Jewish Leadership Council chairman Jonathan Goldstein: “I do think it will not have been amiss for Mr Corbyn to understand that the Jewish community will have taken great heart and great comfort for seeing him attend such an event because it recognises the right of Israel to exist” .

So where is the inference of antisemitism? How could one read Goldstein’s comment in such a way as to infer antisemitic intent on Corbyn’s behalf? In the extreme, if one were to read Goldstein’s comment as suggesting that Corbyn’s failure to attend implies he does not believe in the right of Israel to exist, that might be problematic, of course, also falling foul of Labour policy. But, in fact, that is not what Goldstein has said and Corbyn himself has cleared this up anyway, stating in September 2016 that “Israel has the right to exist. I support the right of the State of Israel to exist, under the agreement of the original borders of 1948.” So, no luck there.

Segalov goes on to explain that the Jewish community is not homogenous and that two-thirds of British Jews report a “sense of despair” in relation to the approval of settlement expansion. This is all very well, but still unrelated to the antisemitism question. He fails to mention the Institute for Jewish Policy Research’s policy reports, or even left-wing pro-peace organisation Yachad’s polling, which shows that the overwhelming majority of British Jews identify as Zionists, and whilst critical of Israel, have a connection with the country; but that’s neither here nor there nor is it particular relevant to charges of antisemitism.

Segalov says criticising the government of Israel is not antisemitic. True, but where in his comments did Goldstein say that it is? Segalov goes further, and says that claiming the Israeli state is an illegitimate force in its current form is also not antisemitic. I think we could debate that, and it might require contextual analysis, but that is besides the point: it is not what Goldstein said.

In the absence of any actual inference of antisemitism, then, what might be going on?

As academics like David Hirsh have previously written, too often, Jews highlighting antisemitism are subject to a phenomenon labelled ‘The Livingstone Formulation’. Namely, those accused of antisemitism reject the charge, and the claimants (contrary to the Macpherson principle which requires perceived victims to be treated with due care and sensitivity) are accused of deliberately deceiving people for political purposes in the service of the Israeli state. The perpetrator becomes the victim. Understanding modern antisemitism requires individuals to not fall into this trap.

What is becoming more common, is the escalation of this formulation to the next logical conclusion: to infer, create or charge Jews with making these apparently baseless accusations where they have not even done so.

This is dangerous territory. A charge of antisemitism is serious. Responsible Jewish communal bodies know this to be true and make allegations carefully. This new phenomenon which we could call the Livingstone formulation 2.0, has the effect of undermining the rights of the victims of antisemitism to call out their abusers. In the era of fake news, dead cats, gas-lighting and the Livingstone formulation, more than ever I would recommend readers to choose very carefully what they read and how.