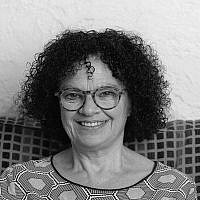 The Blogs
Frances Prince
Apply for a Blog
Advertisement
Please note that the posts on The Blogs are contributed by third parties. The opinions, facts and any media content in them are presented solely by the authors, and neither The Times of Israel nor its partners assume any responsibility for them. Please contact us in case of abuse. In case of abuse,
Report this post. 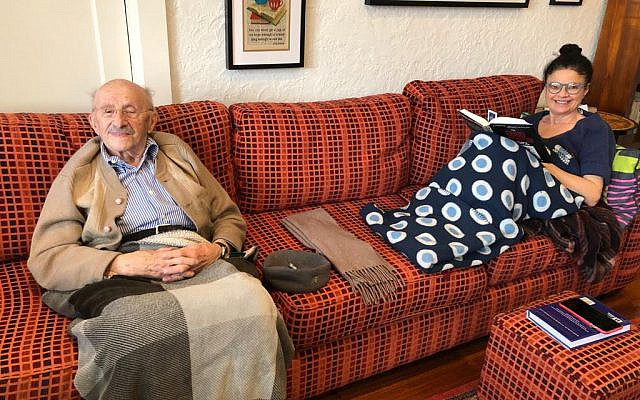 What’s a Jew to do in the city that holds the world record for the longest COVID-19 lockdown?

Sometime this week (Tuesday or Wednesday it seems), this dubious distinction will be awarded to Melbourne, Australia.

Enough has been written about members of the Jewish community breaking and flouting governmental rules about gatherings and curfews. More than enough has been aired about the reactions of other members of our community, the police, the media and so on.

This is a story about just two Jews from Melbourne. Me and my father.

David Prince, my now 96-year-old Polish Jewish Holocaust Survivor father, lives alone, around the corner from me. During 2020, as the people of Melbourne were grounded and feeling ground down, my concerns for caring for Dad became more and more acute. Dad’s many activities were cancelled. He has few friends left. He no longer drives. He is not online. I feared for his mental health. What could I do to alleviate Dad’s boredom and inertia?

We began to spend every afternoon reading together. At my place. On the couch in the lounge room. We needed to get comfortable. We were in it for the long haul. (Not that I knew that this long haul would morph into a mighty marathon.) I brought out blankets. Dad wanted to sit up straight. With a cushion behind his lower back. And a footstool upon which to stretch out his legs. Covered by a blanket. I preferred to sprawl along one length of the couch. With my pillow behind me. Covered by two blankets. And so, our reading ritual began.

What did we read? Mainly Holocaust memoirs. Perhaps this does not appear to be an appropriate genre. But for us it was. Reading aloud to Dad about pre-war Jewish Polish childhoods induced Dad to remember and talk about his own early days growing up in Lodz. Listening to the war ordeals of others, triggered his recollections of the Lodz Ghetto, Auschwitz-Birkenau and the Friedland concentration camp. He spontaneously commented on the experience of others in relation to his own. Much was familiar to me. Much was not. Some of what I knew was fleshed out, clarified and layers of meaning augmented in Dad’s present-day telling.

One afternoon, after we settled into our usual positions on my spacious couch, Dad said, “Maybe we are masochists?” I said, “Who?” He said, “Both of us.” We laughed together and began the day’s reading.

The post-liberation period, which is still an oft-neglected focal point for many, was perhaps the most riveting time in the life of my father. And in the life of my late mother, Ella Salzberg Prince, z”l, may her memory be for a blessing. In the late 1940s, they both became university students in Munich, Germany, in the most unlikely of circumstances. These recollections seemed to peel back time and introduced me to my father as a young man.

While I was reading to him, Dad’s eyes were closed most of the time. They opened and turned to me when he wanted me to repeat something. Or if he wanted to add an interpretation. Or comment in any way, shape or form. I welcomed these so-called interruptions. After all, for me, they were the main game. It was his imprint and overlay that I was truly seeking.

And now I have written my own book. An accidental book. Unintentional and unplanned.

“Gift of Time. Discoveries from the Daily Ritual of Reading with my Father” is a multi-layered book that defies easy categorization. It is memoir and oral history. It encompasses the Holocaust. It focuses on rebirth, resilience and determination. It takes on the form of intergenerational conversations. It attests to the power of books and reading.

It is likely to be one of the last accounts that includes direct memories of a Holocaust survivor, due to the elderly age and advanced conditions of many remaining survivors.

This is not a linear memoir. However, much of Dad’s life is here, interwoven with other people’s memories, my probing, our conversations and my personal ruminations.

I hope that people enjoy this book and learn about the gift of time with my father, that I was given by the covid-19 enforced Melbourne lockdowns.

GIFT OF TIME. DISCOVERIES FROM THE DAILY RITUAL OF READING WITH MY FATHER is published by Real Film and Publishing.

GIFT OF TIME. DISCOVERIES FROM THE DAILY RITUAL OF READING WITH MY FATHER will be officially launched, on-line, on Thursday 14 October 8.00-9.00 pm (Melbourne time). This event is being hosted by the Jewish Holocaust Centre (Melbourne). It is a free event but requires pre-registration. The link is: https://jhc.org.au/events/

About the Author
Frances Prince is an educator with lifelong expertise in Jewish Studies, Holocaust education and leadership in Melbourne’s interfaith community. She worked at Mount Scopus Memorial College for nearly three decades, teaching Jewish Studies, writing curriculum and developing interfaith programs. In 2011 she received the National Council of Jewish Women’s Sylvia Gelman Award for 'Outstanding Woman Educator in the Area of Jewish Studies’. Frances is one of the founders of March of the Living, Australia. Since 2014, she has been an executive member of the Jewish Community Council of Victoria (JCCV) where she holds the multicultural and interfaith portfolio. In this capacity, she represents the Jewish community on the Jewish Christian Muslim Association (JCMA) board and serves as co-vice president of the Faith Communities Council of Victoria (FCCV) board. Frances is also vice president of the Australian Jewish Historical Society Victoria (AJHS) and serves on the committee of Melbourne’s Lodz ghetto commemoration. She misses her grandchildren- Maor and Gefen- in Jerusalem.
Related Topics
Related Posts
Comments