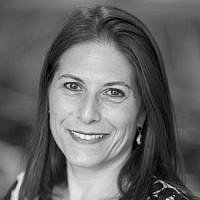 The Blogs
Sara C. Cohen
Apply for a Blog
Please note that the posts on The Blogs are contributed by third parties. The opinions, facts and any media content in them are presented solely by the authors, and neither The Times of Israel nor its partners assume any responsibility for them. Please contact us in case of abuse. In case of abuse,
Report this post. 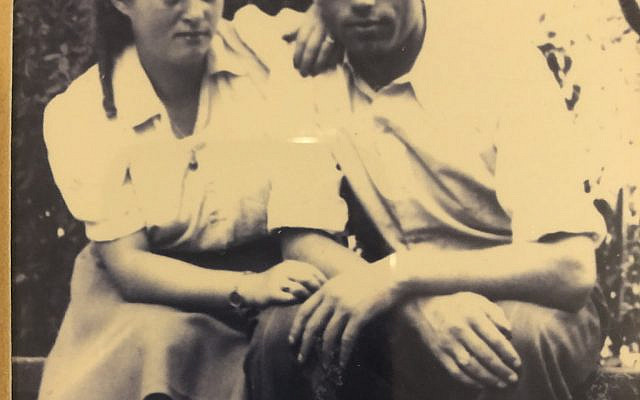 I wrote this as a eulogy a few years ago for my grandmother, a Polish Jewish immigrant and Holocaust survivor who lost her entire family except two sisters and a cousin  in WWII. She was one of 300 survivors from Radom, a town of 30,000 Jews. She met her husband in a concentration camp. He found her in Radom after liberation and smuggled her and her sisters out of Communist Poland dressed as a Polish captain In a rented truck. They settled in Munich and made their lives in Baltimore and then the Washington area. She raised two daughters, 6 grandchildren and 10 great grandchildren.

People are more than their biographies. I attempted to flesh out who she was but words can never express just what she meant to us, her family.

I hope you find it meaningful.

She was known to “take a hot dog.” (pronounced Ha-dog)

She could make a lamb chop appear out of nowhere and broil it up faster than you could say “I can’t eat another bite.”

She wrote letters in Polish but spoke to her friends and sisters in Yiddish.

She was always reading a book.

She could play a mean game of rummy-q.

She skipped a grade in school.

She was an avid follower of the stock market and if you named a company, she would tell you what it did that day. Sometimes she would exclaim,  “your stock is going up, girl!”

When it didn’t rain on the high holidays, she would say “it’s getting good for the Jews.”

She was a math wiz and could calculate large figures in an instant, even what a mortgage payment might be at any given interest rate. She might even throw in the escrow for good measure.

Bubi had blue green faded numbers tattooed on her arm.

I heard the kosher butcher call out to her “here comes the mafia,” as she approached the counter, shaking her head and demanding the better cuts of meat from the back.

She always had a coffee nib candy in her purse.

She had unbelievable hearing and could comment on entire conversations while in another room.

She knew everything that was going on, everywhere at any given time. Once as I was about to go to a party in college while on break on a rainy night, I got several frantic calls after my mother’s attempts to dissuade me, exclaiming, “don’t do it, who goes out at 11 o’clock in the rain.” Of course I went and got into a fender bender.

She knew her way around a needle and thread. Her older sister was a great seamstress and learning this skills from her helped save both their lives during WWII when Radom was liquidated by the Germans.

She could lull you to sleep with the sweetest lullaby in a language you didn’t understand.

Hugging her made you feel like everything would turn out all right.

She would bring a bowl of fruit up to her bed when you slept over and peel you pieces while you watched the evening news.

She never had a conflict when you asked her be somewhere or do something.

She had opinions and always voiced them. She was known to  say, “your health is your wealth,”  “books not boys” or “ they can never take away what you have in your head.”

When she liked something someone did, she would say “I give them credit” and you knew this must have impressed Bubi.

She was one of fewer than 300 Jews who survived the Holocaust from Radom, Poland’s 30,000 Jews.

Her first husband was gassed at Treblinka with the rest of his and her family.

My Bubi and Zayde had been through a lot and had missing parts in their lives. Their example of giving “everything” to us held us to a high standard. They would always feel cheated out of losing their loved ones and they came out of the war looking to rebuild their family and their community. I feel sad that their time came to an end because having them around so long I just expected them to be there. When I was little, and even now, I couldn’t even think about not having them with us or I would be reduced to tears. Everything we did or accomplished somehow was always sweeter when they heard about it because we just knew how much joy it brought them. How they were loved, regarded and respected by all who met them shows how they succeeded in rebuilding their lives as kind and good people despite what they had experienced.

We made memory after memory and tried to fill them up with happy things, reasons for surviving. They taught us to love each other and depend on each other and we do. They told us to take risks and we would see rewards. They were there to back us up and encourage us. They yearned to shield us from harm just as we tried to protect them. They gave us everything they had and they picked up the slack. For that, something they gave so effortlessly, I will be eternally grateful. Because I am the oldest grandchild Bubi gave me a diamond necklace that always hung around her neck. It had been the first gift of value my Zedi bought for her in Germany after the war. It reminds me of her each day and I have come to think of its shimmer and sparkle as a protective force of encouragement when life gets me down. It reinforms me of who I am, where I come from, the beliefs I treasure, and where I learned them. I love you Bubi. You did good, girl!

About the Author
I am a practicing dentist in Washington DC and part of a three generation dental practice started by my Paternal grandfather and continued by my father. My grandfather is retired but 98 and still living. I grew up in Maryland and went to the Charles E Smith Jewish Day School, graduates with a BA in History and Spanish from Duke University and University of Pennsylvania School of Dental Medicine. I am married with four children. My maternal grandparents were Holocaust survivors. My grandfather was the only survivor of a immediate family of 12 (only 250 survivors from Tomaszow Mazoviezski’s Jewish population). My grandmother was from Radom, Poland and survived with two sisters (300 survivors from Radom’s 30,000 Jews) Her brother, parents and the rest of her family except one cousin were killed. I currently serve as co-chair of JXJ, a film and music program, theater and Festival out of the Edlavitch DC Jewish Community Center.
Related Topics
Related Posts
Comments