The Blogs
David-Seth Kirshner
Apply for a Blog
Advertisement
Please note that the posts on The Blogs are contributed by third parties. The opinions, facts and any media content in them are presented solely by the authors, and neither The Times of Israel nor its partners assume any responsibility for them. Please contact us in case of abuse. In case of abuse,
Report this post. 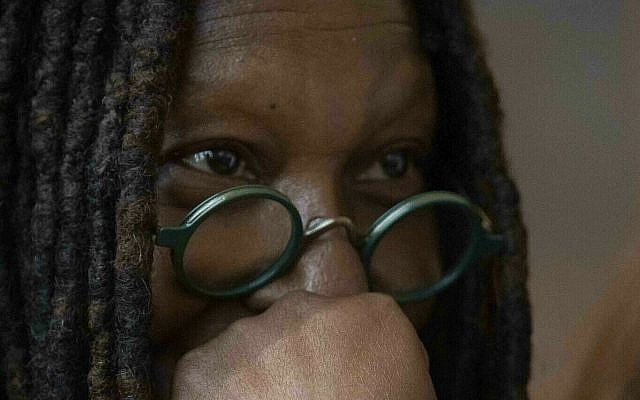 I often quote the television show Happy Days when ‘The Fonz’ has to say he was incorrect but can’t get the words out. “I was wrrrrrrr. I am sssssoooooor.” He cannot seem to utter the words, ‘I was wrong’ or ‘I am sorry.’

Elton John wrote a chart topper on the same notion: We all know, “Sorry” seems to be the hardest words.

Today, finding someone with the temerity and courage to admit their mistake and seek forgiveness is a rare commodity. We are living in a culture where digging in our heels and doubling down, regardless of how wrong we might be, seems to generate more points than the ability to acknowledge our vulnerability and imperfection.

When Whoopi Goldberg made remarks invoking the Holocaust this week on The View, she made some people upset. Whites talking about race and gentiles speaking about the Holocaust have turned into the third rail of conversations. Whoopi heard from all streams of the Jewish and Holocaust memory world pushing back on the assertions she made on air.

Within hours of The View, Whoopi made a full-throated, unabashed apology. There were no what-about-isms. She did not try to explain herself. She did not dig in her heels nor double down on her initial statement. She apologized for hurt she caused, acknowledged she misspoke and caused pain. She demonstrated openness to learning about how better to craft her thoughts and words related to this topic in the future.

Whoopi tweeted this apology to her millions of followers. She then opened The View the next day with her apology and hosted the head of the Anti-Defamation League to discuss the proper context of the Holocaust and race for future conversations. During the entire segment, Whoopi was contrite, remorseful, and humble.

I had hoped that as I put myself to bed last night, so did this issue.
I was wrong.

I awoke in the morning to learn that Whoopi has been suspended from The View for two-weeks time, “to reflect on her comments.”

Why?! Have we lost the value of an apology? What will further reflection provide that has not already been achieved?

Whoopi followed these to a T. She perfected Judaism’s view of teshuvah (forgiveness). Her actions would satisfy any public relations guru. Why did it not satisfy The View and her network?

While I appreciate the solidarity the head of ABC (the parent company of The View) is signifying with the Jewish people, I think it is not very Judeo-Christian or ethical to suspend Ms. Goldberg. She should be back on The View, now.

Whoopi Goldberg is a veteran of the entertainment industry. In her extensive career, she has held a sterling, and well-deserved reputation as a kind-hearted and thoughtful person. She does not have one racist, antisemitic or hateful bone in her body. Her long and diverse history has proven that.

Whoopi’s ability to unambiguously apologize and recognize her mistake should be heralded, not opposed. We should champion the clinic Whoopi put forward on national television on how to own an error and to show the ability to learn, grow and be corrected, with grace and dignity, instead of fueling her blunder.

Her suspension is against the grain of everything Whoopi is about and exhibited. It is undignified, coarse and models to people of all ages that owning our misdeeds and apologies have more negative consequences than ignoring them does.

Please put Whoopi back on The View where she belongs and let the world take note that we should all be able to handle ourselves — our rights and wrongs — like Whoopi Goldberg.

About the Author
David-Seth Kirshner is the senior rabbi of Temple Emanu-El, a Conservative synagogue in Closter, New Jersey. He is the past President of the NY Board of Rabbis and the NJ Board of Rabbis and is a Senior Rabbinic Fellow at the Hartman Institute. Rabbi Kirshner was appointed to the New Jersey/Israel commission and is a National Council member of AIPAC.
Related Topics
Related Posts
Comments