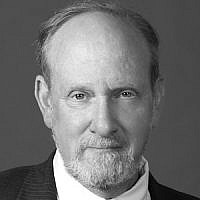 The Blogs
Larry M. Goldstein
Apply for a Blog
Advertisement
Please note that the posts on The Blogs are contributed by third parties. The opinions, facts and any media content in them are presented solely by the authors, and neither The Times of Israel nor its partners assume any responsibility for them. Please contact us in case of abuse. In case of abuse,
Report this post.

In recent days, the Israeli police have announced their recommendation that Prime Minister Netanyahu be indicted in Case 4000, the alleged collusion and bribery involving press coverage on the Walla! web site. The Israeli right has reacted strongly, calling this recommendation, and indeed the entire case, a “witch hunt.” That, however, is a misnomer. A “witch hunt” occurs when hunters look for something with which to blame the victim, but the hunters do not know what the something is. They therefore hunt for the charge, not for the accused. In Case 4000, the police have known for months, surely more than a year, what charge they wanted to bring. They did not need to search, because they already knew. Similarly in all the current cases, the police knew long, long ago, certainly more than a year, that they wanted to indict for cigars and champagne (Case 1000), talks with a newspaper publisher (Case 2000), and bribes for submarine contracts (Case 3000). The victim was known, and the charges were known, so “witch hunt” is a misnomer.

A far more apt term would be “lynch party,” which is a premeditated and extrajudicial killing of a victim by a group of killers. Consider the specific criteria for such a party:

• “Premeditation” is clear on its face. One of the main functions of the investigatory police unit Lahav 433 is to investigate politicians, not for the purpose of rooting out corruption, but rather to put people in jail. They would say no, but what would the public think if this unit had investigated three years, spending thousands of man-hours and millions of shekels, to come up with nothing? Or consider the opposite view – Netanyahu is without any doubt the biggest fish in the sea. If the investigators are able to land him, their careers will be made. The pressures on Lahav 433, both to avoid saying, “We have nothing substantive,” and to say, “We find criminality,” must be enormous. Even the announcement of the recommendations speaks to premeditation, coming as it does on Alsheikh’s last day as police commissioner, the “pinnacle” of his career. The police have known for a long time what they wanted to recommend.

• The goal is not to “kill” Netanyahu physically, but most certainly it is to kill his career, to get him out as prime minister and in a way that ensures he does not return.

All of this has been well-known and expected long before the fact. The police corruption to find criminality at all costs is disturbing, but expected from an organization that frequently investigates for years in order to find nothing substantial or nothing at all. Netanyahu, for example, has been the subject of more than a dozen investigations prior to the ones pending now. https://blogs.timesofisrael.com/netanyahu-prosecution-or-persecution-2/. The police investigated Avigdor Lieberman for 13 years until finally recommending fraud charges, all of which resulted in nothing at all. https://www.theguardian.com/world/2009/aug/02/avigdor-lieberman-israel.

The most troubling aspect, however, is the extrajudiciality of the attack on Netanyahu. Consider the following:

(1) The police did not question all relevant witnesses, particularly those vital to Mr. Netanyahu’s defense. Probably the main issue in Case 4000 relates to the antitrust approval given by the government to the merger of Walla! and Bezeq. The main expert responsible for reviewing the merger, and the person who signed off on it, was Dr. Assaf Eilat, head of the Economics Department of the Israel Antitrust Authority. He apparently thought this was a reasonable merger, but the police chose not to question him. Other experts also supported the merger, but were not examined by the police.

(2) The police mischaracterized, almost to the point of dishonesty, at least some of the testimony that they did receive. They allege that the answers of Security Minister Erdan incriminated Netanyahu, and yet Erdan says the exact opposite is true. The police say that many journalists on Walla! were “pressured” to improve their coverage of Netanyahu, although the nature, veracity, and effectiveness of the “pressure” must be questioned where studies of news stories and headlines in Walla! during the period in question show continuing hostility and negativity toward Netanyahu. https://www.israelhayom.co.il/opinion/613343.

(3) In some cases, the police pressured, apparently illegitimately, various witnesses to say things that were the opposite of what the witnesses intended. During the relevant period, Netanyahu was the acting Minister of Communications, but the ministry was managed by the ministry chief of staff Eitan Tzafrir. The police wanted Tzafrir to say that Netanyahu had ordered him to promote the merger, but Tzafrir repeatedly told the police that Netanyahu never did such a thing.

From all of this, is it clear that Netanyahu is not guilty of the charge in Case 4000? No, it isn’t. But on the other hand, it shows that there are problems with the prosecution, that the entire case of the prosecution may or may not be legitimate, and that Netanyahu through his counsel has never had opportunity either to present defense witnesses or to question possible bias and improper activity by prosecution witnesses.

And yet, the political opposition says Netanyahu should resign NOW, before indictment, before trial, before opportunity of self-defense, before conviction. Attorney General Mandelblit himself has stated this week, in a reference to a Supreme Court ruling in the 1993 Aryeh Deri case, that the courts will determine whether a mere indictment, without any opportunity of defense or cross-examination, mandates that the prime minister resign.

Oh, this is a very, very rotten business! No, it is not a “witch hunt,” for the victim and the specific charges have been identified for years. It is a lynch party that has been launched against Prime Minister Netanyahu to bring him down without even a patina or pretense of due process! A very rotten business indeed. Larry M. Goldstein

About the Author
US patent lawyer and Israeli attorney, specializing in information & communication technologies (ICT) as applied to both military and civilian affairs. With the assistance of Shurat HaDin – Israel Law Center, authored a book on the laws of war (also called “international humanitarian law”) entitled A Table Against Mine Enemies: Israel on the Lawfare Front (Gefen Publishing, Jerusalem, 2017). Aliyah in 1988. BA Harvard College, MBA Northwestern, JD University of Chicago.
Related Topics
Related Posts
Comments