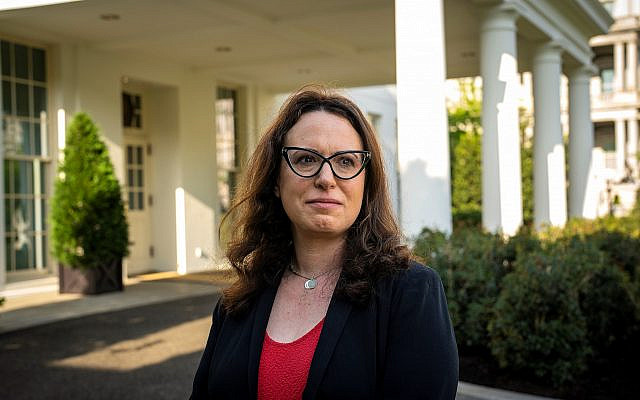 Book Review of Confidence Man: The Making of Donald Trump and the Breaking of America. (By Maggie Haberman New York, Penguin Random House, 2022)

I am in the USA now for a while, where the media is still focusing on the man with the orange hair from Palm Beach (Stephen Colbert calls him “he who shall not be named”) who is still driving the political system crazy! For me, it is a bit of a diversion from the madness of Bibi Netanyahu and his extremist political partners in Israel, whose similarities to Trump in style, stupidity and surrealism are remarkable. Even today, I read in one of the Israeli news sites online that there is fear beginning to arise within Israel that Bibi may not accept the results of the elections in Israel slated for November 1st in total Trumpian style!

I recently read the new bestseller by the New York Times White House correspondent Maggie Haberman, entitled Confidence Man: The Making of Donald Trump and the Breaking of America about Donald Trump’s rise to fame as a New York businessman and television celebrity, and then about his four tumultuous years as a fake president in the White House from 2017-2021. While I knew in broad strokes how crazy and unhinged the former president was, I did not know the deep level of depravity and dictatorial nature of this very dangerous man. Having read this book, I now know it in great detail and I am shocked and disturbed to the core!

I have watched and listened to Haberman on several television interviews in which she has explained that her book is a character study of the man who almost accidentally became president of the USA. What a character he is! It would almost be funny if he wasn’t so sad and so harmful to America and the world.

While I knew in general about this man’s hideous and harmful personality, by reading this book I learned about it in great alarming and stupefying detail, from hundreds of examples given by Haberman throughout the book:

In short, according to Haberman’s thoroughly researched book, which is based on multitudinous inside sources, the former president is a very flawed individual, bordering on deranged, with a chaotic style of management and terrible interpersonal relations skills, who was—and still is—completely unqualified to be president of the USA. After reading this book I wonder: how on earth could any intelligent, rational, educated person vote for such an unhinged, irresponsible, foul-mouthed impulsive individual?

He has no real skills for the job. He crazily incited some of his most fanatic fans to storm the capital on January 6th, and he illegally took with him so many classified documents from the White House to his mansion in Palm Beach, according to much new evidence that has come to light in recent weeks.

No one who reads this book could possibly vote for a person like the man about whom it was written for an elected office, let alone president of the USA. This is why I hope many people will read it, especially moderate Republicans, if there are any left. I don’t believe that any of the neo-fascist fanatic MAGA groupies will read it but perhaps some suburban women and Wall St. Republicans who once voted for this madman will read it and learn about the considerable damage he has done to their country and reconsider their views about this fake leader of the so-called Republican Party ( which has evolved into the cult of Trumpism, an extreme version of the Tea Party wing of the GOP, a far cry from the mainstream Republican Party of the Bushes or even of Ronald Reagan).

As someone who lives in Israel most of the time, I would add that Trump did much disservice to the state of Israel by many irrational acts. Pulling out of the agreement with Iran only accelerated Iran’s rush to develop nuclear weapons, a fact that is acknowledged by many experts in Israel. But worse than all of his sins, he emboldened former Prime Minister Bibi Netanyahu to become more and more of a Trump clone in his inciteful rhetoric and in his aligning himself with the most right-wing Jewish extremists in Israeli society. And now Bibi, like the former American president is trying to make a comeback, which would be a disaster for Israel, as a Trump comeback would be one for America.

Maggie Haberman’s book –which is a tour de force by a highly experienced journalist who has covered the former president for many years, including in his days as a ruthless business man and entertainer in New York, before he became president—is a must read for Americans so that they can understand beyond any reasonable doubt why this man is unfit to be president of the United States of America ever again.

About the Author
Rabbi Dr Ron Kronish is the Founding Director the Interreligious Coordinating Council in Israel (ICCI), which he directed for 25 years. Now retired, he is an independent educator, author, lecturer, writer, speaker, blogger and consultant. He is the editor of 5 books, including Coexistence and Reconciliation in Israel--Voices for Interreligious Dialogue (Paulist Press, 2015). His new book, The Other Peace Process: Interreligious Dialogue, a View from Jerusalem, was published by Hamilton Books, an imprint of Rowman and LIttelfield, in September 2017. He recently (September 2022) published a new book about peacebuilders in Israel and Palestine entitled Profiles in Peace: Voices of Peacebuilders in the midst of the Israeli-Palestinian Conflict, which is available on Amazon Books, Barnes and Noble and the Book Depository websites,
Related Topics
Related Posts