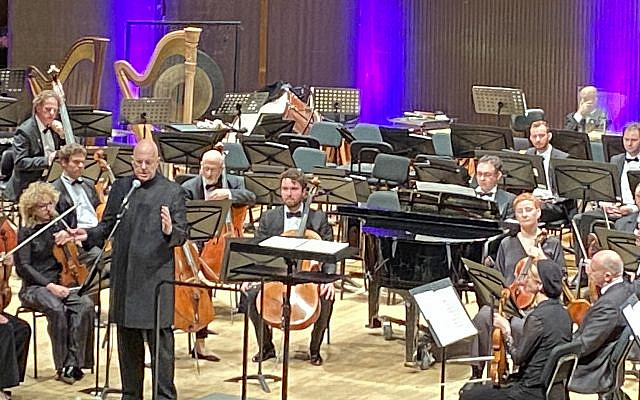 The music of Gustav Mahler is not everyone’s cup of tea, and this applies especially to his later works, starting with his sixth symphony. However. at last week’s concert given by the Jerusalem Symphony Orchestra under the baton of Maestro Leon Botstein, the auditorium was packed, evidently with people for whom Mahler’s music was to their liking.

Almost everything Mahler wrote has a distinctive character of its own as well as bearing a common thread of composition and orchestration that is evident in them all. The first five symphonies are generally melodious, with references to folk music, popular tunes or songs composed by Mahler himself. Anyone familiar with his music will almost instantly recognize an unfamiliar piece of music written by him, because of his idiosyncratic use of the brass or wind instruments, rhythmic element or deployment of tympani.

At last week’s concert Maestro Botstein spoke a few words of welcome in Hebrew before proceeding in English to explain the nature of the evening’s program – an arrangement by Mahler of a Bach suite followed by his symphony no.6, placing them both in the context of Mahler’s life and career, his position in turn-of-the-century Vienna and his subsequent move to the U.S.A.

The symphony starts with a heavy, rhythmic thumping sound in a low register, seeming to describe the ominous marching of an army, before taking off into higher spheres with the introduction of the other instruments of the orchestra. Being a conductor as well as a composer, Mahler seems almost to go out of his way to use every conceivable instrument ever invented as suitable for inclusion in a symphony orchestra – as well as some that aren’t. Mahler’s impoverished childhood home in Bohemia was situated near to a military barracks, so that the sounds emanating from there evidently constituted a formative influence on him, one that can be heard in many of his symphonies – trumpet calls, rattling drums and shrieking whistles.

In later life Mahler spent summers in the Austrian countryside, and themes representing the pastoral atmosphere and his enjoyment of it recur in many of his symphonies. In last night’s performance the sound of cowbells could be heard from time to time, bringing a simple, earthbound element into a world of noise that thrashed and whirled around the auditorium with frenetic energy.

As the four movements of the symphony progressed, with very little melodic charm and a greater amount of dissonance than is customary even in Mahler’s work, the mood shifted from ominous apprehension to brazen defiance. Near the end of the piece one of the several tympanists raised a huge wooden hammer aloft then brought it down on the floor with an enormous crash, repeating this feat of physical and aural assault one more time. Nobody was hurt, but the message was not a happy one. I was left wondering what Mahler was trying to say. Was he apprehensive as to what the future held? Was he a visionary? Or was he simply depressed?

I was fortunate enough to have been introduced to Mahler’s music as a small child, when my father would put the record of his first symphony on our family gramophone and explain the music to me. I feel at home with most of Mahler’s music, but I must admit that though his sixth symphony is not easy on the ear, having been able to hear it performed live is an audio-visual experience I will always remember.