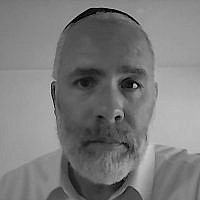 The Blogs
Pnuel Perry
Apply for a Blog
Advertisement
Please note that the posts on The Blogs are contributed by third parties. The opinions, facts and any media content in them are presented solely by the authors, and neither The Times of Israel nor its partners assume any responsibility for them. Please contact us in case of abuse. In case of abuse,
Report this post.

Doesn’t time heal all wounds? How could it be that it’s twenty years since Rav Nachman Bulman’s passing on the 26th of Tammuz, 5762, and my sense of loss is still raw?

I took counsel with Rav Noach Orlowek some years after Rav Bulman’s petirah to discuss whom I could find as a guide and mentor in his wake. The field had seemed so devoid of candidates, but how could that be? Surely Rav Bulman’s replacement was out there, somewhere. Rav Orlowek would know.

In preparation for the meeting, I resolved not to cry. “Whatever happens,” I told myself, “do not start weeping in front of Rav Orlowek!” At a private venue in Ramat Eshkol, my wife and I sat down across from him, and I said, “We miss Rav Bulman.”

“I miss him, too,” he blurted and broke into tears. Who was this man whose loss engenders such pangs, even now?

As a bachur at Yeshivas Ohr Somayach between 1994 and 1997, I cherished Rav Bulman’s weekly address. On one such occasion, he entered the back of the beis midrash and cleared his throat, more loudly, it seemed, than usual. Sefarim closed and students rose as he walked down the aisle to the bimah in the center of the room. Those who had been sitting with their backs to the bimah turned their chairs frontward; those who had been learning in the front of the room came around to sit before him. He waited for silence, his thick arms resting atop the back of the massive wooden reading table. His gaze was fierce. His nostrils slightly flared as he breathed, the corners of his sealed mouth turned downward. He was, we realized, absolutely livid.

“I just got out of a taxi,” he began. “The radio was playing that ‘rap.’” He spat the word with disgust. “The driver didn’t know what he was listening to, but I certainly did.” He scanned the room and, incredibly, began to rap the lyrics he had just heard.

He stood there, nearly trembling with outrage. We sat staring, unable to move or breathe.

Who was Rav Bulman’s “we”? Us, the yeshiva bachurim, his immediate audience? Us, Klal Yisrael in general? Most obviously, yes. But it also encompassed everyone, all embodiments of G-d’s exquisite humanity upon His abundant earth, who, by virtue of mere existence, were beholden to His will – including, of course, the rapper himself, repudiator of that Divine will, extoller of violence and immorality, far removed from this holy place yet now the focus of Rav Bulman’s ire as though he’d spat directly in the Rav’s face. For indeed, he had.

Rav Bulman took the rapper’s anarchistic wantonness as a personal affront, yet most people would likely have found his indignation puzzling. “Mah echpat lecha?” they would have asked. “What do you care? What does it matter?” That man is nothing to you, to your exemplary life, your role as spiritual leader, your lofty achievements and aspirations. Let him self-destruct and take as many of his ilk with him. Why be so upset, so embattled?

Yet Rav Bulman had his fingers on society’s pulse, not like a socialite or even a pundit, but like a physician sworn to heal and, inevitably, prone to bemoan his inability to do so in the face of metastasized disease. The rapper was not irrelevant, but a failed component of the Divine whole worthy not of cynicism, but of scrutiny and outcry, incorrigible though he may be. His incitive words mattered. His ludicrous celebrity and wealth, gifts from Above used to preach there’s nothing Above, mattered. His human tragedy mattered.

Rav Noach Orlowek’s advice to my wife and me that day both stung and filled me with thanks.

“If you’re seeking another Rav Bulman,” he said, “stop right now. There is none. I know what’s out there, and you will search in vain. Trust me. The South lost the war,” he declared, alluding to the inarguable outcome of the American Civil War.

“What you must now do,” he continued, “is find five rabbei’im to take his place.”

Yet Rav Orlowek’s instruction also filled me, and fills me still, with thanks, for my sense of loss is often sweet when I think of how fortunate I was to experience a man who is now replaceable by no less than five, a singular man who burned with deep passion and caring, always, for everything.

About the Author
Born in Boston, Pnuel Perry is a writer, editor, and translator who lives in Jerusalem with his family.
Related Topics
Related Posts