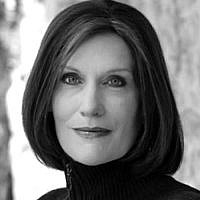 The Blogs
Heather Dean
Apply for a Blog
Please note that the posts on The Blogs are contributed by third parties. The opinions, facts and any media content in them are presented solely by the authors, and neither The Times of Israel nor its partners assume any responsibility for them. Please contact us in case of abuse. In case of abuse,
Report this post. 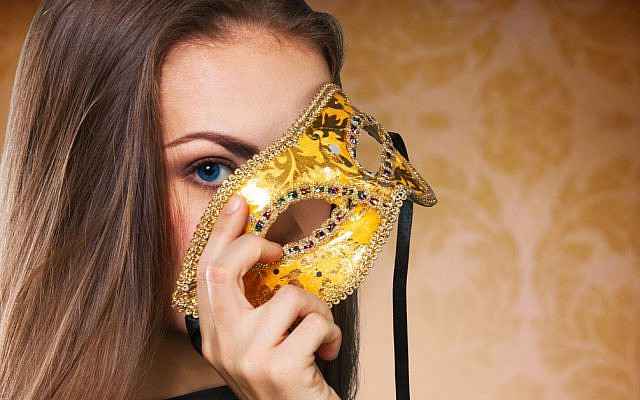 A simple search on why authors take on a pen name will lead you to a variety of reasons, depending on the author. A common answer is privacy. A pen name allows authors to separate their personal and professional lives.

L’havdil, Heather Dean is the name I was born with. Naturally, it was the name my teachers and fellow students called me from grade school through college. In fact, having a name like Heather Dean was my ticket to finding out what my fellow university students thought of Israel or of Jews in general. None of them knew that I had eight years of Hebrew school under my belt and could read Hebrew, that I visited Israel twice, or that my family belonged to a local (Conservative) synagogue.

Having a name like Heather Dean meant that one of the students from my dorm felt completely comfortable saying things like “Israel should be turned into a parking lot,” over dinner in the dining hall. That’s when I made a conscious decision: In the interest of knowing more about what other students had to say about Israel and the Jews, it would be unwise to reveal my heritage. Better to let them think they were talking to just any other student.

Almost no one at my university identified as religious; I knew no one who attended a religious service or house of worship. My roommates included a Catholic, a preacher’s daughter, a Muslim whose family fled Iran in the late 1970s, and a secular Jew. Though I too was secular at the time, she had a very identifiably Jewish name, so for her, there would be no hiding behind a goyish-sounding name like mine. In that whole group, not one of us observed the religion we were born into with any sense of seriousness or piety. It would be another 15 years before I became a “pious” Jew.

The mask that was my name revealed more than I wanted to know about the way people thought of the Jews.

Another eye-opening incident took place during my sophomore year at school. A friend said something disparaging about Jewish people. Perhaps she was going for a cheap laugh, I don’t really know. Disturbed by her remark, I asked her privately what she had against Jews. “I’ll tell you,” she answered. “When I took tennis lessons before fifth grade, there was a Jewish kid in our group who was all whiney and irritating and basically a spoiled brat. I decided then that I didn’t like Jews.”

And that was that.

Because a 10-year-old Jewish kid had behaved the way many kids behave, a whole people was now reviled. Or perhaps this student’s family and social group didn’t view Jews favorably and it took one annoying Jewish kid to tip the scales.

Throughout the generations, common everyday people have made excuses why a minor dust-up results in an intense dislike of all Jews. Taken to the extreme, in the Purim story, Haman is enraged by the actions of one Jew, Mordechai, and his judgment is then projected on the entire Jewish people.

After college, I moved to New York to pursue a career in broadcasting. With such a big Jewish population, there was no reason to hide the fact that I was Jewish, and in an industry filled with Jews I would not have stood out had I said I was Jewish. I really didn’t need a mask to hide behind, nor a new name.  No one asked, so I never revealed my heritage. At that time, any form of religious observance was completely off my radar. I was completely driven by my career.

The New Age movement was quite popular in the mid-1990’s in New York. There were opportunities to learn, explore and express one’s spirituality and attend lectures and events throughout the city.  Marianne Williamson was a top speaker in the New Age set with a big New York City following, and she didn’t hide the fact that she was Jewish. Like mine, her name doesn’t sound Jewish, yet she openly identifies herself as a Jew. Back then I liked that she urged everyone to replace fear with love, but found it very odd that she talked mostly about non-Jewish principles and deities.

After a long illness, my mother passed away in 1995. My career in broadcasting had taken off by then, and my spiritual quest had wings of its own as well. My dip into the New Age pool sunk like a stone – it was all about preaching love, but the ‘preachers’ themselves were less-than-noble. So I began to explore the religion I was born into: Judaism.

I began to frequent the Aish New York center on the Upper West Side of Manhattan. Eventually, I signed up for many of their organized trips to Israel. I took on a Jewish name, something I never officially had. My dad didn’t share my enthusiasm about religious Jewish observance, but he was very accepting of my choices and even sponsored the kiddush at Aish NY commemorating my Jewish name.

When I was born, my parents named me Heather after my grandmother, whose name was Hilda. They chose an English name with an ‘H’ to honor her memory.  So I, in turn, chose a Hebrew counterpart for the Yiddish name “Hilda.” Incidentally, ‘Dean’ had been anglicized by my father when he was a young man. The family had a long, unpronounceable name that Dad’s immigrant parents were called in the alte heim, and he shortened it to the first syllable which sounded like Dean.

The mask I wore as Heather Dean served a purpose for the insecure college student that I was long ago; the student who decided not to stand up to the two antisemitic students she knew, at a time where antisemitic and anti-Israel remarks were rare. I still use the name Heather Dean professionally, but not to hide behind my Jewish identity.

Because my work is in the public sphere of Jewish media, I am known publicly as Heather Dean; my name from birth which naturally has been my byline. It is a name that my nearest and dearest find as odd as I do because it’s a name – albeit a nice one- which hearkens back to a long-ago chapter of my life, and a value system of my youth where education and career were a higher priority than the authentic Jewish values I hold now.

In the Purim narrative, Hadassah hid behind the mask of being just a girl from Shushan, who chose only to reveal her identity as a Jew when the time was right. Having embraced a deeply religious Jewish life for the past twenty years, I don’t hide my Jewish identity any longer. Nevertheless, my Jewish name is reserved for my family, close friends, and myself. My goal is not to publicize my name, but rather to publicize the miraculous journey out of Exile with the help of our Creator – who l’havdil –  famously remains nameless in the Megillah.

About the Author
Heather Dean began her career as a broadcast journalist over two decades ago at MTV’s news division. She has also produced celebrity interviews for Associated Press Radio, E! Entertainment Television, and People Magazine Online among other outlets. Heather has also been interviewed on camera for such networks as NBC News, MSNBC, and Fox News to comment on breaking entertainment news stories. She became a regular student at Aish NY in the late 1990s and traveled to Israel many times on Aish NY trips. Heather met her future husband in Israel and made Aliyah in 2001. They remain in Israel, and it is the birthplace of all of their children. She speaks to many audiences about her incredible career interviewing celebrities – and especially why she walked away from it. Her memoir, “Searching for Heather Dean” is available on Amazon.
Related Topics
Related Posts
Comments