The War on Women in Israel: How Religious Radicalism is Smothering the Voice of a Nation by Elana Maryles Sztokman

Sztokman’s extremely compelling study of the marginalization of women uses Israel as its test case to prove how religious fundamentalism is more insidious than we can imagine. Left unchecked, it could turn back the clock for women’s rights the world over, and to the detriment of civil society as a whole.

When I began reading this book, I was truly hoping that I wouldn’t be learning anything new. I thought I was fully aware of how the Ultra-Orthodox (Haredi) parties manipulated the governments they’ve sat in coalitions with. I thought I already grasped the significance of their dealings and wielding of their disproportionate power, which crept into almost every area our lives. After all, I’ve lived here for over 35 years, and I don’t shy away from the news. In fact, I did know quite a lot, mostly because I’ve been involved with some of the organizations and people fighting to overcome these inequities. However, Sztokman’s book made me realize that even I had some gaps in my knowledge of just how dire the situation has become.

For those who don’t live in Israel, much, if not all of what Sztokman describes here seems practically unbelievable. The whole world knows how egalitarian Israel is, right? Sure they do! They must be; the evidence is overwhelming. Israel elected one of the world’s first female heads of state, its army has been co-ed since it was established, and even its Declaration of Independence guarantees gender equality. However, the difference between all that and the constant depredation of women’s rights at the hands of the Haredim tells another story altogether. What’s more, if it weren’t so sad because it’s all too true, some of it would be almost comical.

However, this is no laughing matter, particularly because one of Sztokman’s most important points with this book is that it isn’t happening only in Israel. This phenomenon is on the rise across the world. It is happening wherever fundamentalists are using their “faith” to oppress any sector of their population. That’s no surprise when you look at radically Islamic countries where beating and killing “disobedient” women is a matter of course. Of course, Christians aren’t like that – or are they? Sorry to burst your bubble here, but Putin’s Russian Orthodoxy that outlaws homosexuality is no better or different from some of the Tea Partiers’ version of a Christian America, who are already attempting to chip away at the Constitution’s bothersome first amendment that keeps the Church separate from the State. The point is, religious radicalism is everywhere, and its greatest proponent is our silence in the face of its tyranny. 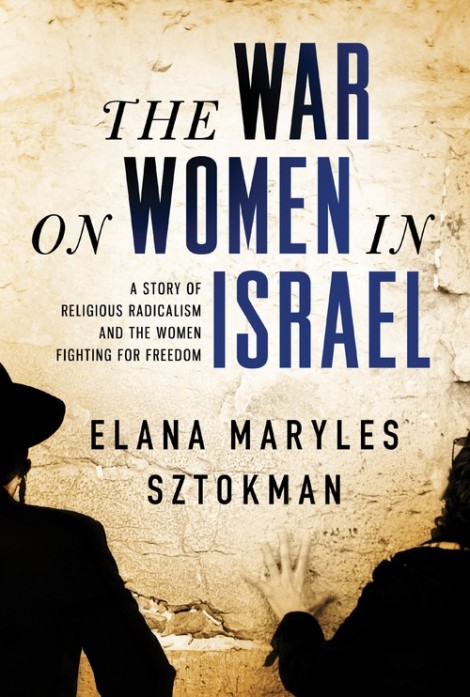 Sztokman has done an outstanding job of uncovering and compiling the evidence of this horrific trend in Israel, and has written it with the most compelling language possible, making it feel more like a fictional thriller or emotional drama than a work of non-fiction. Moreover, that an Orthodox woman would be the one to write such a book is nothing short of heroic, as I’m sure this will raise ire among many (which is a good thing, if you ask me). Thankfully, Sztokman also includes the positive side of this situation in Israel, and how the Haredim are beginning to lose their grip since the last Knesset elections, which forced them to move to the opposition. This brings me to the only problem with this book; because the situation is so volatile here right now, some of the information is already out of date – particularly the most recent successes achieved in only the past weeks and months.

I can only conclude that this is a book that should be required reading for anyone – male or female, in every country across the globe. Because despite the many frustrating and even depressing examples that Sztokman describes here, it is also a wake-up call to action. This brought to mind the poem “Bread and Roses,” written by James Oppenheim, which was put to music by Sister Mimi Fariña, and recorded by Judy Collins and Joan Baez, among others. The poem’s last stanza has the following words of hope:

“The War on Women in Israel” by Elana Maryles Sztokman from Sourcebooks Landmark, released September 16, 2014, is available from the Book Depository, Barnes & Noble, Amazon, Kobo, or from an IndieBound shop near you. I would like to thank the publishers for sending me an advance reader’s copy of this book for review via NetGalley.