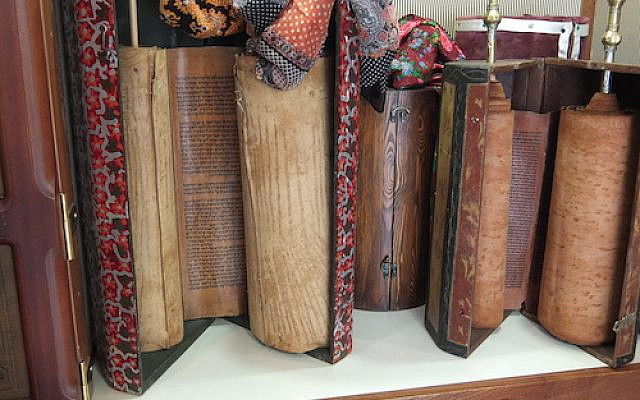 After 12 years of glittery Christmas trees, but no menorahs, no Shabbat candles, and no Friday services, I suddenly got religion. I wanted to become a Bat Mitzvah. And so, with no prior religious studies, but with all the zeal of a convert, I began my “speed” Torah and Hebrew studies for the big day.

My parents, secular Jews, while supportive, were mystified by my inexplicable Bat Mitzvah mania. I did, however, have a huge cheering squad at the tiny congregation at the fledgling Temple Isaiah in Stony Brook, Long Island, New York.

For me, Temple Isaiah, although I couldn’t articulate it then was a refuge from the “other.” This “other” was antisemitism. Although I had felt its sting before, antisemitism had never hurt so deeply. Yet, now, as an almost teenager, insecure in so many ways, it felt so threatening, so personal, and so very close.

There was a second, much nicer reason I wanted a Bat Mitzvah. I yearned to emulate my 21-years-older favorite brother, who lived in Las Vegas.

Gil’s Bar Mitzvah had been a wild, wonderful affair. It started out modestly enough but serendipitously occurred the weekend World War II ended. So, the celebration of one boy’s passage to manhood became a much bigger cause for joy.

Family movies of that epic event show a parade of relatives queuing up to kiss my then chubby, good-natured brother, as my parents stood beside him beaming, beaming so broadly, I’m sure their jaws must have ached for days afterward!

Now, two decades later, I dreamed of being the recipient of that kind of unfiltered, uncritical love and I wanted my beloved brother Gil to travel East to be there as I replicated his skill at the bimah.

My Bat Mitzvah studies progressed at mercurial speed. Before you could say, “I know my Haftorah,” I could read (i.e., phonetically/fake read) my way through my Torah portion.

And before you knew it, the rabbi set the date for my Bat Mitzvah. Invitations were sent out. The ladies of the sisterhood had embossed my name in a copy of a Torah to present as a gift at the ceremony. And my mother had booked the caterer. All systems were “go” for Temple Isiah’s first-ever Bat (or even Bar) Mitzvah!

The small Jewish community of Stony Brook was abuzz!

My big brother called. He couldn’t come. The hotshot deputy DA would be in court.

“Ask for a continuance,” I demand-pleaded, with the authority of a seasoned Perry Mason TV show watcher.

This explanation was above my TV talk parlance. All I knew was that my brother cared more about some court case than his kid sister. Cue the tears. Cue the air hissing out the party balloons.

Sure enough, two days later, I declared I did not want to proceed. No amount of discussion, pleading, or ranting would change my mind.

I may have acted impulsively, but I was determined to stand “on my own,” and strangely this burst of rebellion helped me going forward deal with all my fragile teen feelings and the assorted demons I was battling, including anti-Semitism.

Meanwhile, my lovely Temple Isaiah supporters who had lavished so much effort helping me prep for my Bat Mitzvah were deeply hurt. They never forgave me for my failure to honor my commitment to stand before the bimah. And they never gave me that engraved Torah.

Yet, while I never became a Bat Mitzvah, I never regretted that crash study course. Because in the decades since that frenzied time, I have come to embrace Judaism in a more thoughtful and deliberate way. And that process began at Temple Isaiah.

So, belatedly, I say “Thank you to the rabbi and congregants of Temple Isaiah, circa 1965.”

“And just out of curiosity, I was wondering. What did you do with that engraved copy of the Torah?”