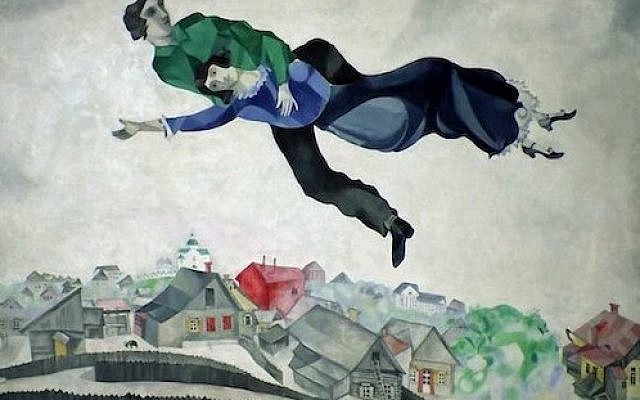 We’re moving after eight years. My husband is excited. He should be. The move is his idea. A return to his childhood hometown, something he’s been longing to do for many years.

I, on the other hand, am not excited. The town is relatively small. I’m a big-city girl. So, I view the relocation with trepidation.

But what the heck. I love the guy. So, it’s onward to the next adventure in this larger-than-life adventure called marriage. It’s worked out pretty well so far in our 34 years.

It isn’t even the move to the new home and town that I’m struggling with, as much as the move away from this place.

It’s odd. Growing up, I moved frequently. My family moved so often I attended 22 schools. The longest I ever lived in one place was three-and-a-half years. Military kids had nothing on me!

And while I’m not much of a homebody, there’s something about our current home in Berkeley, Ca. that caused me to fall 100% in love with it. Maybe it was the mid-century modern open floor plan or the floor-to-ceiling windows looking out to the Golden Gate Bridge, but never have I loved a house as much as this one.

So, leaving is tough.

And it’s not just the architecture or the view of the San Francisco Bay I’m going to miss. It’s the community.

I’m going to miss the sweet lady from Korea who runs the dry-cleaning shop I go to. She doesn’t speak much English. I don’t speak any Korean. Yet, that dear woman has not only tended to our clothes but she’s also filled an emotional void in my life.

She’s a seamstress who’s mended them with loving care — often at no charge. My grandmother did this for decades and worried about who would take over the task after she died. Each time I go to the cleaners with an item in need of stitching, I look to the Heavens and silently say, “See, Grandma, I found a friend to take care of me. You don’t have to worry.” Now, with this move, Grandma and I both must worry anew about holes, hems, and loving-kindness.

I’m also going to miss my community of artists and theatre chums at the Tony-award-winning Berkeley Repertory Theatre. I come from a family of Broadway-aholics. Those family members are all gone. So, when we moved here, Berkeley Rep filled a void. Now, I’m losing them too. That’s hard on my heart and soul.

My mother was a devoted gardener. As a teenager, I didn’t get the attraction. In fact, I smirked as she got down on her hands and knees cultivating envy-of-the-neighborhood roses and bigger-than-your-fist tomatoes. Back then, I was going to change the world. Who had time for such mundane backyard pursuits?

But, now as an almost-oldster nestled in my cozy home, I’ve watched with pride as the magnolia tree we planted grew from a sapling to almost two stories tall, and my wee Japanese maple blossomed into a graceful canopy of branches and leaves.

Yes, at 67, I understand that changing the world is hard and that incremental changes in my own backyard are something to note and savor.

At 67, I also know that friends are as valuable as family, especially since so many relatives have died. This makes saying goodbye to good friends especially difficult.

Judaism places a high value on community. Almost two thousand years ago, Rabbi Hillel wrote “Do not separate yourself from community.” Of course, he was speaking of spiritual matters, not a 171-mile move across the Sierra Nevada Mountains to Reno, Nv., but still, it re-enforces my angst at this moment.

It also re-enforces my sense of urgency to “get on with the show,” get settled in my new community, and re-build my life, make friends, form alliances, and find a new purpose there. It won’t happen overnight.

But, of course, Judaism’s belief in the value of community plus the basic human need for friendship will help make this latest move the next great adventure in my life.

So, once again I say, onward!