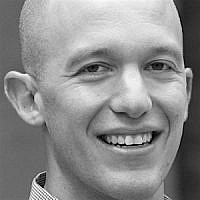 The Blogs
Jason Bonder
Apply for a Blog
Please note that the posts on The Blogs are contributed by third parties. The opinions, facts and any media content in them are presented solely by the authors, and neither The Times of Israel nor its partners assume any responsibility for them. Please contact us in case of abuse. In case of abuse,
Report this post.

As I watched Team Israel’s shocking success in this year’s World Baseball Classic, I realized that they gave me a twofold gift as a fan. First, they brought back wonderful memories of my days playing ball for the Tel Aviv Lightning in the first, and only, season of pro baseball in Israel. Second, and perhaps more importantly, they made a huge impression on me as someone who is dedicated to the future of the Jewish people. Team Israel certainly shocked the world and made a statement on the ball field. But they simultaneously made a statement about what it means to be Jewish and American in the 21st century. I don’t think that I would have realized this, had it not been for their most famous teammate — the Mensch on the Bench. 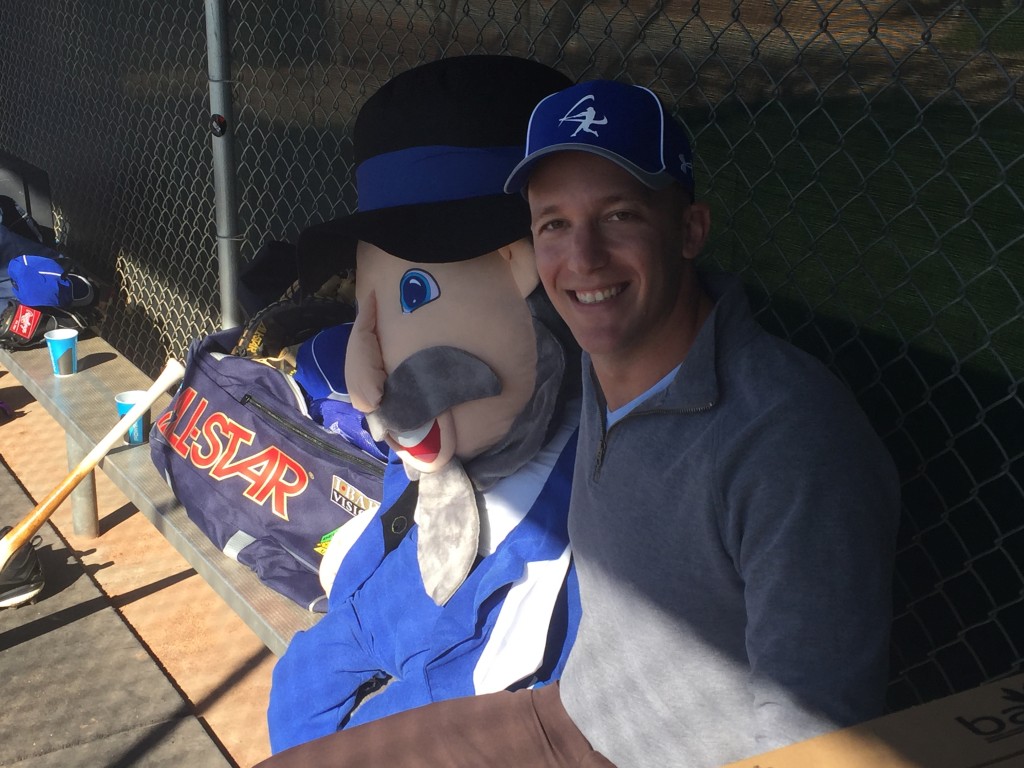 My photo opp with the Mensch on the Bench at Team Israel’s pre-tournament workout in Arizona.

The straggly bearded life sized doll helped create a certain levity that Team Israel brought to the World Baseball Classic this year. This lighthearted attitude, and perhaps the Mensch himself, played a big part in the team’s early success. Regardless of whether the Mensch had mystical influence on the outcomes of games, it is indisputable that he had an influence on those of us watching this unlikely journey unfold. It was hard to find an article on Team Israel that did not include a picture of the Mensch on the Bench. When we saw the contrast of the Mensch and these fantastic athletes, many of us couldn’t help but giggle.

Like most things that make us laugh, underneath the comedy lies poignant truth. A mensch is a Yiddish word that means “A person of integrity and honor.” As Jews, we want to raise our children to be menschen. Nevertheless, our young children don’t aspire to be the Mensch on the Bench. They want to be the players on the field. They want to be the next Freiman or Zeid or Lavarnway – who are menschen in their own right, but a different kind of mensch. I see the future of my work as a rabbi in this convergence of these values. Team Israel is showing us the way into the future of American Judaism.

The juxtaposition of the Mensch on the Bench to these gifted athletes is far from new. The photos of these Jewish ballplayers next to the Mensch as the visual manifestation of the 19th Century Zionist dream. In these pictures we see the “Old Jew” in that lovable doll and the “New Jew” wearing a baseball uniform. The stateless “Old Jew” was bookish, weak, and had no option but to play the victim. He was disrespected by his non-Jewish neighbors and had a bleak future. In the late 19th century, the vision of building a Jewish nation-state was born. This vision, coupled with news of pogroms and anti-Semitism, spurred the early Zionist thinkers to dream of a different kind of Jewish person. When under attack, the “Old Jew” was as good as a stuffed doll sitting in the corner. The “New Jew” would be physically strong and capable of self-defense. The new Jew would be worldly and respected by his non-Jewish neighbors. The New Jew would have a country to call home.

The endeavor of creating the New Jew was a success, and not just in Israel. Jewish immigrants to our shores here in the United States also reinvented themselves and their Jewish identities. Walk along the beach in Tel Aviv, walk the streets of Manhattan, or watch Team Israel in the World Baseball Classic and you’ll see it for yourself – fit, athletic, worldly. The New Jew is here to stay. But Team Israel is reminding us that there is one thing that the early Zionists were unable to do. They couldn’t fully separate the New Jew from the Jewish faith. They could not get rid of the Jewish calendar, the Jewish holidays, the essence Jewishness. Judaism wasn’t cut from the team. It still has a spot on the bench. The fact that this phenomenon is represented by a life-sized plush doll makes it even more apparent and more wonderful.

Having been a Religious School teacher for almost a decade now, and as a current Religious School Director, I’ve observed that somehow, we are lamenting what the early Zionists would have celebrated. There is a lingering myth that our students are choosing sports over Jewish education. We see that children arrive late to Religious School from practice and they leave early for the big game. Their spotty attendance, and kids just being kids, coaxes us into thinking that the big game is more important to them than their Jewish heritage. But I don’t believe that this is the case in our generation. Our Jewish kids do want tradition in their lives. They just don’t want it to be their lives.

And therein lies the problem. In our American Jewish Religious Schools, we have been trying for decades to shape our children in the image of the Mensch on the Bench. This became increasingly apparent as writers continued to opine about the Jewishness of Team Israel. The majority of Team Israel were Americans who were eligible for citizenship in Israel. That means only one of their grandparents had to be Jewish. Another way in was if they were married to a Jew. With so many diverse Jewish journeys and only three Israeli passport holders on the team, questions and comments about Hebrew school attendance, Bar Mitzvah, synagogue attendance, and observance of holidays came up constantly. But these are the markers of Jewish identity that measure the Mensch on the Bench. They can no longer apply to the guys on the field if we truly want to widen our tent as a Jewish People.

For decades we’ve tried to create cute cuddly menschen, but they’ve turned into gigantic talented ball players who had to skip Religious School and synagogue in pursuit of a dream. Team Israel’s Director of Player Personnel, Alex Jacobs, was quoted in the New York Times saying of his work for Team Israel that “This is making up for me dropping out of Hebrew School.”

We need to update the rubric. We need to start measuring Jewishness in a new way so that “Hebrew School dropout” is not a common adjective when describing Jewish identity. We need to measure Jewishness in a way that supports, and adds to, the hopes and dreams of the future players of Team Israel instead of detracting from those dreams.

Let’s stop asking if these guys have ever done time in Religious School. Let’s instead ask about the ways they felt connected to the Jewish people growing up. Let’s skip the question about the number of services attended and ask these guys about their worldview, their theology, and their dedication to tikkun olam – making this world a better place. Let’s forget about how many players live in Israel and ask instead where Israel lives in their hearts and minds.

There were reports that as Team Israel continued to shock the world, they brought offerings to the Mensch on the Bench – everything from Maneschewitz to Gefilte Fish. Then they went out onto the field and played their hearts out with the power of Judah Maccabee and the sarcasm of Larry David. This team represents the “New Jew 2.0”. They don’t reject our sacred Jewish past. They respect it. Their door is open to our traditions and rituals. But they can’t come to us. We have to go to them. They’ve already made room for us. The Mensch on the Bench is saving our spot.

About the Author
Jason Bonder is the Assistant Rabbi/Educator at Temple Emanuel of Tempe in Tempe, Arizona. Jason's three passions are family, Judaism, and sports. He lives in Tempe, Arizona with his wife and their young son.
Related Topics
Related Posts
Comments