Readers of James Joyce (1882-1941) know the name, Stephen Dedalus. It is the name of a character that occurs in three different Joyce novels: the begun-in-1904, discarded-in-1907 (its only draft partially burned in the author’s fireplace) and posthumously published, Stephen Hero (1944)—which is only an (incomplete!) early version of the common classic, the autobiographical—A Portrait of the Artist as a Young Man (1916); and the legendary, cult favorite, Ulysses (1922). In Stephen Hero, this surname is spelled, ‘Daedalus’, like the way the archetypal character appears in English translations of the epic poetry of Homer (and Homer only used the character because it was already familiar to Greek audiences): Daedalus built the labyrinth for King Minos on the island of Crete, in which the monster, the Minotaur, is kept; in an ironic twist, Daedalus becomes imprisoned in his own labyrinth. And in the Latin semi-epic poem of Ovid, the Metamorphoses, Daedalus fastened wings out of wax for he and his son, Icarus, who flies too close to the sun, melting the wax-fashioned wings, and as a result he falls out of the sky, into the ocean, where he drowns. In Portrait, the author’s spelling of Stephen’s surname is changed from D[ae]dalus to D[e]dalus which it remains in Ulysses.  But this moniker is still philosophically based on pre-Homeric Greek mythology, the epic poetry of Homer, and more specifically, Ovid. In Portrait and its literary prototype, Stephen Hero, Stephen is the protagonist. In Ulysses, however, he is a supporting role for a new protagonist: not a young Catholic character, like Stephen, but a middle-aged Jewish protagonist, named Leopold Bloom. It is widely accepted among literati that Stephen is Joyce’s ‘alter-ego’. How can we readers—using the original texts—prove this theory and be sure of this assertion? Overlooking the obvious intertextuality, this essay will examine Stephen’s convictions and personality and match and contrast them to that of James Joyce, the author himself. We will also trace Stephen’s progression throughout the novels, to determine at what points Stephen learns, matures and changes. Finding inconsistencies in the way Stephen is portrayed throughout the three (more like: two and a half) novels, will disprove that Dedalus is simply an alter-ego of Mr. Joyce. 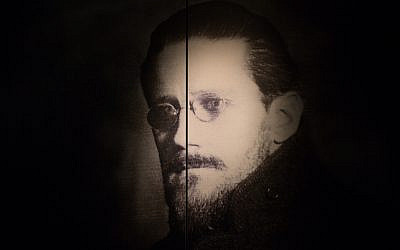 In my opinion, Stephen Dedalus’ connection to James Joyce would still be partially shrouded in uncertainty if it weren’t for one blatant clue left behind in the posthumously published partial manuscript, Joyce’s passionate adoration of Norwegian playwright, Henrik Ibsen. This adoration seems random, but it was true. In his essay, (date and periodical unknown), Ibsen’s New Drama, Joyce seems to overexaggerate this playwright’s place in society (strangely, more so than any critic would praise Joyce himself) by writing that he “has provoked more discussion and criticism than that of any other living man.” He writes that “…the great genius of the man is day by day coming out as a hero comes out amid the earthly trials.” (James Joyce: Occasional, Critical, and Political Writing 30) In the precursor to A Portrait of the Artist as a Young Man, Stephen Hero, Stephen Daedalus again seems to—by telling of his near worship of this European writer—overexaggerate the writer’s place by painting him as a salient presence whose effect goes well beyond the mere confines of dramaturgy. In Stephen Hero, he compares his exposure to the writing of Henrik Ibsen to the writing of French philosopher, Jean Jacques Rousseau, who apparently also influenced Joyce. He cites the section of Rousseau’s English biography when the philosopher stole “his mistress’s spoons and” allowed “a servant-girl to be accused of the theft at the very moment when he was beginning his struggle for Truth and Liberty.” Joyce writes, “Just as then with the [perverted] perverse philosopher so now: Ibsen had no need of apologist or critic.” (Stephen Hero 40) Narrator, Stephen Daedalus, compares Ibsen to the Hindu, Greek, Chinese theatres, the French “classical” and English “romantic”, suggesting that Ibsen’s art is beyond these. He mentions Shakespeare and Goethe and claims Ibsen is more successful an artist. Until the 1944 publication of Stephen Hero and the 2000 publication of Occasional, Critical, and Political Writing, the Ibsenization of Joyce must have been unknown. In the other works of Joyce—the writings about his supposed alter-ego, Stephen—no mention of Henrik Ibsen is ever made, except for one passing line in A Portrait of the Artist as a Young Man (Portrait 86). So while his identifying with the Norwegian playwright is a glimpse of the auto-biographical nature of his protagonist, his dropping of his fascination from his writings in the future is a sign of the progression of Stephen. Stephen changes.

One of the salient characteristics of Stephen D[a]edalus is that despite a parochial Jesuit education, he was no friend of Jesus. He is often accused by his peers and family of being led astray by books (philosophy, aesthetics, et al). His negative feelings toward his god and church are put forth in Ulysses when he debates religion with his employer at the school where he is teaching when he says that “God” is a “shout in the street…” (Ulysses 35). In Portrait of the Artist as a Young Man, Stephen studies and prays with the Jesuits but is influenced at home (in childhood) by certain members of the older generation who hold negative feelings about both Ireland and the Catholic Church, whom is his own father conflates and proclaims  “—A priest-ridden Godforsaken race!” (Portrait 42) His aunt worries and foresees Stephen’s departure from religious and nationalist conformity “—O, he’ll remember all this when he grows up…the language he heard against God and religion and priests in his own home.” (Portrait 37) In Stephen Hero, in which is found what is perhaps Joyce’s most revealing anti-Christian writing, “…Philosophy, love, art will not disappear from my world because I no longer believe that by entertaining an emotion of desire for the tenth part of a second I prepare for myself an eternity of torture. I am happy…Jesus is sad. Why is he so sad?…” (Stephen Hero 142); there is also a brief moment of reconciliation with the Church. Stephen is walking and talking with his younger brother, Maurice, and Stephen admits that he doesn’t go to Mass every day, but lies to his parents about it, while Maurice insists that he does. While Stephen is no lover of Jesus, saying things like “—I don’t believe, for example, that Jesus was the only man that ever had pure auburn hair…Nor that he was the only man that was exactly six feet high, neither more nor less.” (Stephen Hero 134), he knows that vocalizing his animosity towards the Church and God to his younger brother would corrupt him, and thus Joyce writes: “In this instance he could not admit that freedom from strict religious influences was desirable.” (Stephen Hero 58) This is the single most pro-Church statement in the three works we are reviewing.

In one section of the tome, Ulysses, (the section entitled by later Hellenist critics: episode 15: Circe), Joyce writes a hallucinatory play script that features the protagonist, Leopold Bloom, Stephen Dedalus and various ghosts of deceased characters, both historical and fictional. One recently deceased, historical character, who appears as a ghost, is Edward VII, king of the United Kingdom and Ireland and emperor of India. Stephen complains of being oppressed somewhat by this monarch:

O, won’t we have a merry time,

Here. What are you saying about my king?

(Throws up his hands.) O, this is too monotonous! Nothing. He wants my money and my life, though want must be his master, for some brutish empire of his. Money I haven’t. (He searches his pockets vaguely.) Gave it to someone.

The reason we know that Stephen’s feelings towards the then-recently deceased king reflects the reckonings of Joyce the author, is found in a letter to an editor he wrote on August 17, 1911, concerning some censorship of a story from his short story collection, Dubliners (1914) (‘Ivy Day in the Committee Room’). Joyce writes:

In December 1909 Messrs Maunsel’s manager begged me to alter a passage in one of the stories, ‘Ivy Day in the Committee Room’, wherein some reference was made to King Edward VII. I agreed to do so, much against my will, and altered one or two phrases. Messrs Maunsel continually postponed the date of publication and in the end wrote, asking me to omit the passage or to change it radically. I declined to do either, pointing out that Mr Grant Richards of London had raised no objection to the passage when Edward VII had passed into history.

Joyce, James. A Portrait of

the Artist as a Young Man. Transatlantic Press, 2012.

‘Ivy Day in the Committee Room’, The Literature Network, http://www.online-literature.com/james_joyce/961/.

About the Author
Scott Krane has been blogging for TOI since 2012. His writing has also appeared in The Atlantic, Tablet, Ha'aretz, The Jerusalem Post and the Daily Caller, among others. He has a degree in Judaic Studies and a Master's in English from Bar-Ilan University. He has learned at Macon Ha'Gavuah L'Torah in Israel and Hadar Ha'Torah Rabbinical Seminary in Brooklyn.
Comments