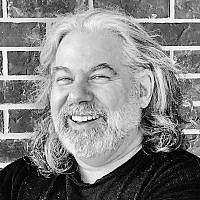 Step inside the home of a lonely person. You might find quiet, the type of silence that isn’t noisy. There is a certain emptiness to it. The area can take on a certain detached quality whereby the pictures and knick-knacks seem as if they don’t belong, as if they have been ignored, as if they are floating.

Loneliness is everywhere. It is palpable. It is sad. And it can be dangerous.

In Japan, those who purportedly passed away from loneliness have a name: “kodokushi.” Prof. John Cacioppo, a neuroscientist, described loneliness in The Lancet, a world-renowned medical journal as, “a condition that makes a person irritable, depressed and self-centered, and is associated with a 26 per cent increase in the risk of premature mortality.”

Mark Robinson, the chief officer of Age UK, a British non-profit that works with the elderly, stated that loneliness has been “proven to be worse for health than smoking 15 cigarettes a day” and can reduce one’s lifespan. What? Really?

Former surgeon general of the United States Vivek Murthy penned a piece for the Harvard Business Review, in which he stated that, “loneliness can cause cardiovascular disease, dementia, depression and anxiety.”

I live in Toronto, Canada. We have lots of lonely people. The city is big. The culture is not so warm. It is conducive to loneliness. Studies conducted by Simon Fraser University show that one in five Canadians experience some degree of loneliness or social isolation. This is most prevalent among people over 80, especially those who have lost a spouse.

And here’s the thing: according to surveys conducted by the U.K.’s Office for National Statistics, young people between the ages of 16 and 24 stated deep feelings of loneliness, often associated with technology. It is also not unusual for university students to isolate themselves on campus or in dormitories, because they don’t feel like they fit in. This can lead to depression. With this knowledge, the British government recognized it had an enormous national problem on its hands. According to the Jo Cox Commission on Loneliness, which was set up in 2017 to find ways to reduce loneliness in the U.K., more than nine-million British citizens “often or always feel lonely.”

The then British Prime Minister, Theresa May, therefore appointed Tracey Couch as the Minister of Loneliness. Brilliant!

This is something all government should consider doing. Jewish federations could take initiative by appointing directors of loneliness. Our leadership and institutions need to recognize loneliness as a key priority.

Here are some ideas for those experiencing loneliness:

Schedule your day. Take control of your time by creating a plan and finding activities you can initiate or be part of. Volunteering can be a powerful activity, as it can foster social interaction and create a sense of purpose. Consider opportunities that involve working with people or animals.

Find individuals you feel at home with and initiate conversations with them. This can happen in a book club or at shul on Shabbat. Some synagogues in Toronto like Darchei Noam and Shaarei Tefillah, are making real efforts to reach out to newcomers.

Likewise, have things to look forward to. Join a yoga program regardless of your age. Kitty Cohen, a Jewish community member, who passed away last year at 106, practiced yoga almost until her demise.

Similarly, find a meditation group. Laugh until you think your head will roll off. Read biographies of individuals who have overcome great adversity. Be positive!

Loneliness is a public health concern. It is a problem for our community. While there is some focus on loneliness, there needs to be more. We need to create a stronger, more inclusive community, one that is more accessible and friendlier.

And to those who are experiencing loneliness, fight like hell! Your life can get better..