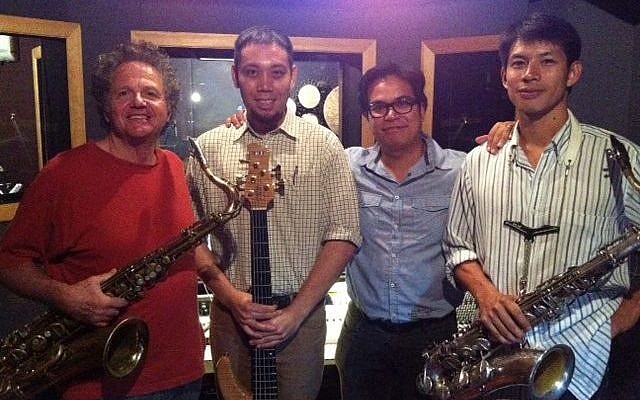 The club is situated on a busy main street, with cars moving everywhere, and throngs of visitors walking into the colorful local shops. The Northgate, (Northgate Jazz Co-Op) as it is called, is a rare phenomenon, not only in this Northern Thai city, but any where else in the world. It is one of the only surviving musicians’ collectives, where the musicians run everything, from planning concerts, cleaning, serving beer and of course giving concerts. The leader, called by his friends “Opor” (Pharadon Phonamnuai), is a brilliant saxophonist and the founder of this “enterprise”. He greets guests with traditional Thai smiles, which are genuine and warming. During the Thai tourist months (November-March), where the weather is balmy and inviting, people of all ages flock to this small corner of “heaven” to have a beer and hear some of the best music around.

Sometimes the club hosts guests from abroad (I have been privileged to be one of them), but more often than not, local talent: gifted artists in their twenties who are bursting to play before the crowds (I reminisce to myself that Miles Davis was a teenagre teens when he started playing with Bird -Charlie Parker). What is even more remarkable is Northgate’s sense of warmth and ease; yes, people come to hear music, but also to meet each other; the warm connection between audience and musicians is rare, in contrast to typical jazz clubs in New York, powered by strong profit motives (try nursing a drink in one of those clubs for a few hours!). In Northgate, the beer is only a few baht (pennies). Furthermore, EVERY musician that plays, (young, old, famous, unknown) gets paid the SAME AMOUNT: 200 Baht (the equivalent of six dollars). Just before the show begins, an toothless elderly man (who by all counts looks “homeless”), plays a loud gong for the show to start (and  has the freedom to join in the playing with a special pair of maracas set aside for him).  This way the club keeps the man alive in dignified fashion, making him part of the show (he gets paid the same 200 Baht).  But what is so moving is how the musicians have made this act of giving a tradition; to this day, no show can start without him!

I can say without out a doubt that every time I have played at the Northgate something magical has happened to me, either in the actual music, or backstage meeting new people. There, a new generation of players are thirsty for information. People who are my age they call “Master”.  At first, my humility prompted me to approach director Opor (who to this day also calls me “Master Steve”), and say, “You really don’t have to do that!” He smiled, simply giving me a big hug (as if to say “Sir, you have no choice!”). 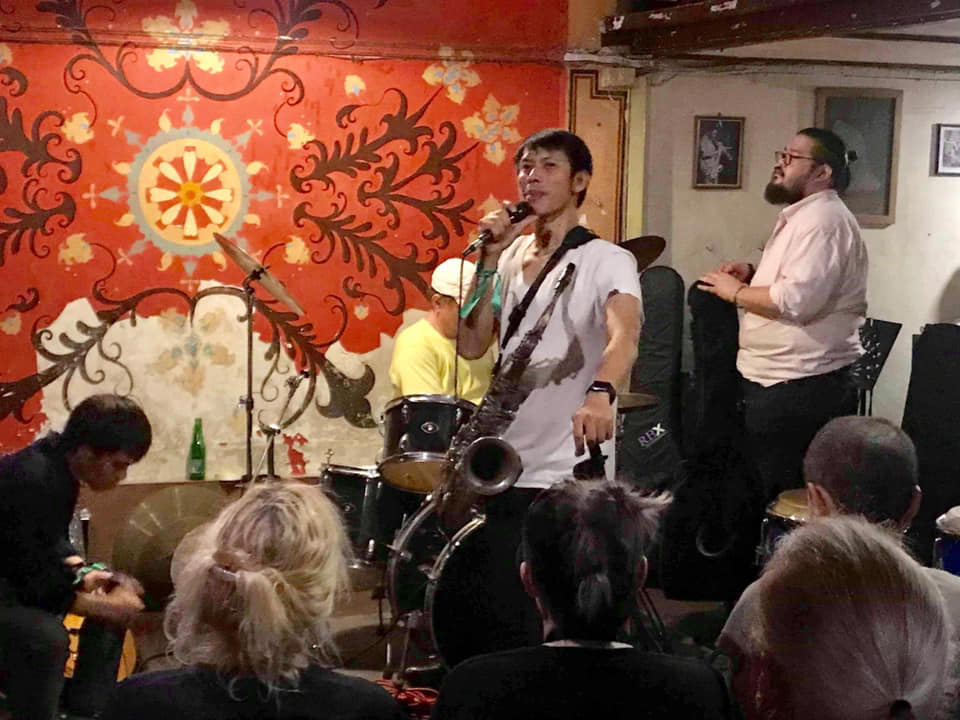 Opor introducing the musicians at the Northgate.

As contrasted with many jazz clubs around the world where people often chatter rather than listen,  at Northgate when the music starts, the talking stops. Even the waiters know how to “tip toe” through the crowd, which inordinately spills into the streets. People are genuinely there to HEAR the music. It’s not for background. It’s not music to seduce or impress , but simply to listen.  The crowd and musicians are music lovers, and share the moments.

The club has existed for decades through regular attending crowds, private contributions and the selfless dedication of Opor and his colleagues.  Many of the members engage in social action programs, the latest of which is restoring trees around Chiang Mai.  During recent city expansion and road paving, many trees have become uprooted and damaged.  In addition, Opor has become active in teaching young children in the outlying poorer neighborhoods.  Finally, he has also championed environmental causes (the latest of which is ridding the streets of Chiang Mai of plastic). 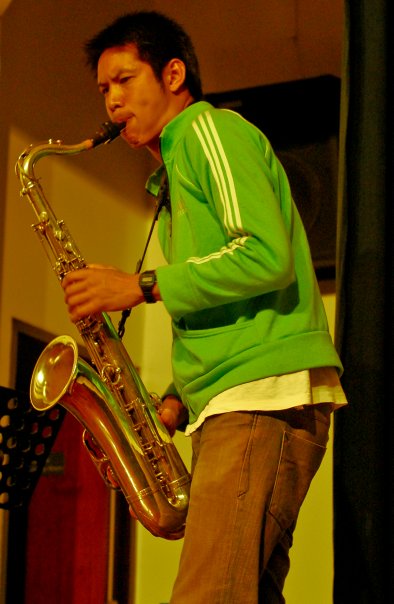 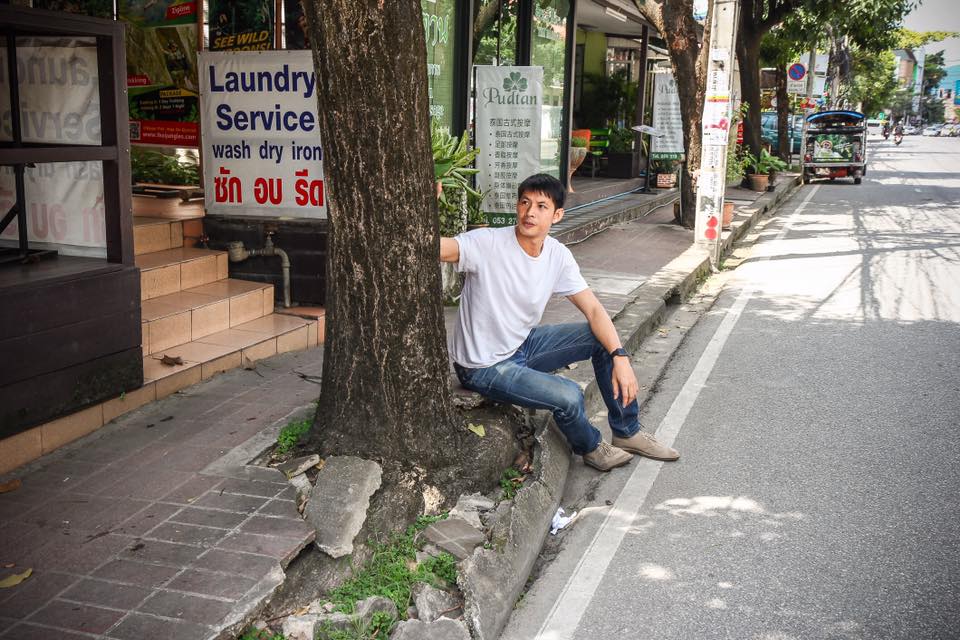 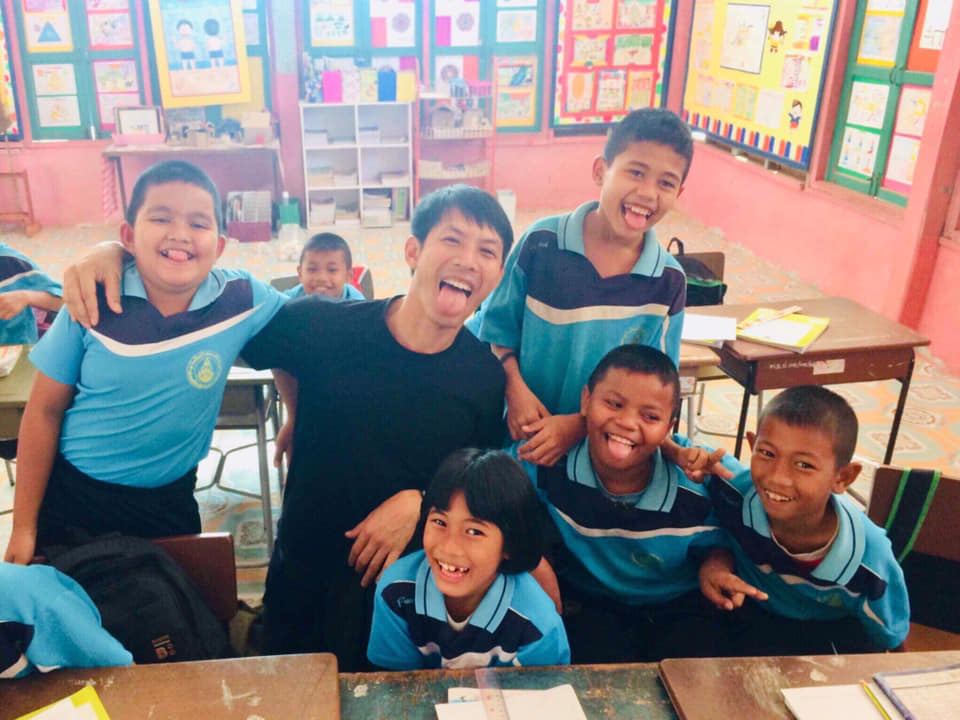 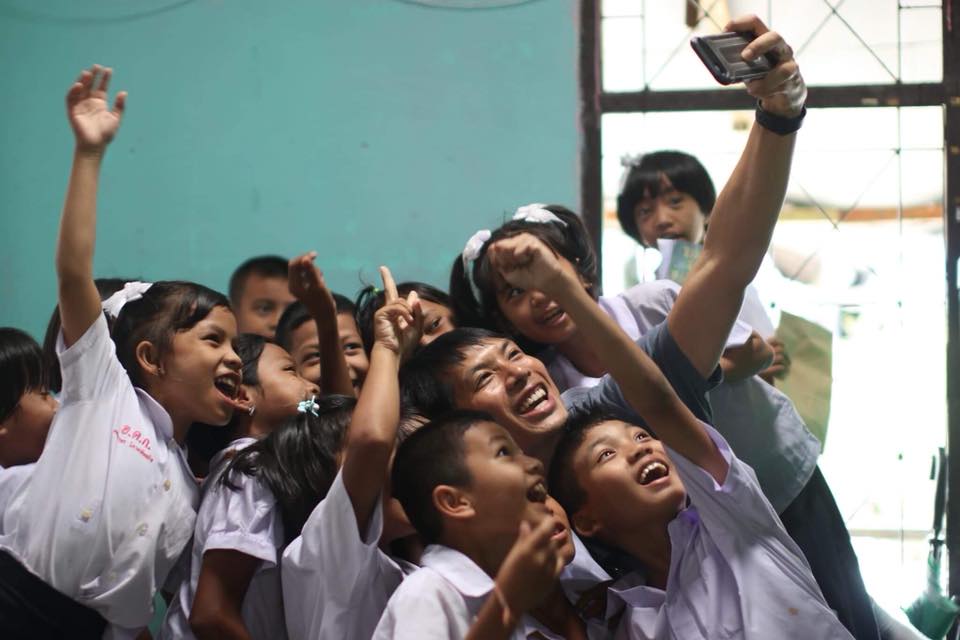 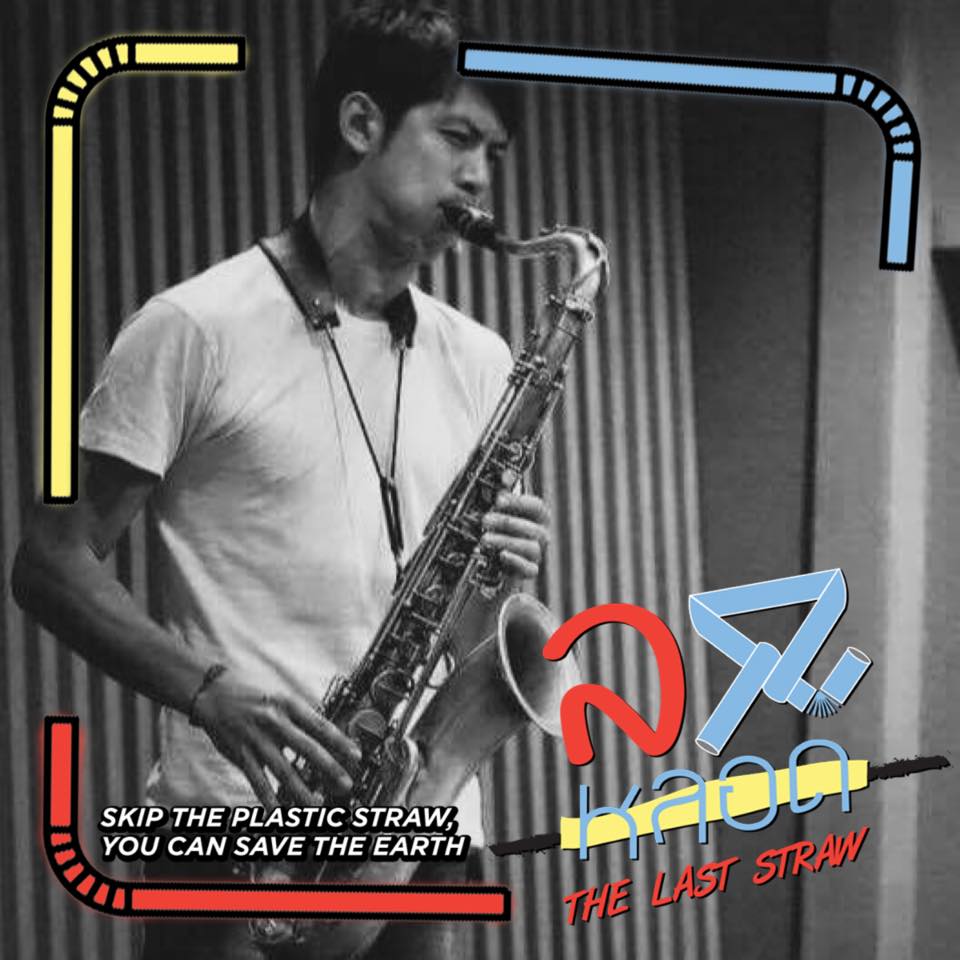 So how does life at Northgate relate to Israel (or even Europe and the USA)?  After all, musicians are struggling everywhere in the world. In only a few countries (such as Holland) are musicians and artists paid a modest monthly stipend for creating (and for ostensibly contributing to their society’s well-being). In other countries, most musicians survive by day jobs, teaching or play uninspiring “gigs”.  It’s rare that musicians come together as a collective for the express purpose of keeping the music “alive”.

In United States there were experiments such as the Jazz Composers Guild, founded by musician/composer Bill Dixon in the mid 1960’s. Dixon’s dream was that musicians become responsible for their own musical lives, by producing regular concerts, publishing recordings, and writing in journals. For a while the experiment blossomed, but one ambitious step challenged its existence. Dixon proposed that musicians BOYCOTT all the famous jazz clubs. This step would put them in the “firing lines” of the New York City Mafia, who controlled a great majority of the clubs.  Even announcing this bold step was  revolutionary; as a consequence, musicians’ lives were threatened.  The experiment worked for a while, but unfortunately musicians started to drop out. Others never joined: John Coltrane’s famous words to Dixon: “Bill, sorry, I can’t.  I simply have my musicians and their families to support”. The closest the Jazz Composers Guild might have gotten to the Northgate’s spirit was in what Bill Dixon called “The October Revolution in Jazz”; it was held in a modest unknown club for low entry fees. To the organizer’s amazement, long lines of enthusiastic music aficionados gathered to get into the event on opening night. Dixon called it a “miracle.” There was a clear need to break through the monopoly and control of the New York clubs, but the challenge was daunting.  Unfortunately the concerts and the Guild finally folded, mostly by the intrinsic pressure (and threats) of what Dixon called “the powers that be”. There were death threats. The musicians became nervous. Some argued about just how far they could go. Worst of all, some musicians accepted work in clubs behind the back of their colleagues, hence breaking the Guild’s agreement and mutual trust.

So with decades of creative musicians still struggling to survive, the Northgate in Chiang Mai, Thailand, remains a model that is still very much “alive”. When I look at the current musical scene in Israel, especially  among”the younger generation”, I am saddened and sometimes angry. Rather than settling for poorly paid “gigs” in small venues (playing a wedding pays twenty times as much!), Israeli creative musicians could learn a lot from Northgate’s example. Rather than begging for a club to give them a Sunday or Monday night (the least busy of weekly show “slots”), musicians would do better by combining energies toward a collective and independent initiatives. Opor and friends at the Northgate.

There is much to learn from the Northgate project. Every year I hope and pray that the club stays open.  One never knows, especially in times of quirky local governments. But for now, this “dream” is flourishing.  If you are ever Chiang Mai, or anywhere in “the land of smiles”, certainly visit the Northgate.  You won’t regret it!

Click link to listen: CM Quartet, composed by S. Horenstein during an extended visit to Chiang Mai, featuring Opor (Pharadon Phonamnuai) and yours truly on tenor saxophones, with players from the Northgate  (drums/bass).  (ASCAP/ACUM all rights reserved) 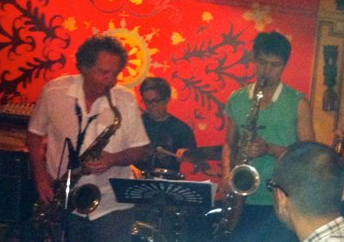 At the Northgate.
About the Author
Stephen Horenstein is a composer, researcher and educator. His repertoire of musical works has been performed and recorded worldwide. He has been a recipient of the Israel Prime Minister's Prize for Composers and the National Endowment of the Arts (USA). His teaching has included Bennington College, Brandeis University, Tel Aviv University, Jerusalem Academy of Music and Dance; residencies at Stanford University, York University, California Institute of the Arts, and others. He is Founder and Director of the Jerusalem Institute of Contemporary Music, established in 1988 to bring the music of our time to a wider audience.
Related Topics
Related Posts
Comments