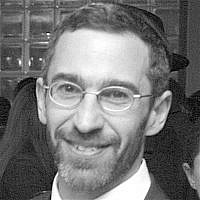 The Blogs
Ephraim Shore
Rabbi, mountain biker and tour guide hopeful.
Apply for a Blog
Please note that the posts on The Blogs are contributed by third parties. The opinions, facts and any media content in them are presented solely by the authors, and neither The Times of Israel nor its partners assume any responsibility for them. Please contact us in case of abuse. In case of abuse,
Report this post. 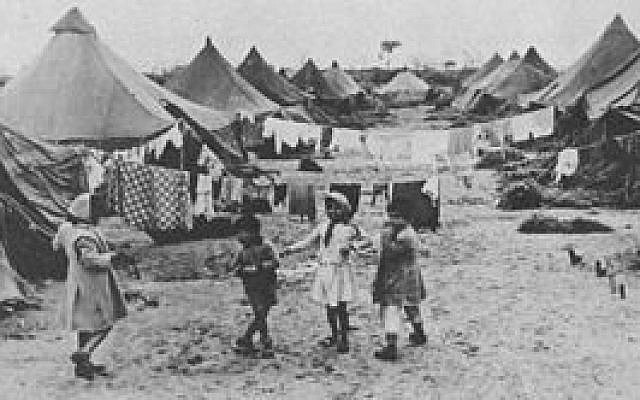 “In Israel, in order to be a realist you must believe in miracles,” quipped David Ben Gurion, Israel’s first Prime Minister.

Israel’s return to its homeland after 2,000 years of exile – an event completely unique in the annals of history – is miraculous.  A deeper dive into some of the details of what happened in 1948  reveals just how true that is.

Let’s start with the military improbability. On May 14, 1948, Israel declared independence. On Israel’s first day of existence, its first task was to create an army – and fast.  Until then, the Jewish community had only a sundry group of decentralized, underground fighting units. On the day of its birth, it was attacked by the armies of five countries, on every border, determined to wipe it off the map.

The Jewish community was already reeling from six months of a brutal civil war launched by the local Arab population that outnumbered it by 2 to 1 — and far out-armed it.  The day after the declaration of independence, this local war was joined by the standing armies of five huge Arab nations: “This will be a war of extermination and a momentous massacre,” declared Azzam Pasha, Secretary General of the Arab League, speaking on Cairo radio.

In less than two weeks the government created the Israel Defense Forces, merging the Haganah (the main Jewish military organization since 1920), Irgun, and Lehi. Israel had 32,000 soldiers but only one third of them had light arms, and no heavy weapons existed.  Half had zero military training.  Invading Arab armies boasted 270 tanks, 150 field guns and 300 aircraft (A.J. Barker, The Arab Israeli Wars, Hippocrene Books, 1981, Efraim Karsh, The Arab-Israeli Conflict: The Palestine War 1948, Osprey Publishing, 2002, p. 25). Initially, the Jewish forces had no heavy machine guns, artillery, armored vehicles, anti-tank or anti-aircraft weapons, nor military aircraft or tanks. Four small planes comprised their “Air Force”, one of which was downed in its first operation. It was a war on every front and in every city.

To make matters worse, an international arms embargo was declared on the Jewish state, and almost every key strategic position was passed from the exiting British forces to Arab forces.

But that’s just the start of the story.

To put that in perspective, the world’s richest, most immigrant-friendly countries absorb a fraction of that:  UK 13% per year, Germany 12.5%, the US 15%.  Israel had a tiny economy and was stretched to its limits before it began; less than 100 years ago there were only 26,000 Jews in the country, now there were 630,000.  The population had already exploded by 50 times before this tripling.

Fledging Israel had a huge challenge.  It simply did not have the food to feed this massive influx of people, nor the housing for them to live.  Lacking any natural resources (half of Israel’s tiny size is desert) and almost no large industry to provide employment,  it also lacked the health care system or infrastructure to absorb such a tsunami of immigrants.

But that didn’t stop them from doing it.

And consider the immigrants:  of the 1.2 million arrivals, a third were penniless, broken Holocaust survivors whose entire families had just been murdered.  Facing yet another existential threat, 23,000 of them were conscripted into Israel’s new army as they landed and given two weeks of military training.  The other two thirds who came a year later were refugees fleeing Muslim countries where they had lived for centuries, also arriving destitute and devastated. Israel airlifted in 50,000 Jews from Yemen and 120,000 from Iraq. Israel has absorbed more immigrants per capita than any other country in history.

Of the new émigrés, none could speak the local language, Hebrew. After all, Israel had just accomplished another unique event in world history, reviving an unspoken language after 2,000 years, bringing spoken Hebrew back to life just decades before the state’s founding (while many could read the ancient script of the Bible, communicating in Hebrew was a different story entirely!).   With no common language and hailing from dozens of wildly disparate cultures, 1.2 million people had to be absorbed by 600,000: housed in homes that did not exist, fed, taught a new language, educated, and employed.

While fighting an impossible war for its survival with its hands tied behind its back, Israel proceeded to found 28 new agricultural communities in a couple years (400 in its first decade) and another 25 brand new towns where previously there had been no electricity, water or roads.

Israel’s Founding Fathers handled every mind-boggling challenge. They had to invent a country from scratch.  Within months they created a justice system: police force, courts, and laws, and an entire government. They quickly proceeded to run the first democratic elections in the Middle East – which is still the Middle East’s only real democracy.

The birth of the new Jewish State under these insane circumstances was not only a divine miracle but also a miracle of the human spirit.  The superhuman levels of creativity, stamina, bravery and strength that were required of the Jewish leadership is beyond imagination.  But the leaders alone could not have won the race. The entire nation demonstrated a determination, at any personal cost, to accomplish an impossible dream.  It was a demonstration of the human spirit at its best and rarest.  We owe them our deepest appreciation.

Ben Gurion captured the source of their spirit in a 1936 speech he gave to the Peel Commission:

“300 years ago, there came to the New World a boat, and its name was the Mayflower. The Mayflower’s landing on Plymouth Rock was one of the great historical events in the history of England and in the history of America. But I would like to ask any Englishman sitting here on the commission, what day did the Mayflower leave port? What date was it? I’d like to ask the Americans: do they know what date the Mayflower left port in England? How many people were on the boat? Who were their leaders? What kind of food did they eat on the boat?

“More than 3300 years ago, long before the Mayflower, our people left Egypt, and every Jew in the world, wherever he is, knows what day they left. And he knows what food they ate. And we still eat that food every anniversary. And we know who our leader was. And we sit down and tell the story to our children and grandchildren in order to guarantee that it will never be forgotten. And we say our two slogans: ‘Now we may be enslaved, but next year, we’ll be a free people.’

“…Now we are behind the Soviet Union and their prison. Now, we’re in Germany where Hitler is destroying us. Now we’re scattered throughout the world, but next year, we’ll be in Jerusalem. There’ll come a day that we’ll come home to Zion, to the Land of Israel. That is the nature of the Jewish people.”

This Yom HaAtzmaut let’s all pause to appreciate the miracle of Israel.

About the Author
Rabbi Ephraim Shore worked with Aish HaTorah in Jerusalem, Miami, Toronto, and New York. He helped to found and run Hasbara Fellowships and HonestReporting. He lives with his family in Jerusalem where he is studying to be a Licensed Tour Guide while enjoying his grandchildren, mountain biking and yoga.
Related Topics
Related Posts
Comments