I have just come down literally but not metaphorically from climbing Africa’s highest peak, Mt. Kilimanjaro (19341ft/5895m) in Tanzania and, together with eighteen climbers from Israel’s “Save a Child’s Heart”(SACH) young leadership team, helped raise awareness and over $60,000 to save the lives of children in developing countries by bringing them to Israel, at no cost to the families, for life saving heart surgery.  We pushed our collective physical and mental boundaries in order to be part of the effort to raise cognisance and appreciation outside Israel for all the good that Israel does for the world.

SACH, based in the Wolfson Medical Centre in Holon, believes in saving the world, one heart at a time, by offering free paediatric medical care to children from developing countries. According to the mission statement on its website (www.saveachildsheart.org) SACH is,

An Israeli-based international humanitarian project, whose mission is to improve the quality of paediatric cardiac care for children from developing countries who suffer from heart disease and to create centres of competence in these countries. SACH is totally dedicated to the idea that every child deserves the best medical treatment available, regardless of the child’s nationality, religion, colour, gender or financial situation.” 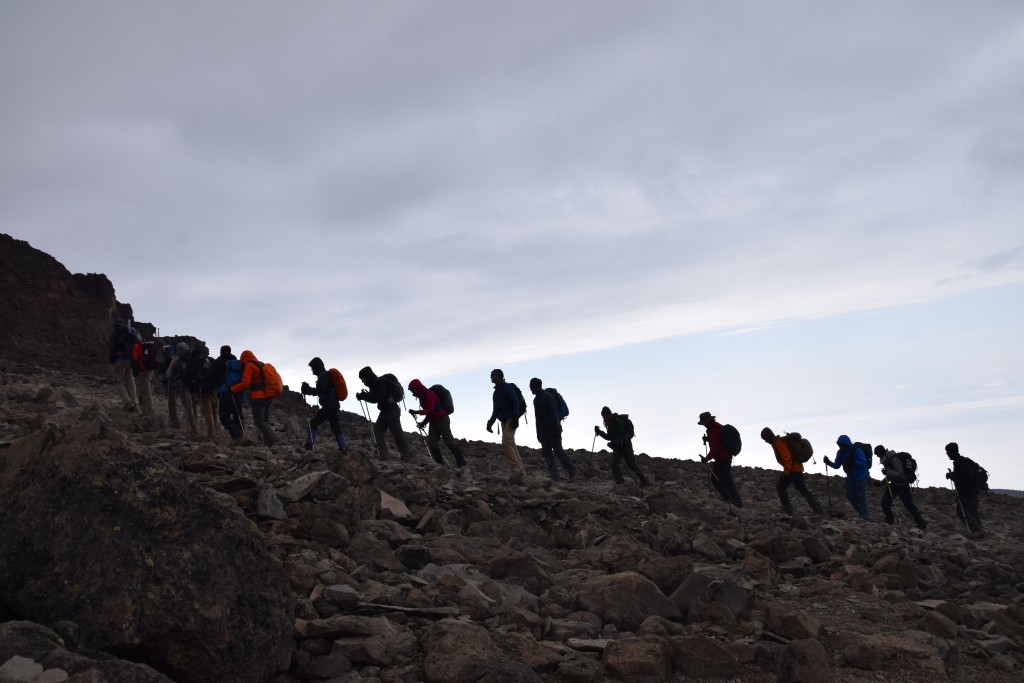 Being Shabbat observant has its rewards and challenges. However, being Shabbat observant last week in Tanzania helped to save the life of a child. It all came about in the most unusual of circumstances. I travelled to the foot of Mt. Kilimanjaro before Shabbat with one of our groups’ guides, Moses, in order to avoid travelling on Shabbat. That Friday night, after my lone Kabalat Shabbat service, Moses and I started talking. He is an observant Christian from the Massai Tribe. He told me that both of his parents have been on a pilgrimage to Israel and were deeply moved. He asked about the organisation we were climbing for.

After I explained to him the mission of SACH he told me that his niece, Queen, eighteen months old, was born with a congenital heart problem and was on daily medication and had a low life expectancy. He informed me that he understood that his brother and sister-in-law had had her examined by a visiting group of physicians from India and that her condition was operable but the treatment was prohibitively expensive. I mentioned this to one of our SACH team Dr Sagi Assa, one of the physicians at SACH in Holon. We invited Moses to come with his sister-in-law, Grace, and Queen after our climb where Dr Assa said he wanted to see the echo and medical charts and examine Queen to see if SACH could be of assistance.

Following the successful conclusion of our Kilimanjaro expedition Moses came to our lodge with his family. You can imagine the surprise when Dr Assa opened the envelope of medical documents and saw that the “Indian” doctors were actually from Israel and, were his colleagues at SACH! It transpired that Queen had already been checked and deemed a viable candidate for surgery in Israel. Her family were unaware of the fact that all they needed was to procure a passport. Dr Assa spoke to the SACH contacts in Israel to ensure that Grace and Queen would be among the next group from Tanzania to travel to Israel, all expenses paid, for life saving heart surgery using some of the funds raised by our climb. A chance meeting led to another child being granted the gift of a full life thanks to the wonderful organisation of SACH.

Israel strives to be a “light unto the nations.”  Daniel Gordis succinctly summed it up when he stated that, in addition to striving for the benefit our own citizens,

This country has become a country, with all of its imperfections, that sees as part of its purpose as looking out for other people”

In addition to raising funds and galvanising worldwide awareness of the “Save a Child’s Heart” project, our epic accent also reminded us that when we open our hearts to the world and give of ourselves to others we become part of a long tradition of charity and righteousness and leading by personal example part of the Jewish culture of Tikkun Olam.