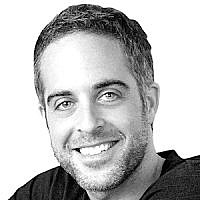 The Blogs
Yonatan Levy
Apply for a Blog
Please note that the posts on The Blogs are contributed by third parties. The opinions, facts and any media content in them are presented solely by the authors, and neither The Times of Israel nor its partners assume any responsibility for them. Please contact us in case of abuse. In case of abuse,
Report this post. 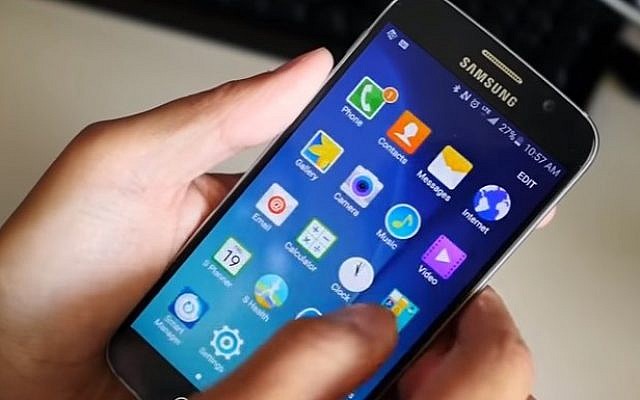 There are two phases to our lives – before smartphone and after smartphone. The smartphone is a 1,000-in-one tool that covers so many aspects of our lives – phone, camera, mirror, calculator, clock, alarm, music and video player, news, reminders, notes and so much more. The last time I left my home without my smartphone, I took a roundtrip taxi ride home to get it. I couldn’t imagine going an entire workday without it.

In the developing world and even throughout Europe and the US, the smartphone is the “first essential device”. On a tight budget, a teenager or 20-something will purchase a smartphone before a laptop. When I traveled in South America, I saw young people playing video games at internet cafes. They didn’t own laptops or gaming consoles at home, but all had smartphones.

If you go to a lot of business meetings, you need an updated phone. Just imagine walking into a job interview or a sales meeting with a flip phone. It makes sense that in certain situations – business or technology professionals, for example – are constantly upgrading to new phones every year or two. But that is absurd for the rest of us.

Worst of all, the smartphone manufacturers have “weened” us onto insanely short smartphone lifecycles. Most smartphones have an “service lifecycle” of 24-36 months. Once you reach the end of service, your smartphone won’t be upgraded to the latest version of Android or iOS.

If you are going to keep your iPhone for 5 years or more, it is a terrific investment.

My Nexus 5 was released on October 13, 2013. I bought mine in August 2014. I still love it – “pure vanilla Android”, the first to get updates, a less-than-stellar camera but a powerful device. How long did Google support the Nexus 5, the (then) Android flagship phone? Until October 2015. If you bought a Nexus 5 immediately, you “earned” two years of Android updates. Those of us who waited a year ended up with a year and a bit of “fast Android upgrades”. The Nexus 6 experienced a similar fate – November 2014 to October 2016. Awful, Google.

Samsung, LG and the rest of the Android manufacturers aren’t far behind. The Samsung Galaxy 6 was released in April 2015 and American and European carriers are already starting to announce end of support.

Let’s compare the Nexus 5 (2013) with the Google Pixel (2016). Both are Google flagship phones – the Pixel is the successor to the Nexus. Below are the key features that smartphone buyers should look at:

Before I delve into details, keep in mind that you can make the same comparison between any smartphone series with a 3 year gap and see the same rough differences. All 2013 smartphones are roughly using the same technologies and 3 years later, they upgrade at a similar rate. You can make the case that Apple, LG or Samsung improve at a faster rate, but even an improved upgrade rate over years is measured in small percentages. No major smartphone has a processor that is 100x better than a competitor.

Both the Nexus 5 and Pixel have a similar size and weight. Same resolution, with a better screen display technology on the Pixel. The camera is where the Google Pixel really shines. But here it was catching up to the market. The Nexus 5 had an average camera in 2013, and more so as time passed. The processor and graphics processor are a bit better on the Pixel. Likewise, RAM is increased and so is built-in storage and battery capacity.

What you see on this table is a nice upgrade if you need a better camera, and a very gradual increase in computing power.

I believe that most consumers could wait another 2 years, and keep their smartphone – Nexus/Pixel, Samsung Galaxy, LG, iPhone – for 5-6 years. Every 5 years, you will be in for a big surprise on your new smartphone. Every 3 years? Not exactly a revolution if you have other priorities on your personal budget.

I learned my lesson –- I’ll buy my next smartphone as soon as it is released and at least benefit from the entire too-short Android upgrades!

Yonatan Levy is a product leader and the author of The Other Ideas: Art, Digital Products and the Creative Brain. He writes about the intersection of product management, creativity and problem solving at YonatanLevy.co.

About the Author
Yonatan Levy is a product leader, user-experience expert, and entrepreneur who has been developing successful digital products for more than a decade. He’s an experimenter and a problem-solver by heart and soul; he is also an artist, his works are exhibited worldwide.
Related Topics
Related Posts
Comments