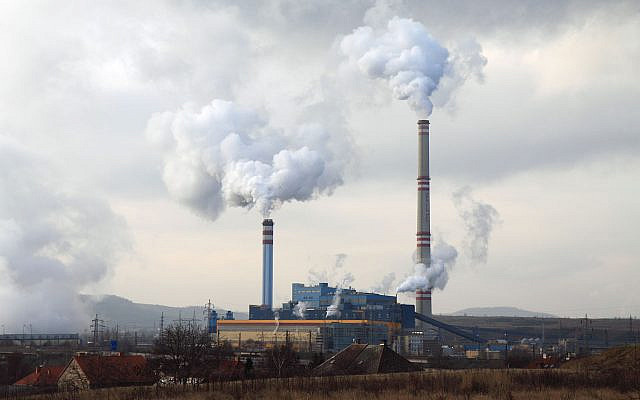 In honor of Earth Day, Thursday, President Biden convened a two-day climate summit for nations to pledge reductions in greenhouse gas emissions. The US announced a target for a 50% reduction in 2005 emissions by 2030. The plan remained vague on the details, especially on the legal and regulatory mechanisms for implementation. At a White House news conference, Special Presidential Envoy for Climate John Kerry maintained that the market has already begun moving in the right direction and will inexorably bring about success.  Logic and experience have proven that approach unrealistic.

Combating climate change requires government action. As a matter of economics, we cannot overcome climate change by leaving it all to the market.  Companies set prices according to immediate and tangible costs they incur now, not future costs of their products to society.  The vast majority of consumers base their purchases on their out-of-pocket cost for the item, not on future indirect costs.  If that were not the case, tobacco companies would have gone out of business 60 years ago, at the latest.

The data prove it.

Though Envoy Kerry lauded the decision by auto manufacturers to rely exclusively on electric vehicles by 2035, the switch to clean cars has a long way to go. According to Automotive News, automakers in 2020 sold 252, 000 electric vehicles out of  3.4 million car sales overall — less than 7.5%.  In the 1990s, car makers produced small fuel-efficient models which would have benefited society (reducing pollution and dependence on Arab oil). Because of cheap gasoline in the US, consumers bought large SUVs instead.

Eventually, as part of the auto industry rescue, President Obama induced manufacturers to agree to strict fuel efficiency standards. Instructively, many of these same companies sought to renege when the next administration sued to weaken those standards.  The history shows the fragility of relying on executive action. What a President Biden institutes a successor can undo.

Perhaps in the case of the auto companies, their worldwide sales, as well as EU and other international regulation of climate change will drive them to do the right thing in the US.  However, even here, given the  useful life of cars, reductions in greenhouse gasses will have to include other sectors.

The market alone will not suffice to improve the electric industry’s emissions.  At Thursday’s news conference Mr. Kerry stated correctly that electric utilities have shut old coal plants and stopped building new ones.  He did not mention that utilities replace these plants with natural gas-fired units.  According to the EPA, natural gas and coal fueled 62% of US electricity in 2019.  Natural gas hardly qualifies as clean.  The fuel emits about half as much carbon dioxide as coal (still a substantial amount) but significant amounts of methane (a major source of greenhouse gasses) during extraction. https://www.ucsusa.org/resources/environmental-impacts-natural-gas  The power sector has a long way to go in tackling climate change.

Three realistic possibilities exist to fight climate change.  — one under existing law and two which require legislation.  Under the Clean Air Act of 1970, the EPA must regulate greenhouse gas emissions.  The agency can set goals for each plant in America, but that approach proved unworkable in dealing with other types of pollution.  The Obama Administration tried the Clean Power Plan.  EPA would provide overall goals and leave it to states to fill in the details.  The US Supreme Court blocked the rule even before it could go into effect. The Republican EPA eventually repealed the plan.  With a more conservative Court, a similar rule would less likely pass review.

That leaves economic incentives, either a carbon tax or trading of permits.  A carbon tax, the more direct way of including the costs of greenhouse gas emissions in products, requires a change in the tax laws from Congress.  Permit trading involves granting companies a permit for each ton of emissions.  Trading allows companies which pollute less than their permits allow to sell them to entities which pollute more than their existing permits allow, Companies would make money by reducing their greenhouse gas emissions. The US enacted such a law in 1990 to combat sulfur dioxide pollution, or acid rain.

The US House passed such a plan for greenhouse gasses in 2010, only to have it die in the Senate, which in practice requires 60 votes out of 100 to pass laws.  In 2010, the Democrats controlled outright.  In today’s more partisan and equally split Senate, prospects look dim.The country never even tried a carbon tax. Today’s politics makes that path even more elusive.

Achieving the 50% reduction will require a Herculean effort, if feasible at all.  The US should not dismiss the difficulty with glib talk.