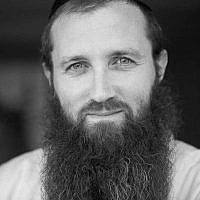 The Blogs
Eli Deutsch
Apply for a Blog
Please note that the posts on The Blogs are contributed by third parties. The opinions, facts and any media content in them are presented solely by the authors, and neither The Times of Israel nor its partners assume any responsibility for them. Please contact us in case of abuse. In case of abuse,
Report this post. 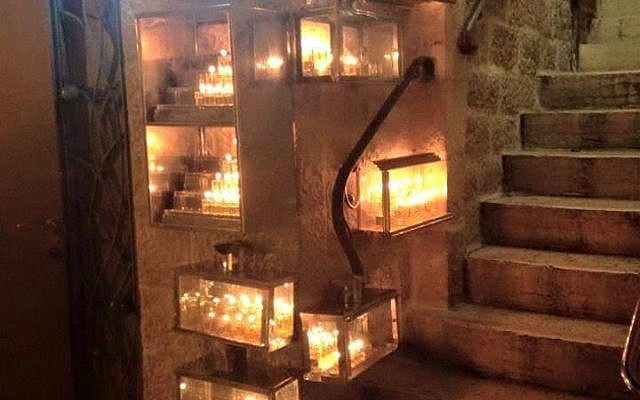 Chanuka lights in the Old City of Jerusalem. (Courtesy)

Chanuka is all about chinuch – education.

Jewish education isn’t merely a checklist of Do’s and Dont’s. Our education is about clarifying our values and outlook. This is what the Maccabees were fighting for.

People tend to think the Maccabees won the war against the Greeks and their culture, but I’m not so sure.
Today, anything with the name “Maccabee” on it has more to do with Greekism than Judaism – the Maccabee Games are the Jewish Olympics, Maccabee Tel Aviv is a sports team, and Maccabee beer certainly doesn’t connote an emphasis on the spiritual over the physical.
Rabbi Tzvi Elimelech of Dinov, the chassidic master known for his book “Bnei Yissochar”, explains that this is why there is no special scroll read on the holiday of Chanuka. On Purim we gather in the synagogue to read about the Purim story, but on Chanuka there is no such gathering or reading.
This is because you only write a book once the story has been completed. The book on Chanuka hasn’t been written yet because the story continues.
The war against the Greeks wasn’t really a war. It was a battle in the ongoing war of ideals between Judaism and Greekism/Romanism/Westernism.
The Chanuka holiday is supposed to be a chinuch for us – to educate and prepare us to focus in and recommit to Jewish ideals and spirituality in a world that emphasizes an evolutionized form of Hellenism and physicality.
For this reason, the numerical value of the name Mattisyahu (who initiated the Jewish revolution against Greek oppression in the Chanuka story) and the Hebrew words for the Temple, Beit Hamikdash are the same —  because we are to learn from the commitment and self-sacrifice of Mattisyahu for Jewish ideals in order to ultimately arrive at Messianic times and the rebuilding of the Beit Hamikdash.
May we be blessed to internalize and live this message.
Happy Chanuka!
About the Author
Rabbi Eli Deutsch is a speaker and author who inspires people of all backgrounds to take a fresh look at their lives by presenting thought-provoking ideas through the lens of Chassidus and Kabbalah. By masterfully articulating abstract concepts into practical transformative teachings, Rabbi Eli communicates the deeper side of Judaism in an impactful way that resonates with the well-read student as well as the newcomer. Rabbi Eli currently lives in the Old City of Jerusalem and spends most of his time lecturing, writing, counseling, learning, hosting, and with his family. His classic bestsellers, "Jewish By Choice" and "The Case for Judaism", have won wide acclaim as the clearest, most comprehensive, easily accessible, and practical depiction of Kabbalah and the "whys" of Judaism available in the English language today.
Related Topics
Related Posts
Comments