According to Rashi, to the extent that the Egyptians set their hearts to oppress B’nai Yisrael, God set His heart to increase and strengthen them.

We see this concept today in Israel as well, during this period of violence. Those who wish to destroy the Jewish people are not succeeding. The more they try to attack us, the more we become stronger.

On Monday, while driving with my family, my son, Dov noticed Sarah Techiya Litman with her husband Ariel Beigel and her brother walking down the street, a block away from our home in Jerusalem.

The entire population of Israel knows the Litman family as Sara Techiya’s father and brother were brutally murdered a few days before her wedding. Instead of cancelling the wedding, they postponed it until right after the shiva. The family then invited the entire Jewish nation to attend the wedding to show that Israel will only become stronger. The wedding was attended by thousands of Israelis who never heard of the couple before the incident took place including Sarah Netanyahu. A group from Canada even flew in to Israel in order to be at the wedding.

We went up to the couple and told them what an honor it was to meet them, a family who taught the world that Israel will remain strong no matter what our enemies try to do to us.

We must continue the legacy of the Litman family and show our enemies that they will not win.

Instead of staying at home, Israelis need to go out and show the world that they are not afraid.

Tourists need to continue to visit Israel. This is an important time for tour companies, schools and synagogues to arrange solidarity missions to Israel.

Those who are thinking about making aliya, need to come now as 30,000 Jews from around the world have done this year. It is interesting that the last time aliya was this high was in 2003, during the Second Intifada. 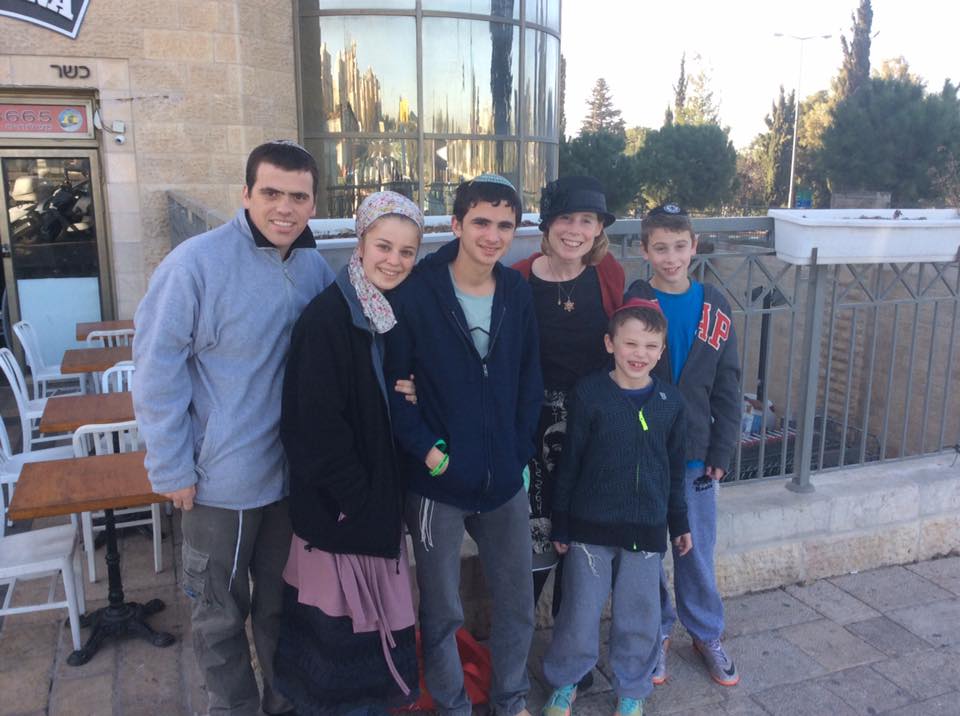 Photo of the Litman- Beigel family with my family. Courtesy of Dov Halickman Photography.

Israel needs to show the world that we are strong and that nothing can get in our way. The more that they try to attack us, the more we will become stronger and the more they will become weaker.