The Blogs
Ysoscher Katz
Apply for a Blog
Please note that the posts on The Blogs are contributed by third parties. The opinions, facts and any media content in them are presented solely by the authors, and neither The Times of Israel nor its partners assume any responsibility for them. Please contact us in case of abuse. In case of abuse,
Report this post. 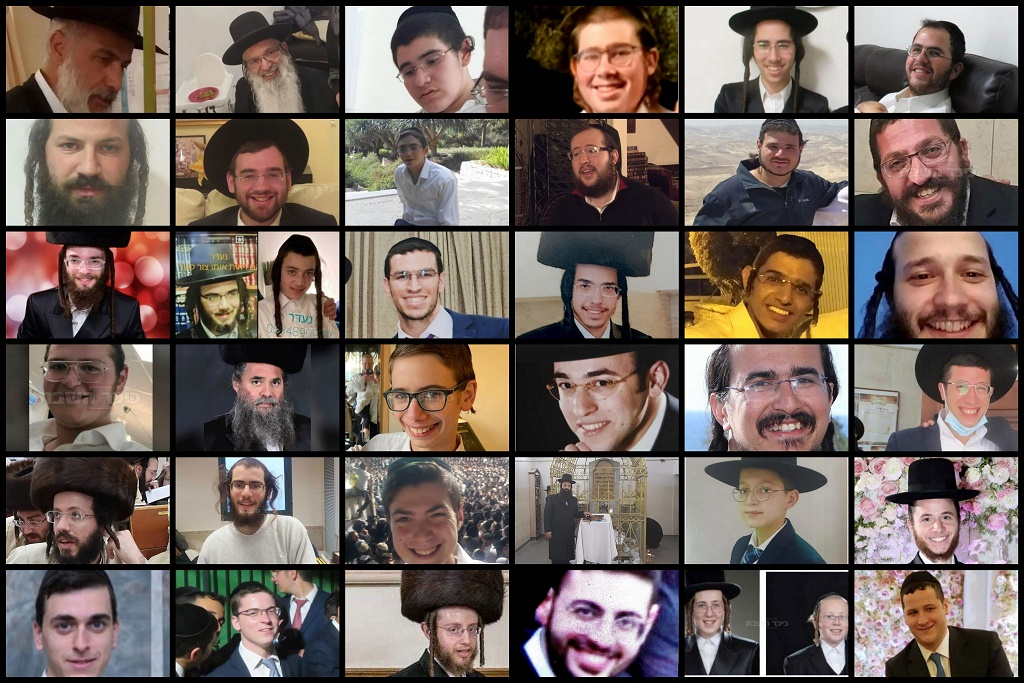 As we labor to make “sense” of the tragedy in Meron, I thought it would be helpful to share a relevant and fascinating quote from Chasam Sofer (1762-1839). It is interesting in its own right, but it will also help contextualize some of the troubling solutions that have been bandied about, especially those coming from the very community that suffered the most.

The “Tzfat earthquake,” which happened in the winter of 1837, wreaked havoc on the Galilean Jewish community. There was death, chaos, and destruction. Two thousand Tzfat and Galilean Jews perished.

As usual, the Jewish community wondered: How do we justify God’s decision to kill so many people? The aching “why” question. What has the community done to deserve this?

Chasam Sofer had an answer. For him, it made a lot of sense. He writes (Torat Moshe, Parshat Emor):

“… earthquakes occur because of the jealousy of Jerusalem. It appears to me that our God is just, and that the jealousy for Jerusalem did this. Because Jerusalem is the gate to heaven, the city that is whole: there is Mount Moriah; the Binding of Isaac [happened there]; there Jacob lay down and dreamt his dream; there is the mountain of the House of God, the hill toward which all face [during our prayers]; and the Shechina has not left the Western Wall.

“But now, for close to one hundred years, they have been looking toward Tzfat, because there the divine man Rabbi Shimon Bar Yochai is buried in Meron, and the Ar”i in Tzfat, and all of the pilgrims to the Land of Israel only went to Tzfat and to Teveria. Jerusalem was completely forgotten. But it is the city of the Name of God, and even today it is a commandment to go on pilgrimage to Jerusalem. But nobody cares to go on a pilgrimage [to Keysalmexcept to go to Tzfat for the celebration of Rabbi Shimon Bar Yochai…the newfangled notion of celebrating the anniversary of the death of a tzadik has no basis in our tradition.

In other words, Chasam Sofer subscribed to a quid pro quo theodicy. He believed that pain and suffering are always retributive, a punishment from God for individual or communal shortcomings. As such, when two thousand people are killed in an earthquake, there must be a reason. In this case, the two thousand people died because God was avenging the honor of Jerusalem. For him, this  sufficiently explained the tragedy. Theologically, it made perfect sense.

While this theology might be anathema to some (it certainly is to me), it has a strong basis in our tradition, going back to the Bible and the Talmud. It indeed is one of the options in our “tradition’s smorgasbord of theologies” (paraphrasing Rabbi David Hartman, z”l).

This is the origin of the attempt within the aggrieved community to find their own, contemporary “why.” Such a travesty, they believe, must have happened by divine design. It was God’s reaction to their own shortcomings.

Personally, I satiate my craving for theological coherence by subscribing to a different entrée in our theological buffet. Tractate Chagiga’s solution (4b) to the theodicy conundrum is the notion of celestial chaos, that sometimes the righteous die for no reason. Their death is simply the result of a celestial mix-up. Guilty parties were supposed to die, but because of some fluke, the righteous were killed instead. The world we live in is arbitrary and capricious.

Both approaches are legitimate, and both have their spiritual and emotional advantages and disadvantages. Recent attempts by Rabbi Dr. Natan Slifkin and others to suggest otherwise are misleading and incorrect. There is no “Correct” and “Incorrect” Jewish Theology. Instead, there is a spectrum, running the gamut from one which ascribes a hyper-active role to God in world  affairs, all the way to one which argues that God has forsaken the world completely, or, at a minimum, allows for occasional arbitrariness and caprice.

Individually and communally, people choose the approach that most resonates for them, recognizing that they would have to accentuate the advantages of their “solution” while negating the disadvantages. “They” do it, for sure–but … we do it too. The road to resolution requires all of us to negotiate our path in this intricate web competing web of values, theological assumptions and religious beliefs. There is no “perfect” solution to the devastating theodicy conundrum. Either you give it all up, chucking the faith-based response completely, or you hold on to it with all your might by fine-tuning your belief system so that it conforms with our modern sensibilities.