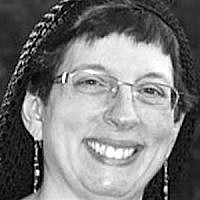 The Blogs
Jocelyn Polisar
Apply for a Blog
Advertisement
Please note that the posts on The Blogs are contributed by third parties. The opinions, facts and any media content in them are presented solely by the authors, and neither The Times of Israel nor its partners assume any responsibility for them. Please contact us in case of abuse. In case of abuse,
Report this post. 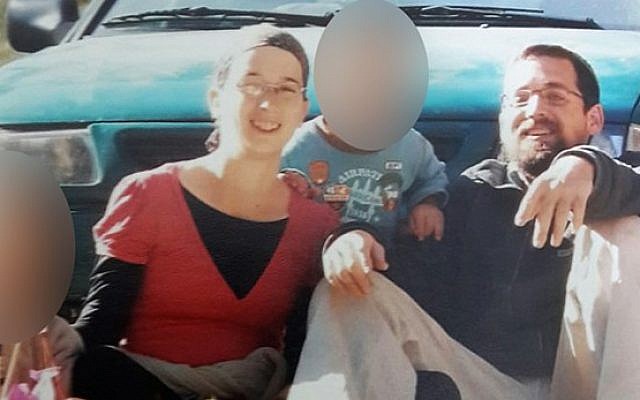 Naama and Eitam Henkin, who were killed in a terror attack on October 1, 2015. (Courtesy)

Twenty-seven years ago, I was among the handful of young women who asked Rabbanit Chana Henkin to give a weekly Bible class in a Jerusalem living room, and several months later urged her to establish a women’s Torah academy built on her creative, reverent approach to Jewish texts. When she agreed, my husband and I volunteered to pitch in by establishing its American “friends of” organization while in Boston for his graduate studies. Working from a home office that doubled as our baby son’s bedroom, we recruited students and helped raise the seed money that enabled the school, Nishmat, to open in the fall of 1990. We returned to Israel a year later and for two decades I raised six children and studied Torah largely on my own. When my youngest entered first grade, I enrolled in Nishmat and recently completed its demanding program to train Yoatzot Halacha — women who advise couples on Jewish family law and practice.

Two months ago, I was among the hundreds of Nishmat students and alumnae who joined thousands of mourners in accompanying the Henkins’ son Eitam and daughter-in-law Naama on their final earthly journey. They had been cut down by Hamas gunmen while driving home the previous evening and their four children, witnesses to the murder from the back seat, had instantly been transformed into orphans — a fate heartbreakingly dramatized when their nine-year-old said Kaddish for his parents at the funeral. Though Eitam had become an accomplished rabbinic authority, a promising academic historian, and a devoted husband and father during his three short decades of life, I still remembered him as “Eitami,” the rambunctious boy I first met at the Henkin home while working on the blueprints for Nishmat.

Nothing of Eitam and Naama’s background was known, of course, to the two Hamas terrorists who fired a stream of bullets at a young Jewish couple who happened to be in the wrong place at the wrong time. Though doubtless pleased to have felled two rising leaders of the Religious Zionist community, they could not have known that their attack would have the added effect of endangering the institution where Eitam taught, and which his mother had built and sustained for a quarter century through vision and sheer force of will. The new responsibilities thrust on Rabbanit Henkin as matriarch of a family struck by tragedy, coupled with the unimaginable emotional toll of the blow, meant that for the foreseeable future she would be unable to provide the leadership and energy that had enabled Nishmat to have an outsized impact on Israel and the Jewish world.

While the murderers did not know they were taking deadly aim at Nishmat, wreaking such havoc was exactly what they had in mind. The goal of terror is not only to instill fear at the prospect of more orphans and bereaved parents, but to strike at the heart of Israel’s vibrant civil society. And what could be a better target than an academy that promotes the antithesis of the Islamists’ worldview — by strengthening its students’ commitment to a Jewish nation whose right to exist Hamas denies and enabling religious women to attain leadership positions that contrast starkly with the traditional female roles to which Islamists cling?

How then should we answer their attack? Strategic thinkers have long understood that to deter terror, one must respond disproportionately. Countermeasures aimed only at matching the perpetrators’ force lead them to believe they are fighting a stronger foe to a standstill and will ultimately triumph because (as they see it) they are willing to pay a higher price in blood than the seemingly soft society they are facing — which, in the case of Israel, publicly and unashamedly mourns every one of its dead.

Based on this insight, Israel’s security forces acted decisively not only in arresting the cell members responsible for the murder, but in rounding up, interrogating, and jailing numerous Hamas figures responsible for incitement and for funding terror. But those of us not in uniform also have a task: to nurture and strengthen the living victims of the attack with a force and passion greater than that wielded by the men who struck them. While no one can give the Henkin orphans the gift they most want and need — to be held again, loved again, and raised again by their mother and father — the outpouring of love, concern, and material support from around the world is doing as much as can humanly be accomplished to set them on a course to lead lives worthy of their parents.

But since the terrorists also took aim at a pioneering home of Torah study, we must deny them the victory of seeing their efforts prove fatal. Doing so is the civilian equivalent of Iron Dome’s rendering a rocket from Gaza harmless by shooting it down in mid-air. Merely ensuring Nishmat’s survival, however, leaves the terrorists no further from their goal than they were before they struck. The real imperative is to respond disproportionately, investing the resources to ensure that the target of their attack thrives beyond what would otherwise have been the case and sending a message that their vile deeds will backfire by spurring us to greater heights.

The women learning at Nishmat must bring its beit midrash alive with the redoubled sound of joyous Torah study, with its singular power to transform the sadness born of tragedy. We graduates must commit to share what we have learned with ever-wider circles, thus honoring our teachers and acting as a living memorial to a couple whose light was extinguished far too early. Those who have the means to place this precious institution on an even sounder financial footing should step forward to perform this truly noble deed. And men and women previously unfamiliar with the school the terrorists sought to destroy should take the time to learn about Nishmat and determine how they can become a part of its future.

What I am proposing here applies not only to this case, but can serve as a model for how to respond, disproportionately, to the attacks being aimed at us daily in Israel and with growing frequency around the world. Each time a terrorist lands a deadly blow, anyone able to do so should seek not only to support the victims’ families, but also to identify the worthy institutions they cherished and the noble values they held dear and make them an even greater force for good. By doing so we will be acting in accordance with the Jewish tradition of responding to tragedy by embracing life, the Zionist spirit of building in response to adversity, and the modern imperative to uproot terrorism and to emerge from the struggle with it stronger than we were before.

About the Author
Jocelyn Polisar lives in Jerusalem and is the mother of six children. She is a graduate of Princeton University, where she studied linguistics, and recently graduated from the Yoatzot Halacha program at Nishmat.
Related Topics
Related Posts
Comments