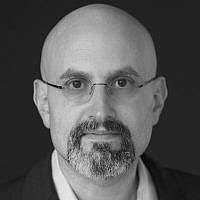 These absurd arguments would have trouble standing up to the reality of these justices’ jurisprudential track records, including, notably, the recent Dobbs case overturning the almost 50-year precedent of Roe v. Wade, thereby eliminating the constitutional right to abortion, in which Barrett joined the majority opinion and Thomas wrote a concurring opinion.

But imagine The Nation writing:

Reversing Roe v. Wade cannot possibly be biased against women, and Black women especially, because the decision to reverse Roe had the support of Justice Clarence Thomas, who is Black, and Justice Amy Coney Barrett, who is a woman.

In case The Nation is unaware, according to the Guttmacher Institute, “In the United States, the abortion rate for black women is almost five times that for white women.”

In other words, a Black justice and a female justice played critical roles in a decision that hurts Black women disproportionately.

Yet, while Black people face racism every day, The Nation chooses to make an issue of a privileged white guy of Jewish ancestry being turned down for a job at Harvard, apparently because of allegations of anti-Israel bias, and having to “settle” for a job at the University of Pennsylvania.

The white man of Jewish ancestry in question is Kenneth Roth, former director of Human Rights Watch, and the job in question is a fellowship at Harvard University.

By The Nation’s implied logic that a man of Jewish ancestry cannot possibly be biased against the State of Israel, it should be impossible that a Black justice and a woman justice would vote to hurt, profoundly and disproportionately, Black women in America.

The Nation quotes Roth as saying of a critic, Gerald Steinberg, of NGO Monitor, “that Steinberg was ‘particularly incensed that I dared to criticize Israel even though I am Jewish and was drawn to the human rights cause by my father’s experience living in Nazi Germany.'”

To be clear, Roth was not fired from or denied tenure at Harvard. He did not hold any employment at Harvard. Rather, he applied for a fellowship and was turned down.

People are turned down for new jobs all the time.

Maybe Roth is qualified for a fellowship at Harvard, and maybe he isn’t, but he certainly is not entitled to it simply because he is a white critic of Israel who is of Jewish ancestry.

The Nation goes on to point out that Roth’s “father escaped to New York in 1938 when he was 12, and Roth grew up hearing many ‘Hitler stories.'”

It as though The Nation has either never read, has forgotten, or has shredded Dr. Martin Luther King Jr.’s “I Have a Dream” speech, in which he implored:

“I have a dream that my four little children will one day live in a nation where they will not be judged by the color of their skin but by the content of their character.”

In that spirit, Roth should be judged by any prospective employer on the merits of his work and his fit for a given position, not on his Jewish ancestry as either an automatic asset or liability, or as “proof” of the legitimacy and fairness of Roth’s views on any issue, relating to Israel or not.

Whether Roth is antisemitic or unfairly biased against Israel is irrelevant to this issue of antisemitism in The Nation’s coverage of this non-offer of employment to a white, privileged man who immediately took up employment at the University of Pennsylvania after being turned down by Harvard.

The problem is that The Nation implies that because Roth is Jewish and his father escaped Nazi Germany, Roth could not possibly be antisemitic or biased against Israel.

Perhaps The Nation would be surprised to know that there were Jewish police in the Warsaw Ghetto and Jewish collaborators with concentration camp guards.

Perhaps The Nation has never heard of Vichy France, in which the French government collaborated with the German occupiers to oppress the French population.

It is either inexplicable, or perhaps, in fact, all too easy to explain, that when it comes to the Jewish state and its critics, The Nation is certain to “remind” readers that Kenneth Roth is of Jewish ancestry and therefore, apparently, an implication of anti-Israel bias must be prima facie absurd.

The Nation’s argument is as fair and reasonable as saying that because Roth was married to a non-Jewish woman in a church ceremony led by an Episcopal priest, and followed up by a “religious ceremony at St. George’s Anglican Church in Paris”, Roth must be a self-hating Jew, seeking to assimilate deeply, disown and hide his Jewish identity, and join the chorus of Israel-hatred and Jew-hatred in order to avoid the kind of persecution he learned about from his father.

Of course that argument is unfair, offensive and shameful, but so is implying that Roth could not possibly be biased against Israel because he is of Jewish heritage.

PEN America joined in the “progressive” criticism of the Kennedy School’s non-offer of employment to a privileged white man, writing, “There is no suggestion that Roth’s criticisms of Israel are in any way based on racial or religious animus.”

PEN America is simply wrong, because there is suggestion that Roth’s criticisms of Israel are biased.

Given that disclosure, it is all the more egregious that PEN America would say that there is “no suggestion that Roth’s criticisms of Israel are in any way based on racial or religious animus.”

Obviously the PEN America team would almost certainly be aware of the considerable allegations of Human Rights Watch’s bias against Israel.

Perhaps PEN America disagrees with NGO Monitor’s analysis or finds it unpersuasive, but to deny that there exists any suggestion that Roth’s criticism’s of Israel are biased is, at best, sloppy reporting, and, at worst, a terrible disservice to its readers and an intentionally misleading omission of well-known criticism of Roth’s work at Human Rights Watch.

In fact, The Nation article itself includes the following:

The charge that Human Rights Watch is hostile to Israel is hardly new. In 2009, Robert Bernstein, the former head of Random House, who founded HRW and served as its chair from 1978 to 1998, sharply criticized it in a Times opinion piece. HRW’s original mission, he wrote, was “to pry open closed societies, advocate basic freedoms and support dissenters,” but it had instead “been issuing reports on the Israeli-Arab conflict that are helping those who wish to turn Israel into a pariah state.” The Middle East “is populated by authoritarian regimes with appalling human rights records,” yet HRW “has written far more condemnations of Israel for violations of international law than of any other country in the region.”

PEN America, who claims, “We champion the freedom to write, recognizing the power of the word to transform the world,” should issue a correction, clarifying that PEN America is well aware of allegations of bias against Human Rights Watch, but disagrees (presumably) with those allegations.

PEN America could then substantiate its position by sourcing and publishing the email apparently written by Professor Kathryn Sikkink that supposedly rebuts allegations of Roth’s anti-Israel bias at Human Rights Watch, and comparing it to NGO Monitor’s analysis of Human Rights Watch. (The Nation writes that Sikkink prepared a “detailed email”  for the dean “seeking to rebut the charge of anti-Israel bias”, but The Nation has not published that email).

The Guardian plays right along with the “Jews cannot be biased against Israel” narrative, writing, “Other major universities have also snubbed critics of Israel including the board of the City University of New York, which blocked an award to the award-winning Jewish playwright Tony Kushner after he was accused of being anti-Israel.”

Again, maybe Kushner deserved the award and maybe he didn’t, but the fact that he is Jewish is irrelevant to the question of whether he is unfairly biased against Israel.

To perpetuate the notion that “Jews cannot be antisemitic or biased against Israel” is to treat all Jews as a homogenous group sharing identical views.

In other words, The Nation, PEN America, and The Guardian might seem to support the position that once you know someone is Jewish, you need not look to their statements, character, or actions to know their values or beliefs on any issue related to Jews, Judaism, antisemitism, or Israel.

Whether Kenneth Roth is biased against Israel is a matter of debate, but the answer, which would best be addressed in the context of the International Holocaust Remembrance Alliance’s (IHRA) definition of antiSemitism, should be neither assumed nor implied on the basis of Roth’s Jewish ancestry, and the ample criticism of Human Rights Watch should not be ignored.

The Nation, PEN America, and The Guardian should all acknowledge this and the corresponding profound flaws in their reporting on Kenneth Roth and the non-offer of a Kennedy School fellowship.