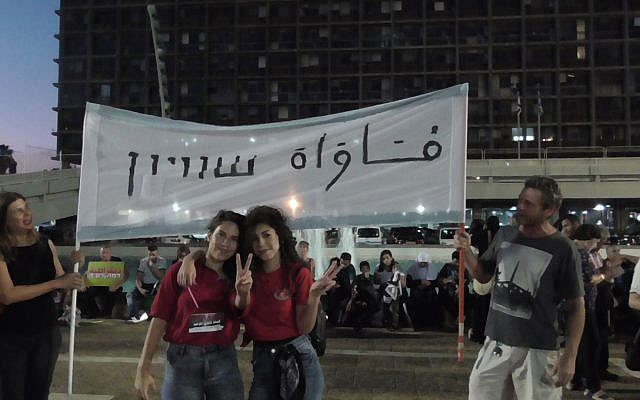 Israel’s legislators hide behind self-righteous statements and demand an immediate ban on waving the Palestinian flag, not to mention diminishing the importance of the Arabic language, while they, and proponents of the Nation-State law attempt to hide the flag of hypocrisy that they hold behind their backs.

The recent period is characterized by intense anger at the approval of the Nation-State law, especially among those belonging to the Palestinian nation or to another nation, but also among many people who see beyond the four walls of this law. The Nation-State law raises several issues that are at the heart of public controversy,
including questions concerning majority-minority relations, the future of the Israeli-occupied territories, and the status of the Arabic language in the State of Israel.

The Word ‘Equality’ Is Absent from the Law

If we seek to examine if the word ‘equality’ appears in the new Nation-State law, we need to go back in time and examine whether it appeared in the 1992 Basic Law that protects human dignity and liberty. It turns out that both then and today the word ‘equality’ is not mentioned. Unsurprisingly, the two laws enjoy another common denominator: both were enacted during a Likud-led government.

The Nation-State law does not carry a particularly dramatic message. It is intended to anchor in law Israel’s status as ‘the Nation-State of the Jewish people’, but in the process it crystallizes elements that are not essential to our national definition. What’s more, they are simply outrageous. In my opinion, there are enough elements that identify the State of Israel as the state of the Jewish people, and therefore there is no need to exacerbate the situation in all sorts of ways that make the country’s citizens feel like they are being relegated to second-class citizens. 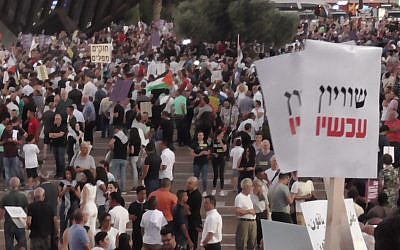 The cheer of Nation-State law supporters comes out against 20 percent of the country’s citizens who identify with the Palestinian people. They seek to erase bi-national affiliation and the phenomenon of raising the Palestinian flag, and they use this to justify the law. But all these self-righteous people forget that over two million citizens of the State of Israel, including leaders and Israeli public opinion leaders, have additional citizenship which bears a different flag. So, who is allowed to belong to another nation and who is not?

It is legitimate that Israeli Arabs want to preserve their Palestinian identity and also be citizens of Israel. Opposing this is an act of inequality bordering on racism. We are demanding that they give up their nationality and self-definition as Palestinian-Israelis. We forbid them to raise the Palestinian flag, while other Israeli citizens are permitted to maintain dual citizenship and dual national identity – Russian, American, German, and so forth.

Israel’s two million citizens with dual citizenship are allowed to carry out actions that directly attest to their belonging to another nation. For example, an Israeli-American citizen can vote in the US presidential elections at the embassy. Residents who immigrated from France still vote in the French presidential elections and proudly sing ‘Vive la France’. There are also many Israeli citizens who immigrated from Russia and left behind members of their family in what they still refer to as their homeland, because despite being Israeli citizens they are torn in their sense of belonging. Israel absorbs various Diaspora communities and cultures, and can absorb a number of flags in the town square.
The Nation-State law carries a tone of national arrogance, as well as signs of apartheid, because behind all the claims that justify it lies a simple statement—that in the State of Israel a citizen cannot identify with his national origin and can certainly not wave his flag.

This concept is not only dangerous, it is also inconsistent with the character of our state. After all, we are an immigrant country with more than 70 Diaspora communities from around the globe. Israeli democracy absorbs so many Diaspora communities and cultures and I believe it can absorb even more; why not let another 15 flags flutter in the town square?

Honestly think about it for a moment, if someone waved an American flag at a demonstration in the town square, would it bother anyone? Probably not. But when it comes to the Palestinian flag, that’s another story. We should be a proud democracy that allows the Palestinian flag to fly in Rabin Square. And incidentally, Yitzhak Rabin (of blessed memory), who strove for equality when he was prime minister, is not turning in his grave because of this demonstration.

Not Everything Needs Updating

If we do wish to pass a Basic Law—and I am not sure it’s necessary—then instead of the Nation-State law, a Basic Law based on the wording and spirit of the Declaration of Independence would be more fitting.

The Nation-State law differs from the essence of the Declaration of Independence and the intention of the leaders who led this country from the moment it was established. Its clauses indicate that non-Jewish citizens—and I emphasize the word citizens, with similar duties to those of the Jewish citizens of the state – feel that they have second-class status. Their feeling sufficiently justifies not adopting the Nation-State law.

This not only refers to the thousands of citizens whose military service has contributed to the State, but also to many people who for years have contributed to Israeli society and culture. They contribute to the fields of medicine, pharmacy, agriculture, and construction in Israel, and developing the country in other ways too, and therefore are entitled, for all intents and purposes, to be considered citizens of the State of Israel.

I support the idea of Tzipi Livni and the leadership of the Druze community to legislate the Declaration of Independence as the Nation-State law. The Declaration of Independence is our Magna Carta Libertatum, on the basis of which the State of Israel was founded and upon which the 70 years of our national existence are built. Since then, David Ben Gurion and the heads of state have declared that the ‘other’ citizens among us are equal citizens. And although they do not receive all the national rights that are bestowed upon members of the Jewish people, such as the Law of Return, they are nevertheless considered equal.

If we look reality in the eye, we see a disturbing duality. On the one hand, we do not allow Arab-Israeli residents to stop being the ‘other’, despite their being Israeli citizens, and on the other hand, we prevent them from defining themselves as Israeli-Palestinian citizens.