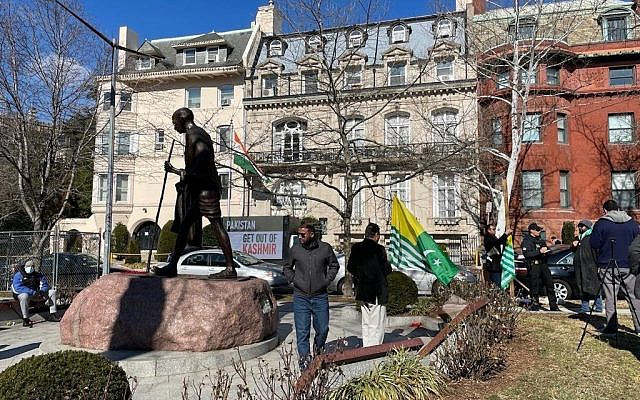 Amnesty International has now joined the ranks of the Muslim Brotherhood’s information and cyber warriors with its new report accusing Israel of apartheid. The community it has joined that of the Ikhwān al-Muslimīn is now a globalised cyber and information war machine with lobbyists, lawyers and NGO’s specially established, funded and operated by a Qatar-Turkey-Iran-Pakistan nexus which creates co-ordinated cyber-information operations on issues from Kashmir to Palestine, often engaging big name law firms, lobbyists and now NGO’s in the US and UK and involving celebrities who tweet and Instagram. The objective is to vilify democracies such as Israel and India and draw attention away from the real agenda of Islamic terror.

Apartheid, lit. “aparthood”, was a system of institutionalized racial segregation in South Africa. Apartheid was characterized by an authoritarian political culture based on baasskap (boss-hood or boss-ship), which ensured that South Africa was dominated politically, socially and economically by South Africa’s white minority population.

With Amnesty International easily throwing this word and the concept that Israel is an apartheid state, holding Israel uniquely responsible for the destiny of Palestinians worldwide, finally a whole jargon of words common today have become institutionalised. With this “report”, Amnesty International has finally entered a debate that has eroded any credibility it had, specially in defending those unjustly incarcerated by authoritarian regimes. By classifying all Israelis (Jews, Arabs, Druze, Christians et.all) as one race, Amnesty has done the impossible-its has united a diverse Israeli society in order to justify its claim which is ridiculous as well as funny.

Words cause immense harm, and as such words used against Israel, the Middle East’s only democracy, now have also entered the daily lingo of Islamic extremists. The Boycott, Disinvestment and Sanction (BDS) movement and several such attempts which aimed at pressuring Israel to contain its settlement programs, have actually created a monster that is now being used liberally by terrorists and their supporting states against democracies. You see the same words now being used by Pakistan against India, the Pakistani Prime Minister Imran Khan now calls Jammu and Kashmir as “Indian Illegally Occupied Jammu and Kashmir” much as Arab media likes to refer to Israel’s capital as “Occupied Jerusalem” or “Occupied Palestine”.

Without fact checking, these posts are reposted as they have excellent sound bites– “settler colonialism” is one such a word. In a country as small as Israel one wonders where would people go, if not in territory already present.

In a country which is free, democratic and large as India the population is free to move as they wish-freedom of movement is enshrined in the constitution. While certain segments in society, after 75 years of Indian independence, would like the Kashmiri Muslim demographic to the preserved by law (article 370), how can a democracy have one law for one state and freedom for the others-wouldn’t that be apartheid?

Most of these campaigns run from countries and territories which have very little to do with democracy. A lot of pro-Palestine, anti-Israel campaigns run from Turkey and Pakistan, both countries with serious problems of democracy, minority inclusion and freedom. When children of Palestinian diaspora, celebrities like the Hadid sisters, endorse such campaigns, not once anyone mentions that the last Palestinian elections were held 15 years ago.

While the online “jihad” movement is relentless, not once does it speak in favor of Muslims in Xinjiang or in Russia. For a group of activists keen on protecting Islam and speaking up against the persecution of Muslims, it seems that these movements are rather silent in chasing authoritarian rulers such as China or Russia.

Israel’s Arab Muslim population is estimated to be almost 2 million-around 20% of the national population. India has 200 million Muslims, over 15% of its population. Both are democracies, elected by the people. However countries such as Turkey and Pakistan believe that they have the higher moral ground. Qatar, an absolute monarchy, supports a lot of this activity with funding and PR expertise which that have in the form of Al Jazeera. Cyber activism has led to physical people’s tribunals, or which have covered Palestine.

The Muslim brotherhood has now created a cottage industry of online disinformation and information war. The use of similar words from Israel to India is a warning sign that political and cyber “unity” between extremists will eventually lead to coordinated violence. As ancient Indian scriptures say, violence is first conceived in thought, then translated to words before being expressed in action.