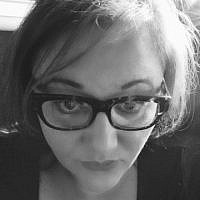 It’s over 60 years since the Second World War and the media are
no better today than they were then .

With only a radio to hand and intermittent print newspaper the Nazi regime managed to get their point of view over by using traitors of Britain.

People that were on the side of the enemy.
Those that supported Adolf Hitler and his wishes to wipe out the Jews and to take over Europe, that again in full force.

For my younger readers
Lord Haw-Haw was the nickname of several announcers on the English-language propaganda radio programme Germany Calling, broadcast by Nazi German radio to audiences in Great Britain on the medium wave station Reichssender Hamburg and by shortwave to the United States.

The programme started on 18 September 1939 and continued until 30 April 1945, when Hamburg was overrun by the British Army.
This nickname, Lord Haw-Haw, generally refers to William Joyce, who was German radio’s most prominent English-language speaker and to whom it gradually came to be exclusively applied.

However, it was also applied to other broadcasters, mostly in the early stages of the war. http:// 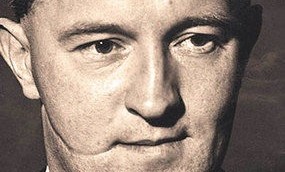 Well we have a William Joyce. And it’s seeping out from every orifice of the media and social media in support of the terrorists Hamas.

Everytime I hear a news bulletin on global radio news, or other media outlets it is always calling Hamas “militants”. Militants? There are designated terrorist organisation have broke numerous war crimes, and during this war.

The new “Lordhawhaw” of the media will be looked back on, as collaborators of terror and appeasers of terror.

Mass of a new Nazis how plain is that to understand.

Every single part of the media falsely reporting the severity of
Attacks on a civilian population in Israel will be accountable !

In years to come we will look back as we did hearing stories about the Second World War and note how there were people from the United Kingdom who were traitors. To set up demonstrations that Britain should not defend itself from Germany. When they aligned with the Nazis.
And today in 2014 we are seeing exactly the same.

My advice to any journalist or any news media who is reading this blog, is turn away from your bias and hatred of Israel, and report the truth.

We will remember your names and we will remember what you wrote, and we will use it to teach our children and grandchildren generations to come how their hatred for Israel and It’s people kept them appeasing terrorism.
#neverAgain

About the Author
Ambrosine spent 15 years in the UK media and music industry working with British pop acts such as Mel & Kim, covering International promotions. Spent the last ten years as a voice over. In 2013 Ambrosine set up Yad B'yad-UK to monitor and help people who have been victims of racial abuse and anti-Semitism through social media platforms.
Related Topics
Related Posts
Comments