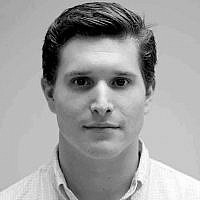 John Boehner’s surprise retirement announcement last week presents a dilemma for America’s political future and the soul of the Republican Party. But it also comes at a time of liminality — the state of being on a threshold, of no longer being this, but not yet being that — for America’s relationship with Israel. It is, of course, the early stages of an election season.

Boehner has always been a conservative, certainly, though he is also an old-fashioned politician — a dealmaker who rose at a time when deal-making became anathema to his right-wing base, when ‘compromise’ became a dirty word that, for much of his caucus, could no longer be associated with conservatism. With him now leaving a power vacuum in the House, there is a good deal of suspense over how his successor will operate, whether whoever occupies that role will be captive to ideology or committed to governance.

Boehner is the first speaker since Tip O’Neill, in 1986, to leave the job willingly. But his willingness to relinquish power is due largely to the pressure he faced from fellow Republicans holding him hostage to an impractical agenda. It’s not rare for a speaker to be driven from office — Newt Gingrich, Dennis Hastert — but it is rare that members of their own party are the ones to drive them out.

Republican infighting and the Tea Party chokehold have become, alas, a political reality. But the looming transfer of leadership, opens the opportunity to address another discomforting political reality of our time: The growing divide within the US-Israel alliance.

Just as problematic as the open contempt President Barack Obama and Prime Minister Benjamin Netanyahu have for each other is the way the Israel issue has become politicized on Capitol Hill, how Israel has become appropriated as a Republican cause.

Boehner guided the alliance to its nadir when he extended Netanyahu a backdoor invitation to address Congress in March, all for Bibi to lambaste the US-led negotiations with Iran and not so subtly promote his quest for political self-preservation back home. Boehner defended keeping the Obama administration in the dark over the speech, telling Fox News Sunday, “I frankly didn’t want them getting in the way and quashing what I thought was a real opportunity.”

The whole episode was not only inappropriate, a breach of diplomatic protocol; it was an enormous strategic error — pitting Israel into the fray of American political friction. Progressives have differences with Israel on its settlement policy and lack of current peace talks with the Palestinian leadership. But this speech was the tipping point of Israel’s deteriorating relations with Democratic legislators.

It also hurt Netanyahu’s efforts to thwart the Iran deal once its contours were agreed upon in July, as an official from AIPAC reportedly said. The partisan nature of the Iran debate had several implications, one being the promulgation of a false binary of politicians having to be either with the administration or with the Republicans and Israel (which then contributed to the Iranian regime being represented more as an Israeli adversary than a global threat).

We also saw, on the other side, people like Rep. Donna Edwards, who is running for the Democratic nomination to be the next senator in my home state of Maryland, who endorsed the deal the same day it was announced, committing to advance one of the most consequential international agreements in modern history without even having time to read it.

She then criticized her opponent, Rep. Chris Van Hollen, for “holding his finger to the air” and not backing the deal immediately. Beyond the absurdity of Edwards castigating a legislator for actually contemplating a difficult vote, the move suggested that she calculated a political dynamic that could play well in a Democratic primary in a liberal state.

Simultaneously, Boehner vowed, hours before the Obama administration began briefing Congress on classified details of the accord, that “Republicans” would “ do everything possible” to stop the agreement — further cementing the partisan chasm that would define the nature of the debate.

But now the deal is done and the partisan chasm remains. The aftermath of this showdown runs the real risk of worsening the fissure between Washington and Jerusalem by making Israel a wedge issue in the United States. Anyone who pays attention to American politics knows how easily the country can become polarized.

All signs thus far make it easy to predict the next speaker will have plenty of pro-Israel bona fides. But will that manifest in an approach that recognizes Israel’s utmost strategic interest in preserving (and in some cases now re-earning) bipartisan support? Will he or she have the restraint to resist exploiting opportunities for partisan gain that are not good for either country? Because when Boehner invited Netanyahu to address Congress, he gave him the gun to shoot himself in the foot.

Ultimately, Bibi is responsible for the partisan divide. And only an Israeli prime minister can really repair these relations, which would include making real strides on the Palestinian issue, with gestures of good will that reflect serious intentions.

There are certain conditions, however, that enabled the kind of self-destructive path that Bibi took with the United States. The conditions that encouraged his willingness to enrage, in the most dramatically ill-fated fashion, the leader of his country’s most important ally. It was the unprecedented polarization of Washington that fostered Netanyahu’s ability to break all the diplomatic rules.

Now we’re looking at a new speaker of the House. It will most likely be Kevin McCarthy. The only other member challenging him is Tea Party-backed Daniel Webster, who has nowhere near the institutional support needed. And it doesn’t hurt that McCarthy gave $1.2 million to other Republicans through his leadership PAC in the last election.

But it’s not a great sign when, after just a few days of being the presumptive successor, he tells Fox News that Republicans set up the Benghazi special committee to hurt Hillary Clinton’s poll numbers. He, of course, later backtracked on that one. As revelatory about those investigations his words may be, encouraging about the future of America’s democracy they are not.

With an election season upon us, which represents the cyclical need for change, there seems little reason for hope that American lawmakers will seize the opportunity to liberate themselves from dysfunction. If anything, there is reason to suspect that things will go from bad to worse.

The next speaker will most certainly profess maximum support of Israel. But the real support for Israel will require more than funding Iron Dome. It will require trying to repair a partisan divide that is damaging a relationship that is said to be “unbreakable and unshakable.”

About the Author
Eric Cortellessa is The Times of Israel's Washington correspondent, where he covers American politics and U.S. foreign policy in the Middle East. His writings have also appeared in The New Republic, The American Prospect, Newsweek, The Huffington Post and The Buffalo News.
Related Topics
Related Posts
Eric Cortellessa
Comments