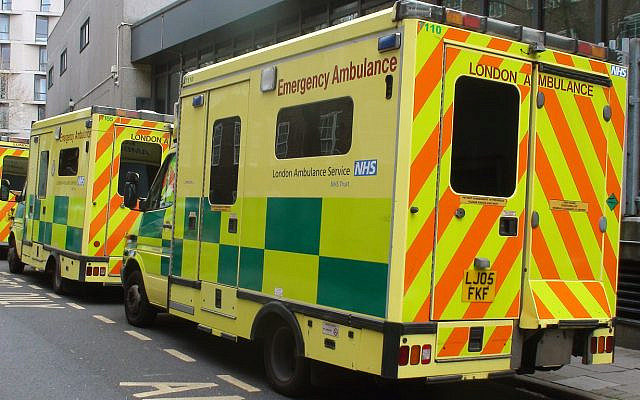 Because the ambulance didn’t believe his own diagnosis…..a tale of austerity and algorithm! 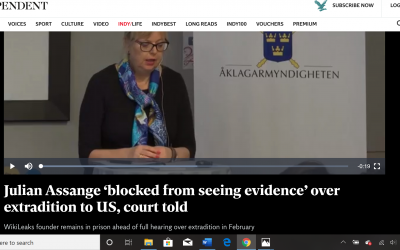 He sits down to read the paper before bed.

He’d done his husbandly duty, cleared dishes, put on a clotheswash. He does not want to disturb his sleeping wife. Just 10 minutes to settle himself then he’ll go up. Or so he thinks!

With rising alarm he notices he can read the word “Assange” but cannot even begin to  recognise, read, or understand the words “Julian”, “seeing” or “evidence”.

“Alexia!” he thinks.  The inability to recognise written language.

“I am having a stroke!” Him! A senior stroke physician!

He runs upstairs. Wife is dozing.

“I can’t read!” He shows her. Turns to the next page’s headline,

Then he realises he is not talking properly either. He can’t find some of his words.

“I need to get to  the HASU (Hyper-Acute Stroke Unit.)”

The nearest one is the one he works in. With difficulty he dials 999.

“Which service?” the Operator asks.

He cannot find the word ‘Ambulance.’

00.19:  He tells the young man who answers that he’s having a stroke, that he can’t read, and that he is a stroke physician. He has difficulty finding the exact words he wants, so uses others. Wife takes over. Tells him to sit. The young man asks several screening questions. No, his face isn’t lopsided, his arm or leg is not weak, his speech isn’t slurred!

The young man asks him to repeat a phrase. He does so. His wife restates that he is a stroke physician, she is a doctor too and can see he’s having a stroke!

The young man doesn’t think so!  The answers to his list of questions says not, he explains. He’ll get a clinician to ring back within 90 minutes.

Here the stroke physician loses it! Because 90 minutes is way too long!

In a stroke, a clot blocks the blood supply to part of the brain. He can actually visualise the area affected (left angular gyrus, he tells me later!) Patients need to go straight to a HASU and receive clot busting treatment to clear the blockage. The sooner, the better the recovery. ‘Time is brain.’ London has a wonderful system to get you to a HASU within half an hour.

In our profession, words are everything. What patients tell us! How we interact with our teams! I know this man well. We trained together. We now work together. We will soon retire together. He twitters. He writes. This is a potential disaster!

Speech is so central to being human that Onkelos, in the creation narrative (Bereshit 2.7), translates ‘man became a living soul’ as ‘man became a speaking soul.’

He tries to tell the young man on the phone what he does, that he has to get to HASU.

He is cross. Can’t find all his words. His wife pulls him away.

She explains it again. He had been a stroke consultant for 30 years, she was a consultant, they both think this is a stroke. Young man says he’ll get the clinician to ring back in 10 minutes.

They send the children up the road to get some Aspirin.

00.31: Getting a bit worse. ‘Clinician’ rings. Wife explains. He ‘gets’ it! ‘Ambulances stretched tonight, but within 40 minutes.’ Bloody austerity!

01.13: Arrive at Emergency Department. They are expected. Receptionist asks porter to take him round. Porter takes him by the hand. He follows like a child, touched by the kindness.

01.15: One of his own trainees examines him. His speech is improving. He can read posters on the wall. His speech is slow and hesitant, whereas its’ flow is usually, well……… Jewish!

A nurse he knows well puts a line in, takes his blood, attaches him to a monitor. Everything happens smoothly. He gets his brain scan. They warn him the injection will make him feel warm, like making pee-pee!

01.19: Middle daughter rings. Ambulance has just arrived, having been contacted 12 minutes previously, and told no need to hurry as “there is a doctor on the scene!”

01.50: The trainee talks to consultant on call. They all agree best to wait another half-hour to see if improvement continues. Treatment has side effects. Half an hour, later he realises he won’t need it.

He is taken up to the Unit. Everything is very quiet, smooth and efficient. Everyone is very kind and calm, but he can tell they are shocked. He sleeps fitfully, his wife in the bedside chair checking him every two hours for a recurrence. He is touched by the clerical and administrative staff popping in to see him in the morning. Must be because he makes sure they get their share of rogelach before everyone else every Friday morning!

It is then that, as new consultant for the day, I meet him, and hear the whole tale. We explore the reasons for this mini-stroke. There are loads!

He has a history of episodic fast irregular heartbeat. We both do! This can make blood clot in the heart and float off into the brain. He had such palpitations recently, after a Thursday wedding when he consumed one whisky, a bottle of red wine, followed by five coffees on Friday,  with an erev shabbat whisky and  glass of white. Too much coffee clearly!

AND three days previously in a very stressful general election, he had to desert his political home, voting against the incompetence, dogma and anti-Semitism of the far left.

AND there had been illness in the family!

AND he had been on Twitter all day, that boom-box where familiar foes shout at each other and you preach to the converted!

AND over the weekend he’d dealt with a difficult depressing HR issue. There is a reason why we call  HR the “Department of Human Remains!”

It had all been too much!.

It’s slightly uncomfortable treating a colleague. I agree the treatment plan with him and another senior doctor. His description of the clinical event, preceding circumstances, and problems accessing care were unusually detailed and bear some reflection as an exemplar of interacting pathological, personal and system factors. What does it tell us?

One Good — Our HASU is calm, kind and efficient.

One Bad — Austerity affects the rapid transport system we set up for the London stroke service. That is why, Boris, you mini-Trump, neither of us voted for you!

Two Bad — Algorithms are no substitute for expertise, common sense or listening to what the patient says. If this had not cleared up quickly, and he was just Reb Ploiny with no doctor-wife to argue for him, he could have had permanent deficits.

Algorithms are so infected with biases..that a moratorium must be imposed on all ‘life-changing decisions-making algorithms’

One Sad — Personal factors and stresses continue to play a role in vascular disease. My friend realises that although never exceeding the weekly limits, he has to cut down on alcohol on smachot! He wonders about bringing retirement forward or reducing his duties.

Forty years a doctor is as long as we Jews wandered in the wilderness! Perhaps retirement is his promised land…but not one where he goes mad on Twitter!

But he will be writing to the Ambulance Service!