The Blogs
Nesanel Yoel Safran
Apply for a Blog
Advertisement
Please note that the posts on The Blogs are contributed by third parties. The opinions, facts and any media content in them are presented solely by the authors, and neither The Times of Israel nor its partners assume any responsibility for them. Please contact us in case of abuse. In case of abuse,
Report this post. 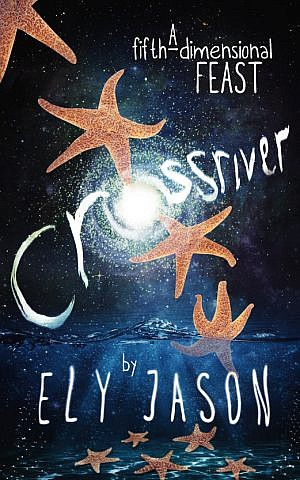 Q. Can you tell us in a sentence about your book? And why should someone choose to read it over the other gazillion books out there?

A. It’s a love story and urban-fantasy entirely based on the mystical secrets of Kabala. I don’t think too many of the other ‘gazillion-minus-one’ books out there make that claim.

Q. Is it a Jewish book?
A. No, and yes (how’s that for a Jewish answer?). In a sense, it’s a quintessentially Jewish book. Its theme, plot, and premise all flow from the Kabalistic worldview of society, history, and the individual – Jewish or not. Yet there’s not a single word in the whole book about Judaism, Torah, or religion.


Q. Isn’t that ‘sacrilegious’?
A. Call it whatever you want. But I don’t see why? In a sense, it’s no different than translating Kabalistic concepts into a foreign language, only in this case the new ‘language’ isn’t of a different country or culture, but rather a different articulation, or jargon.


Q. Can you explain that?
A. For example, people in a given profession, say therapists or physicians, have their unique ‘jargon’ or specialized way of expressing things that a layman or even a member of a different profession would say differently. What an MD might call an ‘upper respiratory infection’; we’d call a ‘chest cold’.
What I’ve tried to do in the book is preserve the essence of Jewish mysticism, yet strip it of its religious terminology, and present it in a different voice; one that’s spiritual, new age, and with a sci-fi/fantasy flavor.

Q. That sounds like a lot of work. Why did you bother?
A. It’s no secret that nowadays any writing that even ‘smells’ religious is an automatic ‘turn-off’ to many. Yet here’s a thousands-year-old Kabalistic tradition of wisdom, sitting right in our laps, that not only makes sense out of today’s vexations and perplexities, but gives you the keys to float above them to succeed and thrive. Why shouldn’t everyone have access to that?


Q. So you threw out the bathwater to save the baby?
A. I’m not calling it bathwater. If religious language speaks to you, more power to you. But for most freethinking, intelligent people today, it’s…let’s call it baggage that they’re just not prepared to carry.

Q. You’re referring to secular people, obviously.
A. You’d be surprised. There are also a lot of observant Jews out there who habitually find their eyes glazing over as soon as they feel they’re being given another ‘sermon’.


Q. I’m starting get the controversy. Anyway, you told us what the book is, but what’s it about? Can you summarize the plot?
A. Sure: Strad Crossriver, a millennial at odds with life, stumbles into funky café slash portal to the final battle of a mystic war for the destiny of the planet. While dodging the machinations of a brilliant mogul with a murky past, Strad has to choose between his beautiful, no-nonsense reporter girlfriend (who has a bigger part in this drama than she can possibly imagine), or fulfilling a calling she insists is mere fantasy, by revealing a new way of seeing, which can transform the world.


Q. The book’s been described as “deep, yet light”. I can hear the ‘deep’ in your plot summary; but I’m not sure I hear the ‘light’?
A. The ‘light’ is how it’s written – lots of humor, irony, quirky characters – and a there’s a whole subplot about food and cooking, and the ‘60’s Woodstock era too. Crossriver is a fun, easy read.


Q. Sounds pretty good. Where can someone get one?
A. It’s available on Amazon, in both Kindle and Paperback.

About the Author
Nesanel Yoel Safran, US born and a graduate of Brandeis, now living with his wife and family in the Judean Hills, is a writer, chef, and a teacher/student of Jewish spirituality. He blends these assorted vocations on his blog, Soul Foodie, where you can join him on mystical cooking adventures and glean practical wisdom for the kitchen — and for living.
Related Topics
Related Posts
Comments