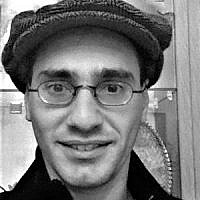 The Blogs
Baruch Stein
Apply for a Blog
Advertisement
Please note that the posts on The Blogs are contributed by third parties. The opinions, facts and any media content in them are presented solely by the authors, and neither The Times of Israel nor its partners assume any responsibility for them. Please contact us in case of abuse. In case of abuse,
Report this post.

I am an American-born oleh. In preparation for a twelve day trip home, I recently went to AT&T’s website, and clicked on the $2/day GoPhone plan.

I was disconcerted to notice a $25 refill card automatically slipped into my cart. The website does not directly inform you or explain why the refill is slipped in, other than a small easy-to-miss pop-up bubble showing your shopping cart for a couple seconds on the corner of the screen that is not always visible.

I experimented, seeing what would happen if I left the refill in the cart, switched to the $30 for one month plan (instead of $25, that gets a $35 bait-and-switch) or clicked the redundant “SIM Cards” option. No matter what combination I chose, I was never able to checkout.

After reviewing the details of the plan with online customer support, an agent named Louis confirmed that the $2/day option was perfect for my situation and told me that when he went through the same steps online it worked. He could not take my order through the messenger, but gave me a number to call, and advised that I also try a different browser.

The browser turns out to have not been the problem, and I never found the finish line in the automated phone maze he sent me to, which was for people with existing accounts, not for opening new ones.

I called a regular customer support number and eventually got to Candy. To be sure, we went over the details of the plan again and several times she put me on hold and took my questions to her supervisor. After half an hour, we were putting the order through, but something on her computer was not working. After further consultation with her supervisor, it turned out that, contrary to what she had been telling me, I was not eligible for the $2/day plan unless I either bought a new phone (which I do not need) or already had a GoPhone subscription for at least a month of service.

She proceeded to pitch the one month subscription for $30 (that also had not worked online). I declined and called T-Mobile.

Darrin, the first agent I spoke to, was clear in advising that I take their $3/month plan, which he described as being a lot like a package their website listed for $40/month. Too good to be true, but I waited to see where it would end up.

End it did when either the call to the phone company dropped, or Darrin realized his mistake and hung up on me.

Another round of phone mazes and holds got me the best agent of them all. Manall did not know how to help, and transferred me to Drake.

The thing about the T-Mobile pay-as-you-go program is that they want to sell you a SIM before you have a service plan. Their pitch is that at activation, you can go over and choose from among the service options. “Well, at activation, what service plans will I have to choose from,” I had to ask. Drake’s version of the $3/month plan was different, both from Darrin’s version and from what was listed online. Drake also told me about a $30 for one month option that might have worked until I got to the $15 fee for the SIM.

$15 might not be so bad, and had I held on, maybe there could have been a breakthrough with Drake, but after what should have been a simple purchase turned into a drawn-out project, with bait, switches, hidden fees, and inconsistent agents, not to mention the time I spent online comparing different companies’ plans before any of this began, I had had enough. My ancestors got by with landlines. I no longer cared about cellular service. Now I was interested in the next level.

My biggest mistake of this episode was not asking to speak to the agents’ supervisors or for contact information for ombudsmen or someone corporate. The AT&T website does have corporate contact information, but not under the “Support,” or “Contact Us” pages which provide information about common concerns, the messenger system through which I had connected to Louis, and numbers for the call centers I had already called.

Clicking “About AT&T” gets you another marketing page with links to corporate history, executive bios (without contact information), information for investors, lists of awards, diverse hiring policies, and information about all of AT&T’s mitzvot, and tzadaka.

There is a page of investor contacts at the top of which are links taking you back to lists of numbers for calling people like Candy. After scrolling down, I could have called the number for “stock transfers, dividend reinvestment, direct stock purchases or to enroll in an IRA,” or I could have emailed an investment manager, but at the bottom corner of the page I found a note saying, “If you’ve contacted Customer Service and require additional support click here to contact Carmen Nava, Senior Vice President of Customer Experience.”

Limit: 2,000 characters, about half a page single spaced font size ten. Editing was a challenge. Pasting and discovering that the form counted every space and indentation as a character was heartbreaking. I made their limit, submitted, and got a broken link message.