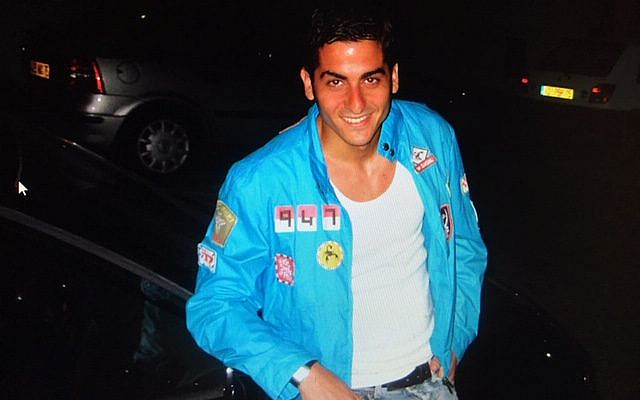 (Photo of Ilan Halimi used with the permission of his family. May his memory be a blessing)

February 13 is an ominous anniversary. Sixteen years have passed since the murder of Ilan Halimi, the young, Jewish French cellphone salesman. On this date in 2006, Halimi was murdered, having been kidnapped and held for ransom in a basement in a Paris suburb where he was starved, tortured, and beaten for 24 days before his captors gave up their depraved plan to cash in on a young Jewish life.

Like the hostage taker in Colleyville, Texas, Halimi’s captors bought into the worst antisemitic tropes about Jewish power. The “gang of barbarians” who kidnapped him thought that the powerful and monied Jewish community of their fever dreams would come forward and pay a hefty ransom for his release. Their bigotry fueled a brutal, grotesque crime that still scars the French Jewish community.

I wish that on the anniversary of Ilan’s death, I could tell you his murder was not in vain. I wish that I could report that this devastating crime helped the French people and all of Europe wake up to the threat of antisemitic tropes in their societies. But instead, the memory of this horrific event – seared for a time on the consciousness of France – has been fading.

We can’t let this happen.

Here’s why: the two largest Jewish communities in Europe just reported record breaking numbers of antisemitic incidents for 2021. A dizzying number of public assaults, vandalism of Jewish institutions, insults, threats, and abuse of all sorts were inflicted on thousands of Jews in France and the United Kingdom last year. Much of it was linked to the war in May between Israel and Hamas, despite the 2,000 miles distance between Paris and Tel Aviv.

The reports by the Jewish security agencies of the two communities, SPCJ in France and the Community Security Trust (CST) in the UK, make for painful reading. In France, where 450,000 Jews live, assaults were up a stunning 36 percent. Total incidents increased 75% compared to the prior year.

In the United Kingdom, home to 300,000 Jews, antisemitic incidents totaled 2,255. This was a 34% increase from 2020 and the highest count ever tracked by CST.  Violent antisemitic assaults were up 78%, reaching 176, including three categorized as “extreme violence” that easily could have resulted in deaths or severe injury.

On average, a Jewish person was attacked in the UK every other day of 2021.

Antisemitic assaults merit special attention because they harm the Jewish community twice over. The physical damage and psychological harm to the direct victims can have lifelong consequences. These attacks, though, also terrorize other members of the community. This was true in the case of Ilan Halimi. And it is just as true today.

“Terrorize” is the right word, because antisemitic assaults on family members, friends, and even on other community members whom one might not know personally, cause fear and prompt changes in behavior.

Survey data of Jewish communities in Europe show the extent of the impact. In 2018, the European Union’s Agency for Fundamental Rights polled Jews in 12 European Union member-states. They found that 40% of Jews worried about being physically assaulted over the next 12 months. As a result of concerns about their safety, 34% of those polled said they at least occasionally avoid visiting Jewish events or sites. More than 70% of Jews avoided, at least occasionally, wearing or carrying some item that would identify them as Jewish. And 38% admitted too considering leaving their home countries altogether over the prior five years due to security concerns.

These data are staggering. Jewish parents should not have to tell their children to stay off the streets for their own safety when the missiles are flying thousands of miles away in a conflict in which they might have an interest but play no role. There is no excuse.

As these recent reports from the UK and France make abundantly clear, that simple, understandable expectation is far from the current realty. No one should consider the status quo an acceptable state of affairs. It is a moral outrage that Europe must address without delay.

On this day, we cannot let the world forget the memory of Ilan Halimi. We must remember his life but also his suffering, both for the warning it provides about the lethality of modern antisemitism, and for the message his torture and death sent about the twisted allure, power and endurance of the most hateful antisemitic canards.