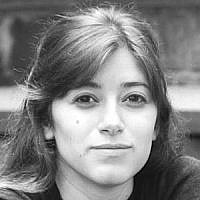 The Blogs
Chana Chava Perton
Apply for a Blog
Advertisement
Please note that the posts on The Blogs are contributed by third parties. The opinions, facts and any media content in them are presented solely by the authors, and neither The Times of Israel nor its partners assume any responsibility for them. Please contact us in case of abuse. In case of abuse,
Report this post.

There are two periods of silence during the Jewish year. The first we observe immediately following Pesach, during s’firah. The second we observe now, in the days leading to Tisha B’Av, a time when we remember the destruction of the two Batei Mikdash. During these weeks we refrain from many normal activities, including listening to music. Though normally Jewish life is a cacophony of sounds, for roughly seven out of 52 weeks of the year we metaphorically put ourselves on mute.

These two lengthy periods of silence are connected thematically. We are quiet during s’firah as we mourn the deaths of Rabbi Akiva’s twenty-four thousand students who were struck down because they did not behave respectfully towards one another. During our current mourning period, when we focus on the loss of the Temples and our ensuing exile, we focus on the sin that brought about the second’s destruction: sinas chinam, baseless hatred. We fought with our siblings and so our Heavenly Father sent us to a corner to quietly contemplate our actions. Every year we return to those silent corners to ask ourselves: has anything changed?

Tragically, the  answer time and again is a resounding “no.” Our sages tell us that in every generation that the Beis HaMikdash is not rebuilt, it is as though it were destroyed again. This concept is explained to mean that the defect that needs to be corrected- – sinas  chinam–is still present in us.

Which brings me to the “Women’s Issue.” Over the last few days, several women, including myself, have written articles about the frustrations many frum women feel. One way or another, each of these articles calls for change. Not a change in Halacha–we all appreciate and respect Halacha– but rather change in the way that the women of our community are perceived.

The reason I place the phrase “Women’s Issue” in quotations is because I am coming to realize that many readers are missing the forest for the trees when they read these pieces. They see us writing about women and assume that we are initiating yet another gender war, setting up women as the ever helpless victims of the evil patriarchal man. “Just pull up your big girl stockings and ask for more room or cookies,” some commentators write, or at least think. “Stop making this about gender when it’s clearly just an organizational issue that could easily be resolved.” For this reason, some readers react to much of what has been written by painting  us all with that label of ultimate frum dismissal, ‘Feminists’.

Here’s the truth: while we may be writing about women, it’s not about women. Everything we describe — the lack of stroller space, the trekking through mud and back doors to get to a vort, the being passed over in line so that men can be first to bring kapparos — all  these aren’t the problem. Rather, they’re the symptoms of something darker and more dangerous that exists in our society, and we are bringing them to light and examining them so that sickness can be diagnosed and cause treated. Unfortunately, as soon as some people read the word “woman,” they raise a hue and cry that makes it impossible to hear what is actually being said.

For a minute, let’s pretend that none of these articles use the word “woman”. Let’s take gender completely off the table. Let’s substitute the word “woman” with the words “person” and “people.” Now the story shifts. There is a person who feels left out of the community. There are people who are feeling hurt, ignored, passed over, invisible.  Suddenly, it becomes clear that this isn’t a gender issue. This is a derech eretz issue. An ahavas Yisroel issue. A kavod haBrios issue.

And by choosing to brush off valid concerns about harmful constructs that are not Halachically based, simply because the people voicing them are women: a sinas chinam issue.

We just entered the three weeks. For three weeks we don’t listen to music. There is silence. Why? Because it needs to be quiet enough that we can hear the voices of all those we usually ignore–or would like to ignore. Quiet enough to listen to what they are actually saying.

Forget for now that we’re women. As fellow Jews, what can we do to help one another? Instead of dismissing our pain, consider the source of the pain. Instead of shouting back at a Facebook comment that unnerves you, take a few meditative moments of silence to listen. Then take a few more to consider, “How can I help this person or group in a constructive way?” Because it’s never about the cookies. It’s about a million little things that add up to a message of “You’re not important to me.” As Jews, that message should be unacceptable.

So if the fact that it’s been women who have been speaking up lately has been bothering you, for the next few weeks try to put that aside. Instead of responding reflexively and defensively, look past the perceived attack and identify the needs of another human.  Challenge yourself: Every day of these three weeks, try to find one person–male or female–and ask them what their needs are. Echo the silence of this mourning period to soundlessly listen to the ones who are hurting. Accustom yourself to hearing your sister and brother, son and daughter, parents, grandparents, and neighbors. Make this silent time a constructive time. Because this drowning out of the discomfort of a fellow Jew is not strictly a women’s issue (though I’ll keep writing about it from my perspective as a woman). It’s a people issue, and chances are there are others who feel unheard as well. Let’s hear them.

Maybe then we’ll also hear that final shofar blast we’ve been waiting for so long.