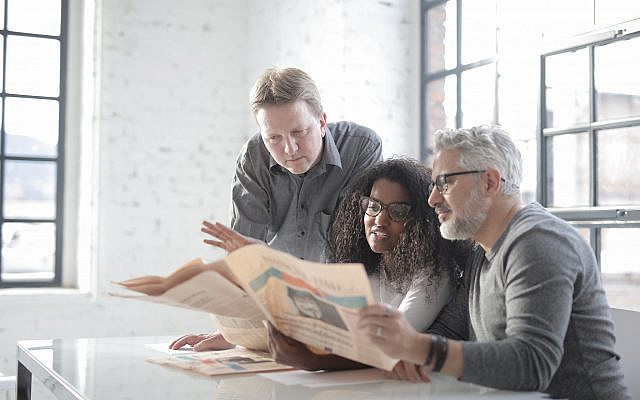 Good News? (Free to Use Photo by Andrea Piacquadio from Pexels)

This morning, the news was encouraging, the headlines heart-warming.

Sadly, all these important headlines have one thing in common – I wrote them myself, they are not true.

It is time that we take control of our lives. Why should we let the world’s many anti-Semites write the news that will be preserved for history. Later generations will believe these lies if we do not set the record straight now.

We can all play a part is fighting for the truth. When a newspaper or TV news program puts out a blatant lie, we should all send a complaint.
(See the Independent Press Standards Organisation – https://www.ipso.co.uk/)

We would expect more sympathy for our tiny state from the USA, no stranger to racial divisions. But U.S. public schools are promoting a book, “Uncle Meena,” by Palestinian author Ibtisam Barakat, in English classes. This book gives young readers a one-sided, misleading account of the Palestinian-Israeli conflict. There is criticism of Israeli security measures but no mention of the numerous deadly Palestinian terrorist attacks that Israelis have suffered for many years.

The situation in the United Kingdom, with very little unity and no king, is especially disturbing. We are encouraged to believe that their press is free and independent. In fact, just six billionaires are outright owners, or have a majority of voting shares in nearly all the UK’s national newspapers. These owners often dictate what is published as what is not. They promote or fire editors and journalists. Of course, it is their decision as to which political parties the paper will support. They are not always honest in their reporting of events in the Middle East.

Fortunately, our press is truly free and allows me to publish whatever I like. Now I just have to get people to read my blog …………….