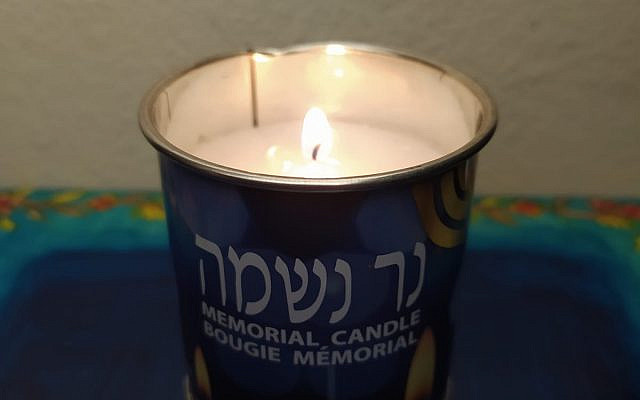 For the memory of those we have all lost. (Mori Sokal)

Only a few days ago, I wrote about what our world might look like after this week. We are now on the other side of the Passover holiday, and we still don’t know what is happening. During the Passover holiday we start counting the Omer, but for many, the count of those lost began a few weeks or even months ago; I have also lost family, and in just the past few days, I found out that two of my friends lost their parents. Since this started and especially now, I am feeling a little lost myself.

Sometimes we all know what we are doing. We know what our week will be like, we make our plans, some glitches happen like it takes longer than we hoped at the grocery store, or we get a flat tire, or some other small things go awry. Other times, we throw all our plans out the window, and wait until the new day to find out what will be happening. I still vividly remember that day almost nine years ago, when I threw all my plans out the window and went to be with my father for the end. The transition from everyday life to upheaval was sudden and difficult, and even processing that loss took a long time, but it was a blessing that I was able to be there with him, and with the rest of my family. I think of the unbelievable tragedy that, on top of the phenomenal pain of the loss itself, so many people are experiencing as they are losing loved ones now and are denied being with them, or even giving them a proper burial, or finding comfort from having friends and family with them at this impossible time.

The town where I grew up was a small one, the Jewish community at that time even smaller. My elementary school fit into the second floor of a shul (synagogue), which was all I knew — so I did not think it unusual. My 8th grade graduating class had six students, including me. Other classes were also tiny, and so we were a close modern-orthodox community. We all kind of lived in each other’s homes, “sharing” parents. Even though our lives eventually took us in different directions, with some of us living in Israel now, some in America, one in England, there is a bond formed that stays with you when you went to school together since nursery, had more sleepovers than you could count, and knew what your friends’ houses looked like as well as you knew your own.

It is true that some of us lost touch over the years, and it is sad, but when I lost my parents, even ones I hadn’t seen for a long time were there too, at the levaya, at the shiva. Just knowing they were there was a comfort — people who knew my parents, who remembered them. Last year one friend lost his father, who wanted to be buried in Israel. When he stayed here that week with his cousins for shiva, we didn’t just come and go, but went to be there with him, reminisce, comfort him in the way that he needed. We saw his mother too, who I last saw before that when she visited my mom a few times towards the end, because they grew up together before their kids did. Another friend I lost contact with after we both moved away from the New York area was there at the funeral for my mother. I wanted to call her after but it was one of those things where you think of it, keep putting it off, and before you know it, years have gone by. I am sorry about not taking my own advice sooner, not to let time go by and to let people go. These were the friends who lost their parents just in the past few days — the friend who just finished his year of mourning for his father now starts anew, with the loss of his mother, who was, as another friend said, an institution, and who will be missed by a whole community. The other friend, who I am trying to reach, lost her father, a great guy and a funny person; as a mom I have said one of his dad jokes many times, where he told us what to do when we were bored-stand on your head and twiddle your thumbs.

Shortly before Pesach I also found out that my mother’s cousin was niftar. He grew up with her (there was a whole pack of cousins who were more like siblings) and spoke at her levaya, and visited her at least a few times that I know of when she was sick; I was there when he came by on her last erev Pesach to make sure she had what she needed, and other times in that last summer. On Thursday night two weeks ago I heard he was sick and then almost immediately, on Friday morning, I found out that he was gone. We were not in touch regularly, but he was family; I remember going to some of his children’s bar mitzvahs in Boro Park; he had a big, beautiful family. I remember thinking then how sad it was that there would be no huge levaya or shiva for him, after all he accomplished in his life by building a big yeshiva and family. I called the family, but it’s not the same. And in my mind, they were there, they would always be there, which of course is never true, but now life is different in many ways, as so many are being lost at once and the usual ways of giving comfort have been cut off for us.

So many people are losing loved ones all over the world, and so many are dying who would still be with us if not for this plague. I have seen more and more posts about those who lost loved ones, or who are asking for prayers. I am praying for you, and for your loved ones, and for others who I am thinking of even if I cannot be in touch with them.

We have all these ways of staying in touch, but our lives are so busy that we put it off- sometimes, until it is too late. At the same time that we are in isolation, stuck in our homes, we narrow our focus to our family, our tasks (if we can—I have been finding it hard to think of all the things I want to do now I am home, as they seem so unimportant), when maybe this is the time we need to be reaching out more.

Sometimes it is not meant to be, those relationships which we had no choice but to leave if they were unhealthy for us may not prove to be any better even though time has passed. There is not much that can be done about that except keep those people in your heart. But those that were just lost, if there is still time, if the people are still here-those are relationships that we can rekindle, even if just to let them know that even after all this time, they are still in our minds, in our memories, in our hearts.

At some point many of us will come out the other side of this to a different world, an emptier and sadder world. Yet even as we maintain more physical distance than before, we will need the connection with each other, we will need to be there for each other.

Even from a distance, I am sending love and comfort to those who need it, and wish health and speedy recovery for all the sick.

About the Author
Mori Sokal is a TWELVE year veteran of Aliyah, mother of three wonderful children (with her wonderful husband) and is an English teacher in both elementary and high school in the Gush Etzion-Jerusalem area. She has a Masters’ degree in teaching, and has published articles in Building Blocks, the Jewish Press magazine.
Related Topics
Related Posts
Comments