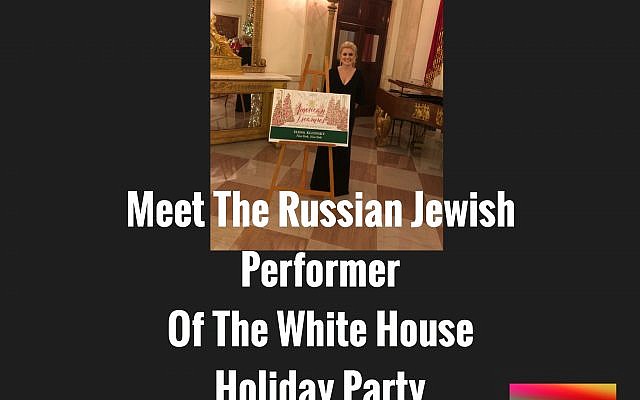 While the world watched TWO Chanukah parties hosted at The White House by President Donald J.Trump and First Lady Melania Trump, a third holiday party featured a well known classical performer who represented “The American Dream.” Elena Klionsky is a legal immigrant from Russia who is A Proud Jew.

According to Klionsky, she believes she was chosen for two reasons:

Klionsky is a well known classical musician, having performed all over the world. This White House has been criticized for its lack of classical music, Elena brought some elegance with her rendition of Liszt’s Ave Maria (in the spirit of the holidays) as well as familiar selections of Beethoven, Chopin, and Liszt.

Also, the theme of this year’s White House celebrations (coordinated by First Lady Melania Trump) was “American Treasures.” Elena represented a true American treasure, as she and her family fled the Soviet Union in order to become proud American citizens. 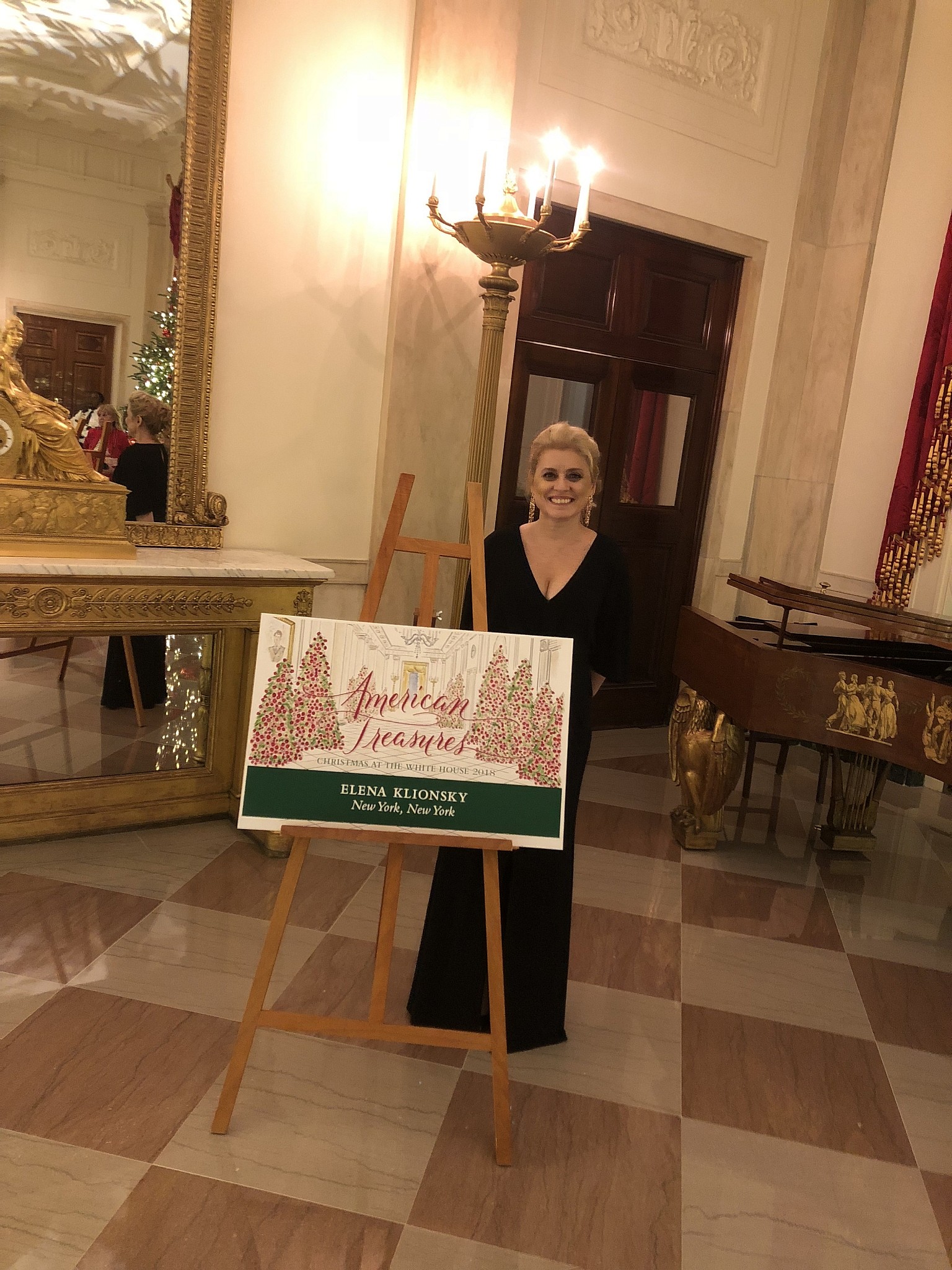 Elena Klionsky  began playing the piano at the age of five in her native St. Petersburg, Russia, and gave her first public performance at the age of six. Upon her family’s relocation to the United States in 1974, she continued her studies at The Juilliard School of Music, where she began at the Pre-College Division and subsequently earned her bachelor and master degrees and was the recipient of the prestigious Petschek Scholarship. While in high school, at New York City’s renowned High School for the Performing Arts, where she graduated with the B’nai B’rith Award for Outstanding Performance in Music, she was named “Promising Young Artist” by the National Foundation for Advancement in the Arts and chosen to play the piano for a cameo role in the MGM movie “Fame”.

Elena made her first appearance in Lincoln Center in New York as a high school student with the National Music Week orchestra conducted by Julius Grossman. Ms. Klionsky performed her recital debut in New York to a sold-out audience in the Weill Recital Hall at Carnegie Hall. She made her professional orchestral Debut performing for fifteen thousand people on the same bill as Itzhak Perlman with the Chattanooga Symphony Orchestra, under the baton of Vakhtang Jordania. She has returned to Chattanooga many times to sold-out audiences.

Ms. Klionsky has been selected for listing in American Keyboard Artists and World Who’s Who of Women. Nicknamed Piano Phoenix because she has risen above serious physical trauma to her right hand in 2002 to once again grace the world’s concert stages with her artistry, Elena is back after almost seven years of continuous physical therapy and dedicated practicing. Elena is also one of 1,800 Steinway Artists worldwide.

Klionsky and her husband were also guests of the Trumps at The White House Chanukah party. They, like many of the other guests, were treated to special tours, delicious kosher food and they enjoyed meeting Jewish leaders from all over the country.

And now, Performer in the home of The President Of The United States, a Great friend to Jews living in America legally from Russia and strongest ally and commander-in-chief to the State Of Israel Internationally.

Klionsky will be touring in the United States in 2019, including performances in Mississippi and Tennessee. What a difference from that little girl from Russia.