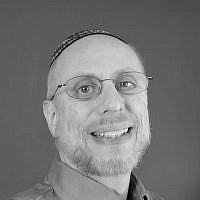 The Blogs
Michael Rogovin
Apply for a Blog
Advertisement
Please note that the posts on The Blogs are contributed by third parties. The opinions, facts and any media content in them are presented solely by the authors, and neither The Times of Israel nor its partners assume any responsibility for them. Please contact us in case of abuse. In case of abuse,
Report this post.

In a recent joint statement, the OU and the RCA gave gentle support to the overruling of Roe v. Wade, which enshrined a right to abortion into Federal law. The leading Modern Orthodox associations of rabbis and synagogues state, in effect, that since halacha does not support abortion on demand, it is reasonable to reject a broad right and leave it to the states to figure out how to best resolve the complex legal, social, and moral issues of abortion. I submit that this is, at best, short-sighted, and at worst, disastrous for the religious Jewish community, and the country as a whole.

Fundamentally, the halachic system does not have a broad consensus on when abortion is permitted. While it is seen as a last resort and certainly not an absolute right for an unwanted pregnancy, there are major disagreements among poskim as to the extent, for example, that the mental health of the mother is to be given overriding consideration. But there are things that are clear.

First, abortion is not murder of a person whose status is equivalent to a born child. Up until the head emerges, the fetus may, under extreme cases, even be dismembered limb by limb and indeed, it may be mandatory if the mother’s life is at risk. This is not the position of any Catholic or fundamentalist Christian denomination, on which most proposed laws are based.  Indeed, it is abundantly clear that the types of laws contemplated by the states (and in some cases already on the books just waiting for the overruling of Roe v. Wade), are completely incompatible with halacha. Every one of these laws would restrict abortion in ways that would prohibit some abortions which are required under halacha.

This raises the question as to whether Jews should seek secular laws that comport with halacha, or seek permissive laws that allow us to observe halacha. Should we seek laws that prohibit intermarriage, since halacha prohibits it or laws that allow individuals to decide whom to marry? How about compulsory school prayer, even if it means that Jewish children will be forced to participate in a prayer to Jesus, or should schools be free of religion and let each church and family decide how and to whom to pray? Should Christians be able to compel businesses to close on Sundays, even if they primarily serve the Jewish community? Should laws that prohibit animal slaughter without stunning be allowed? Or laws that ban genital mutilation without the consent of a person prior to adulthood be allowed, even if this meant circumcision of infants would be prohibited?

The Jewish consensus has always been that our interests are best served by a government that allows each community and individual to set its own rules regarding moral matters that impact on that individual or community, so long as they do not compel others to follow those rules. Permissive laws allow Orthodox Jews to follow halacha and Catholics to follow their own rules on abortion, without compelling either to accept the other’s divergent views on the matter. Under Roe v. Wade, no one was ever compelled to abort a fetus against their will (at least not legally). Each person makes a choice based on their own belief system and with the advice of those in whom they trust. People are free to seek to persuade others of their views, but cannot compel them.

Another halachic value should impel a pro-choice position. History has shown that women will seek abortion regardless of legality. If we return to the world of abortions performed under secret and unsanitary conditions, with women and doctors living in fear, we are putting the health and very lives of women and physicians at risk. Given that this is a very real consequence of restrictive abortion laws, it behooves anyone who cares about the lives of women to support access to safe abortions for those who want them, even in cases where one might disagree with the choice being made.

One need not support all abortions to understand that if we allow extremists to pursue their agenda taking away the rights of one group, than the rights of all groups, especially minorities or others with less sway in the legislatures, are at high risk. The alliance with the anti-abortion groups is not pro-halacha, not-pro-life (at least from a Jewish perspective), and is a dangerous game that historically Jews have lost.

As contradictory as it might seem, I believe that the OU/RCA should take the position that while they do not agree with everything the pro-choice movement stands for, free and unfettered access to safe abortions throughout pregnancy as a basic right is the best way to protect the long-term interests of the Orthodox community.

About the Author
Michael Rogovin is a not for profit executive, and a former public service attorney and senior executive in higher education. An avid home cook, he also writes about vegan and cell cultured foods for Mipikale.com. A member of a progressive modern orthodox synagogue, he resides in Teaneck, New Jersey.
Related Topics
Related Posts
Comments