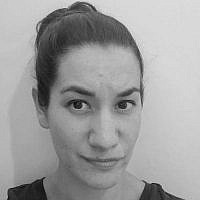 The Blogs
Tehila Wenger
Apply for a Blog
Advertisement
Please note that the posts on The Blogs are contributed by third parties. The opinions, facts and any media content in them are presented solely by the authors, and neither The Times of Israel nor its partners assume any responsibility for them. Please contact us in case of abuse. In case of abuse,
Report this post. 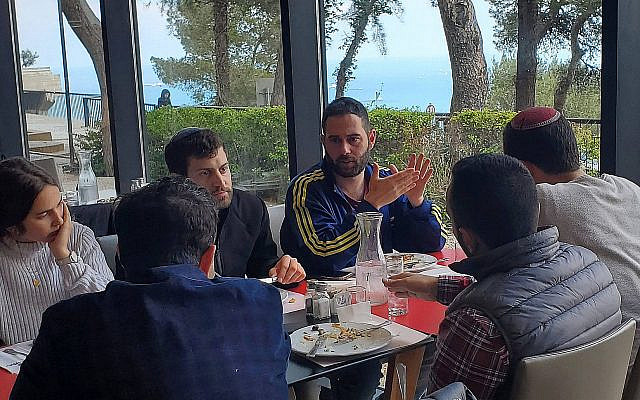 Israeli participants of the Geneva Initiative’s young leaders’ reconciliation program are frustrated. Every week, I receive at least three texts asking when the group meeting in Ramallah will be held. “The situation is very sensitive,” I answer, echoing the words of my Palestinian colleagues. The participants roll their eyes. When is the situation not sensitive?

And yet, after the horrifying murder of five Israelis in Bnei Brak on Tuesday, the latest in a string of attacks across Israel, there is a mindset shift as the “situation” – a common Hebrew euphemism for the conflict – moves into escalation mode. The tension on the Israeli side is palpable and growing. There is also some level of bewilderment, and an ever-present need to make sense of the attacks: Why now? Which Arabs are committing which attack? What’s going on?

It doesn’t fit into a text message, but the context underlying my default “the situation is sensitive” refrain to project participants is something like this: Israeli police threw a stun grenade that shattered the jaw of Nawar Burkan, a deaf eleven-year-old Palestinian girl at Damascus Gate in February. Nineteen-year-old Amar Shafiq Abu Afifa was shot for running away from a soldier while out on a hike in early March. Seventy-eight-year-old Omar Assad died of a heart attack while being detained, bound, and blindfolded at a checkpoint in January. Most Israelis have heard of Sheikh Jarrah, but not of Masafer Yatta, a community close to Hebron under constant threat of demolition. This is far from a comprehensive list of the deaths, injuries, and detainments of Palestinians by Israelis over the past few months, and it is certainly not an attempt to justify terrorist attacks against Israeli civilians. The first would be too long, and the latter despicable. It does, however, provide a snapshot of what Palestinians have been seeing in their media feeds in 2022; these stories became data points in my Palestinian colleagues’ recent growing conviction that the ever-fragile relationship between Arabs and Jews in this region is on the verge of another violent escalation.

After yesterday’s attack, Prime Minister Naftali Bennett convened a security meeting. He will try to take a strong line against terror. It will probably involve some level of collective punishment. There will certainly be an increase in checkpoints and IDF presence in the areas of the West Bank with heavy Palestinian populations. The policies will be aimed at containment and intimidation. There will be no acknowledgment that “managing” the conflict continues to lead to the death of innocents; there will be no attempt to build bridges, to increase mutual understanding, to address the core issues that fuel hatred and injustice. Politicians across the political spectrum will speak about their concern and solidarity with the victims of the conflict, and will continue to do nothing to end it.

Civil society has become single-handedly responsible for all peace-building work between Israelis and Palestinians. The Israeli government is not merely inactive in these efforts; official policies makes dialogue harder. It has never been more difficult for civil society organizations to obtain permits. There are a few dozen Israeli organizations and institutions that work with the Civil Administration to bring Palestinians into Israel for peace and reconciliation activities, from university programs to dialogue seminars (“Civil Administration” is the Orwellian title of the unelected body in the West Bank governing bureaucratic aspects of Palestinian daily life that answers directly to the IDF). Palestinian requests for permits to engage in peace programming in Israel are frequently rejected due to an arbitrary quota, or simply not answered in time. Israeli requests for permits to enter Area A are increasingly turned down as well, with Central Command citing the security situation in their refusals. Israeli authorities hand over responsibility for peace education to NGOs, and then make any form of in-person dialogue extremely difficult to arrange.

In the joint Israeli-Palestinian seminar that we managed to hold last week, we asked participants to come up with initiatives that promote reconciliation between our peoples. One of the groups got bogged down in a fundamental misunderstanding of needs and perspective; the Israeli participants churned out idea after idea on how to make the checkpoint experience more bearable, and the Palestinian participants impatiently shot them all down. The problem with checkpoints in the West Bank isn’t the quality of IDF customer service; it’s the restriction of movement, the constant humiliating reminder that you are under the complete control of another nation.

If you don’t speak to the other side, it’s easy to fall into self-congratulatory fallacies about “shrinking the conflict” policies that make Israeli presence in the West Bank more palatable (to Israelis, at least). Increasing the number of work permits and decreasing the wait time at checkpoints are band-aids on a heavily bleeding wound. The strongest army in the world cannot prevent the conflict from escalating into violence again, and again, and again; for the sake of both our peoples, it is time to try another way.