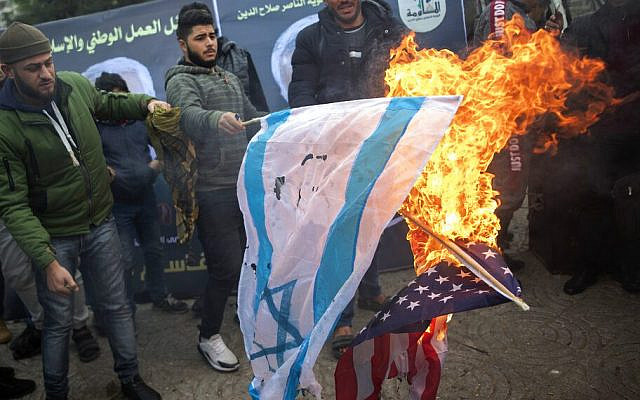 It’s easy to write an article critical of Israel. It requires very little effort or research. All that’s needed is to find something Israel is doing well and then compare it to the Palestinians situation and blame Israel for the discrepancy. To make the article more poignant, reporters and headline editors just use terms like “settler” or “occupation” and that adds another dimension to the demonization. The article will be easily swallowed up by mainstream media outlets. It will spread quickly, reposted and shared in outlets from Ireland to San Francisco. There are millions of people who love an article that demonizes Israel.

The latest example of this lazy Israel slander is an article in The Guardian. With close to no fact checking, The Guardian went to great lengths to smear Israel for its successful role out of the COVID vaccine. This was an easy and lazy article to write. Israel is doing three times better than most advanced countries at vaccinating its citizens (per capita). Given the choice between writing an article showcasing how Israel is so successful and providing other countries valuable information or flipping the article to one which makes Israel look bad, anti-Israel organizations are expected to flip to usual Israel hate. Major news outlets should aim higher.

The Guardian chose to compare Israel’s successful vaccinations to the lack of Palestinian vaccines and blamed Israel for the discrepancy. Of course, they added the word settler to the headline. The term settler is a dog whistle for anti-Semitism. Their headline read, “Palestinians excluded from Israeli Covid vaccine rollout as jabs go to settlers.”

Israel’s critics will claim that since Israel has control over Judea and Samaria (The West Bank) the Israeli government is responsible to treat the Palestinians equally to Israeli citizens. They use a catch-22 where they demand Israel give Palestinians autonomy but simultaneously demand that Israel give Palestinians everything Israelis receive. Their argument sounds meritorious, but it’s superficial because it ignores the facts. It is also nothing short of an anti-Semitic blood libel. When the only country a newspaper uses fake information to slander is the Jewish country, their intentions should be viewed suspiciously. If it stinks like anti-Semitism, Jews have learned painfully, it is anti-Semitism.

As if these weren’t enough to show how baseless the allegations against Israel are, Palestinians also denied help from Israel to acquire vaccinations. You can almost hear Abba Eban repeating from the grave, “Palestinians never miss an opportunity to miss an opportunity.” The most damning piece of evidence to the slanderous nature of these accusations is that Palestinian Ministry of Health officials announced they had secured vaccines.

Lazy journalists who try to play the moral high ground by demonizing Israel are a dime a dozen. Some are motivated by the need for approval of other moral crusaders and some are run-of-the-mill anti-Semites. It’s easy pickings. It isn’t journalism.

Modern day blood libels aren’t as rare as one would think. Articles frequently appear demonizing Israel for mistreating Palestinians. After looking into these articles it’s easy to find the false information twisted to disparage Israel. It’s easy to defend these articles from charges of anti-Semitism, but those who have faced anti-Semitism know that the best spread anti-Semitism is hate disguised to look like legitimate criticism. The Guardian and all those spreading the vaccine lie are just as guilty of anti-Semitism as the haters who once fabricated blood libels.