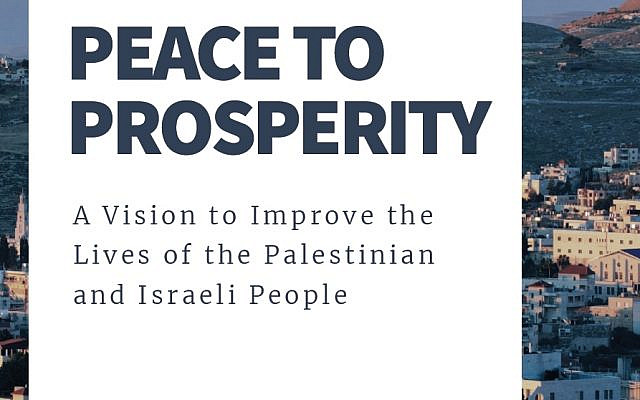 Snapshot from the front page of the Peace to Prosperity plan (credit: The White House).

The Palestinians should forget that the “Peace to Prosperity” plan has US President Donald Trump’s name on it, and they should read it because they would like what they find.

Trump did not write the plan. The plan was written by highly educated people who did extensive research on the issues, both from the Israeli point of view and the Palestinian point of view. Trump deserves credit for appointing those people, but there is no doubt that Trump is a divisive figure who antagonizes rather than unites. In the end though, the Palestinians should be concerned about their own future, not about Trump, and the plan offers them something that many right-wing Zionists do not want them to have, a path to self-determination and statehood. It also offers them a path to economic prosperity.

But the Palestinians should not take my word for it, they should read the plan for themselves. If they do, here are some of the things that they will find.

The plan is not really a plan and certainly not a deal. It is a framework for negotiations. In fact, the document itself refers to the plan as a “Vision.”

On the most difficult issue, which is the Palestinian refugees, the document provides a combination of options that are similar to what I suggested previously, and it promises that “the United States will work together with other countries to establish a framework for the implementation of such options”. This part of the negotiations would require extensive help from the Arab countries that currently host Palestinian refugees and from other countries that could receive refugees.

The document provides a draft set of borders for a Palestinian state. As the document states, “Land swaps will provide the State of Palestine with land reasonably comparable in size to the territory of pre-1967 West Bank and Gaza”. The size of the Palestinian land is similar to what was offered in previous plans, the main difference being that the Palestinian state would not have a border with Jordan, but it would have a border with Egypt and with the Mediterranean Sea through Gaza. 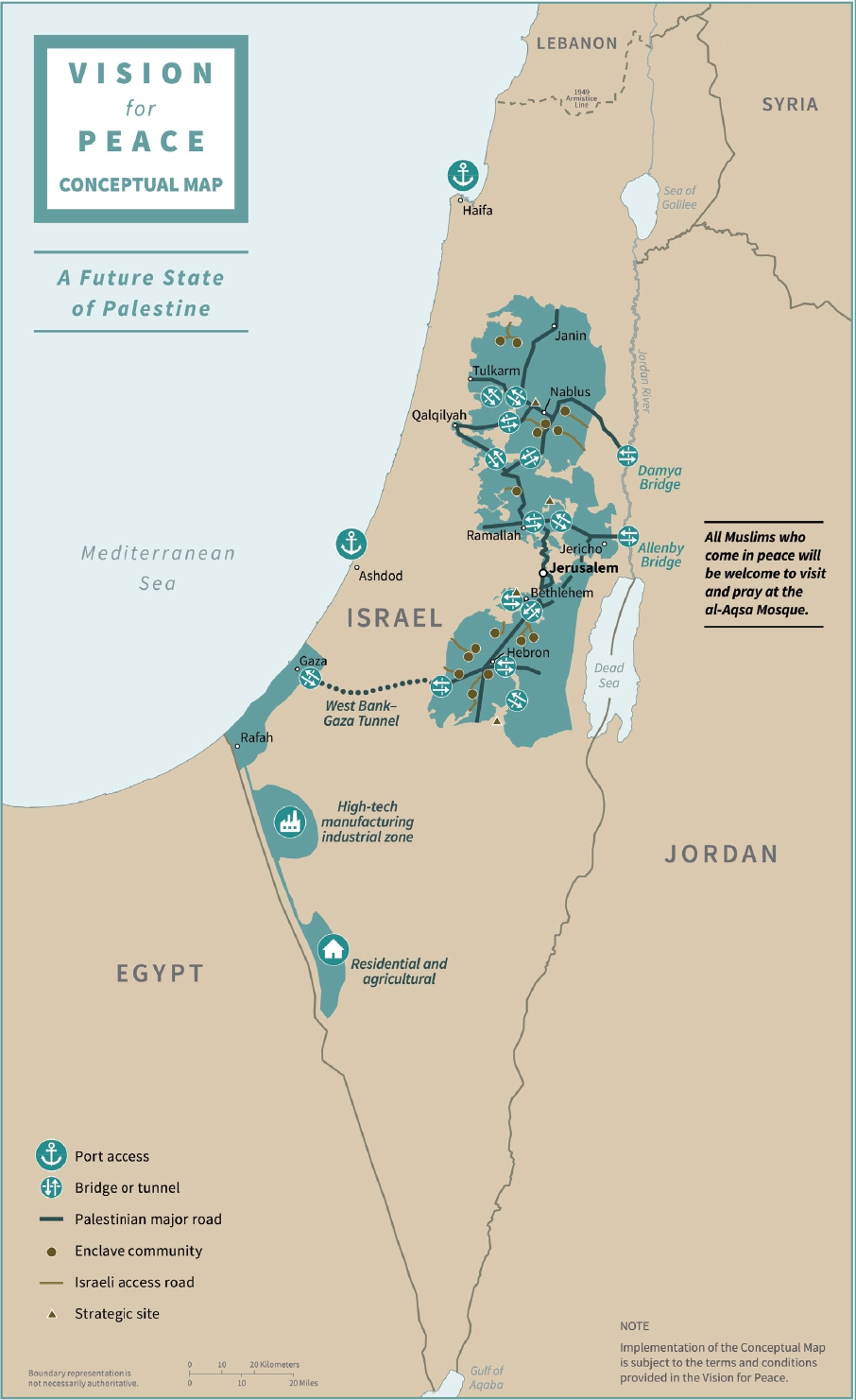 Map from page 2 of Appendix 1 of the plan (credit: The White House).

The ideas provided in the plan on how Palestine can become prosperous with the help of Israel, the Arab world, and the international community are extensive and well developed. Obviously, much time and thoughtful effort was spent on these parts of the document.

On the issue of Gaza, the plan states the obvious which is that there is no solution for Gaza until “there is a ceasefire with Israel, the full demilitarization of Gaza, and a governance structure that allows the international community to safely and comfortably put new money into investments that will not be destroyed by predictable future conflicts”.

On the thorny issue of Jerusalem, the document is somewhat hypocritical. It says that Jerusalem “should remain an undivided city,” but it also says that the existing barrier separating Jewish neighborhoods from Arab neighborhoods “should remain in place and should serve as a border between the capitals of the two parties”. In other words, Jerusalem would be divided, but Israel would retain the Jewish part of East Jerusalem. The way the document resolves this contradiction is that the portion of Jerusalem that would become part of Palestine would no longer be called Jerusalem but Al Quds. It would not make sense for Israel to include Arab neighborhoods that Israeli Jews cannot even enter in the present situation, and it would not make sense for Palestine to take over the Jewish neighborhoods of East Jerusalem. The plan guarantees access to Jerusalem’s holy sites to all religious groups, and it maintains Jordan’s control of Temple Mount. Despite the hypocritical language, what is suggested for Jerusalem is the best solution possible.

In summary, the plan is a good vision. It is a powerful and promising framework for the Palestinians. If I were a Palestinian, despite what my leaders say, I would want them to negotiate a peace deal based on this framework, and the first thing that I would want them to do is to seek support from Arab states because they will need it to negotiate the refugees portion of the peace deal.

What the plan offers the Palestinians is something that I suggested several times in my blog, a clear path to self-determination if they choose to end violence. The choice is now squarely in their hands.

The Palestinians may hope that Trump will be defeated later this year, and so do I, but it would be naïve to think that another president would offer the Palestinians anything substantially different. The plan asks all the right questions and provides the answers that any reasonable person would come to regardless of political affiliation. If a new plan emerges in the future, it is extremely unlikely to be very different from this one.

The Palestinians can choose to negotiate on the basis of the framework provided, or they can squander yet one more opportunity. I have been told for years that the paths to statehood that I suggested should be offered to the Palestinians would be squandered by the corrupt Palestinian leadership, and sadly that may well be what happens.

The Arab world which started the conflict by rejecting the 1947 United Nations partition plan should feel responsibility at this time, the responsibility to help resolve the conflict, and there is no better time than the present when an extensive and thoughtful framework is provided to guide that process.