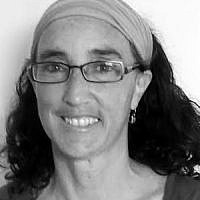 The Blogs
Aliza Avshalom
Tour educator, Public speaker - Inspired by Israel
Apply for a Blog
Please note that the posts on The Blogs are contributed by third parties. The opinions, facts and any media content in them are presented solely by the authors, and neither The Times of Israel nor its partners assume any responsibility for them. Please contact us in case of abuse. In case of abuse,
Report this post.

Modern Israel has added to the Traditional Jewish calendar the national holidays- but not only. Hakafot shniyot or second Simchat Torah celebrations are widespread in Israel. After Shmini Atzeret towns and cities host dancing with the Torah for the general public. With music, lights, local bands. It creates a sort of “after-party” to the holiday and many people that don’t go to the synagogues are happy to participate in the festivities in the public squares and parks.

Surprisingly, the tradition began in the Florentine neighborhood of Tel Aviv, Shemini Atzeret 1942. Rabbi Isaack Yedidya Frankel, Rabbi of Florentine (and eventually Rabbi of Tel Aviv) was worried and distressed over the lack of communication with the Jews in Poland during the war, and the understands that the situation is grave. After reciting the havdala prayer at the end of the holiday he turns to his congregants – Our brothers and sisters in Europe would now be heading into the synagogues to dance and celebrate Simchat Torah (outside of Israel there is an extra day of the holiday) – the situation of the Jews is bad and who knows what has become of the synagogues. Let us do the Hakafot for them! And thus, Rabbi Frenkel revived an ancient custom of the Ari”zl and began the modern tradition of the Hakafot Shniyot in Israel – an act of Jewish solidarity with Torah as its center. From that year on, Tel Aviv and eventually the whole of Israel celebrated Hakafot Shniyot as a public celebration.  Before Corona, even the popular club Barbie held Hakafot Shniyot. Later in his career, Rabbi Frankel gave Torah lessons in Yiddish to be broadcasted for Soviet Jewry behind the Iron curtain, continuing his concern for Jews and Judaism everywhere. 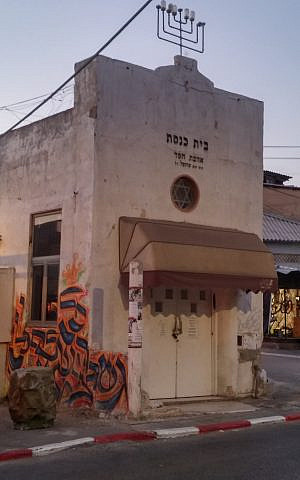 Today, the Florentine neighborhood is famous for the incredible graffiti art that decorates the streets. One of the streets is named for Rabbi Isaak Yedidya Frankel.