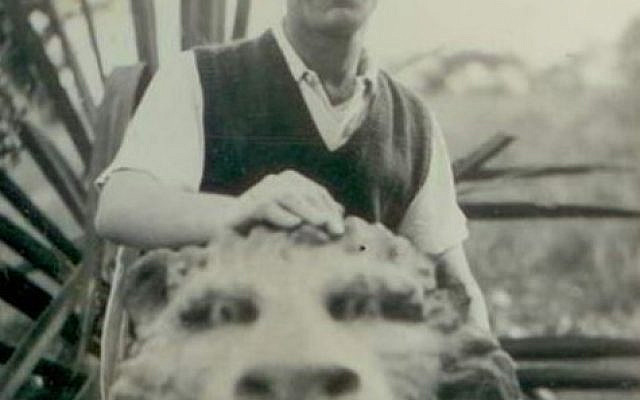 June 27, 1941 the Germans invaded Baranovichi. At that time there were 10,000 Jews living there. The Germans were invading with the plan conquer  Russia. Communication with Szyfra’s  sister Frania, Lifcia, Rozia and her mother came to an abrupt halt. No more letters or packages arrived. In the past they also received packages of clothing from the Pelta family in Konskie.  Syzfra wrote a postcard home to her mother; she probably never received it.

It turns out; those in Siberia were the “lucky” ones! Her mother and sisters were murdered, probably in Treblinka. This is how my Grandpa Leon and Grandma Szyfra survived.

They were in Sverdlovsk-Albletcz for total of fourteen months. Many bad things happened. People were beaten, Grandma and everyone else was sent to forced labor. To survive she stole potatoes from the fields to eat. If one was caught stealing they were sent to jail.

She saw other children starving. She gave them flour or whatever scraps she could spare. Once she gave away a pillow. Grandma had fond memories of Poland where they slept on very large pillows. As a child in San Francisco, I remember Grandma having very large pillows as well

In the woods of Siberia, Szyfra picked malina raspberries. She made juice with sugar that she received from sister Shayna. She was able to make one and a half bottles of raspberry juice. She used it as medicine (calorie nutrition) when someone had a high fever.  She got bitten up by the mosquitoes each time she went berry picking; but she felt it was worth it

Anders’ Army was the informal common name of the Polish Armed Forces in the East in the 1941–42 period.  This military was named in recognition of its commander Władysław Anders. The army was created in the Soviet Union. However, in March 1942, it was evacuated from the Soviet Union and made its way through Iran to Palestine (Eretz Yisrael). There it passed under British command and provided the bulk of the units and troops of the Polish II Corps (members of the Polish Armed Forces in the West), which fought in the Italian Campaign.

Anders’ Army is notable for having been primarily composed of liberated POWs. The formation began organizing in the Buzuluk area, and recruitment began in the NKVD camps among Polish POWs. By the end of 1941, the new Polish force had recruited 25,000 soldiers (including 1,000 officers), forming three infantry divisions. Menachem Begin (the future leader of the anti-British resistance group Irgun, prime minister of Israel and Nobel Peace Prize winner) was among those who joined. In the spring of 1942, the organizing center moved to the area of Tashkent in Uzbekistan.

The recruitment process met obstacles. The Soviets did not want citizens of the Second Polish Republic who were not ethnic Poles (such as Jews) to be eligible for recruitment. In addition, newly established military units did not receive proper logistical support or supplies.

Stalin agreed on the 18th of March 1942 to evacuate part of the Polish formation as a military force to Iran. The soldiers transferred across the Caspian Sea to the port of Pahlavi, located in Iran. Eventually, all the soldiers were allowed to leave the Soviet Union and to enter the British-controlled territories. When Anders’ Army reached Palestine (Eretz Yisrael), of it’s over four thousand Jewish soldiers three thousand left the army.

In February of 1940, Grandma Szyfra’s youngest brother Yitzchak (Icek Szmul Jurkiewicz) was arrested with Josec in Brest-Litovsk and sent to a lager  prison camp in Komi. Icek survived the camp and was drafted in the Anders’ Polish army at the young age of sixteen. Grandpa Leon’s brother, Izek Pelta was also drafted because he served in the Polish army prior to World War II. Grandpa Leon was not drafted.

Grandpa Leon’s father Yakov Pelta, was a tailor during World War I.  He was forcefully drafted into the Polish army in 1914 and only returned home in 1918! His job was sewing spy balloons for the Polish army.

Grandpa Leon’s brother Izec “Itche” Pelta (born 1904) converted to Catholicism on paper.  He was therefore, drafted as a technical sergeant (tailor?) in Anders Polish Army. While in Israel (British Mandate Palestine), he visited Cousin Rina Matz (whose mother was Rivka Pelta).  The Matz’s were one of the founding families of Kfar Bilu in Rehovot, Israel. Izec Pelta had the chance to run away from the army and change his identity; he refused to desert, as 3,000 others Jewish soldiers did.

This Polish army travelled from Siberia to Iran and then Tanganyika (Tanzania) in Africa. Eventually Izec Jurkowitz also ended up in Palestine (Eretz Yisrael). Unlike Izek Pelta, he did go AWOL and was eventually caught. As a punishment of the British Army, he was sent to slave labor in the coal mines of England, rather than return to army service.

About the Author
Arie E. Pelta, M.D., a Board Certified General and Colorectal Surgeon from the USA , made aliyah with his wife and 7 children in 2013. Received Rabbinical ordination in 1997. He is also a active Medical Corps Officer holding the rank of Captain in the IDF Reserves. Currently practicing in Laniado Hospital in Netanya; speciaizing in the surgical care of all problems of the colon, rectum and anus.
Related Topics
Related Posts
Arie E. Pelta